The application of Yannis Vasilis Yaylalı, a Turkified Greek who has been living in Thessaloniki for several years now for political reasons, to change his surname was accepted by a Bafra court.

In 2013, Yaylalı changed his name from İbrahim to Yannis Vasilis and applied to change his surname to Parharidis (Yayla).

Yaylalı, who was detained by the Kurdistan Workers Party (PKK) while doing his military service in Şırnak in 1992, discovered his Greek identity after being in Kurdish detention for two years.

Afterwards, Yaylalı, who embraced his Greek identity and became a peace activist, was arrested in 2017 for commemorating the Greek and Armenian genocides. 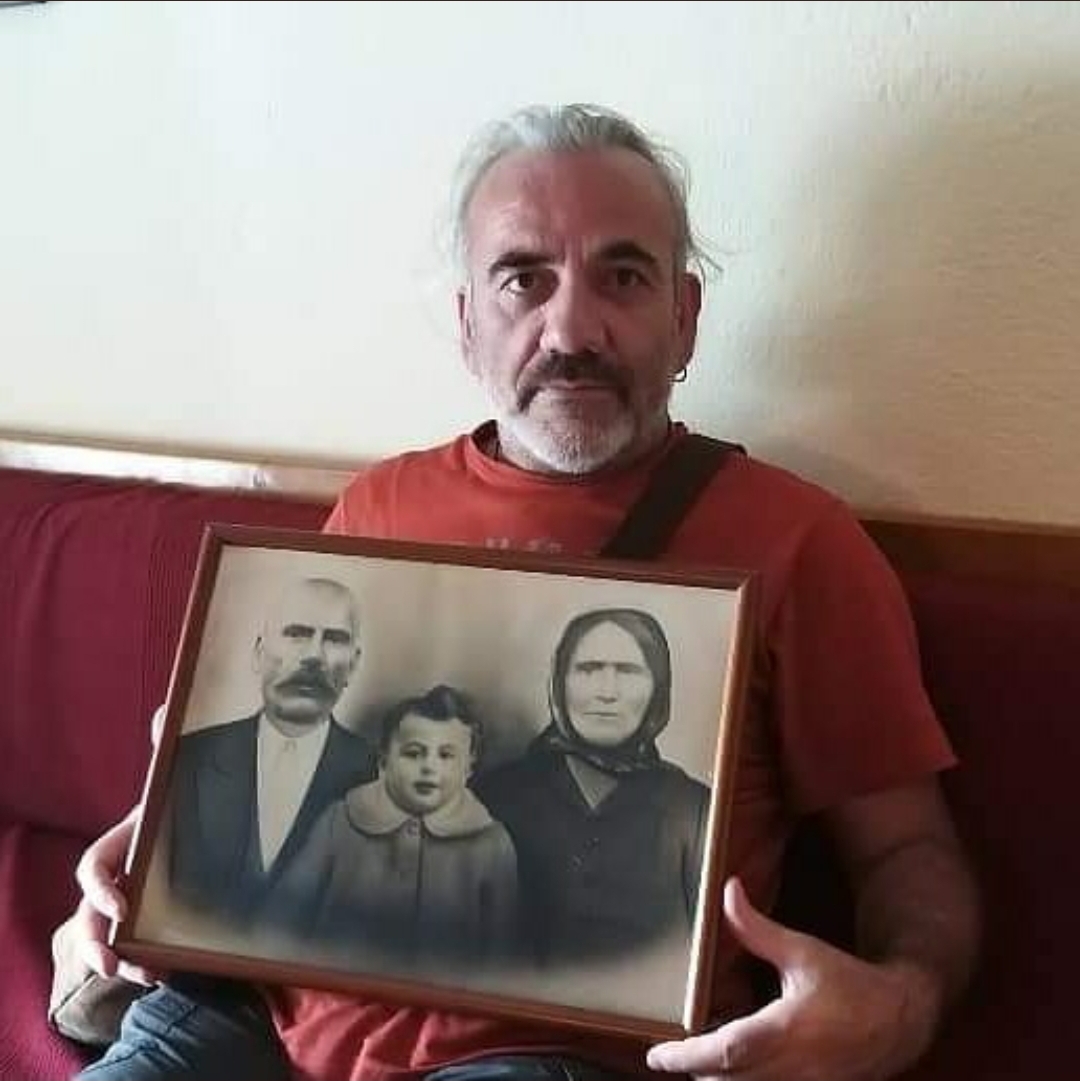 Yaylalı, who was imprisoned until 2018 on charges of "insulting the President", "encouraging people to disobey the law" and "making propaganda for a terrorist organisation", has been living in Greece since the beginning of 2019.

In the petition submitted by Yaylalı's lawyer, the following statements were made: “My client does not want to bear his surname because he does not feel a moral bond.

"My client learned years ago that he was actually Greek, not Turkish, and in this context, he changed his name from İbrahim to Yannis Vasilis.

"Accordingly, my client does not use the surname Yaylalı, but the surname Parharidis, which is mostly used by the Greeks.

"As it is known, the name and surname are one of the basic elements that are written in official records and are the proof of the identity of the individual."

As Greeks are indigenous to Anatolia and became citizens of the Republic of Turkey, it cannot be said that the surname Parharidis is foreign.

For this reason, as previously emphasised in the annotation of the Constitutional Court's decision on this issue, the definition of foreigner should not be understood as implying those who belong to different ethnic or religious communities among the citizens of the Republic of Turkey than those who constitute the majority.

For this reason, it is clear that the phrase 'with the names of foreign races and nations' in Article 3 of the Surname Law No. 2525 is contrary to Article 10 of the Constitution.

The European Court of Human Rights (ECHR) also places a very important value on the names and surnames of individuals in this context. The court has revealed that matters concerning the first and last name of one person fall within the right to private life.

"For the reasons we have explained above, first of all, due to the fact that the 3rd article of the 2525 Surname Law is contrary to the 10th and 17th articles of the Constitution, the file is sent to the Constitutional Court for concrete norm control, and the case is kept on hold until the decision is made, and as a result, with the acceptance of our case, my client's judgment I request by proxy that the surname, which is listed as 'Yaylalı' in the population registry, be changed to 'Parharidis'," the lawyer said.

Speaking on the subject, Yannis Vasilis Yaylalı said that the Surname Law was based on discrimination against Turkishness.

He stated that people such as Greeks, Assyrians, Laz, and Jews cannot use surnames suitable for their own identities due to this law.

"This law is against the 10th article of the Constitution. But come and tell this to state and government officials," he said.

"They take all kinds of taxes from us and send them to a part of the society."

"While offering all kinds of opportunities, they continue to treat us like stepchildren.

"I am Greek from Pontos. I am one of tens of thousands of children stolen during the Pontos genocide and given to Turkish families.

"This reality was hidden from us until my mid-twenties, when I was captured and shared with the public the dirty war waged against the Kurds."