Catherine Harding, girlfriend of Chelea FC star Jorginho, sent temperatures soaring on Friday as she hit up a Mykonos beach.

The 31-year-old singer, who shares daughter Ada, with Jude Law, displayed her figure in a skimpy white bikini with tiger prints 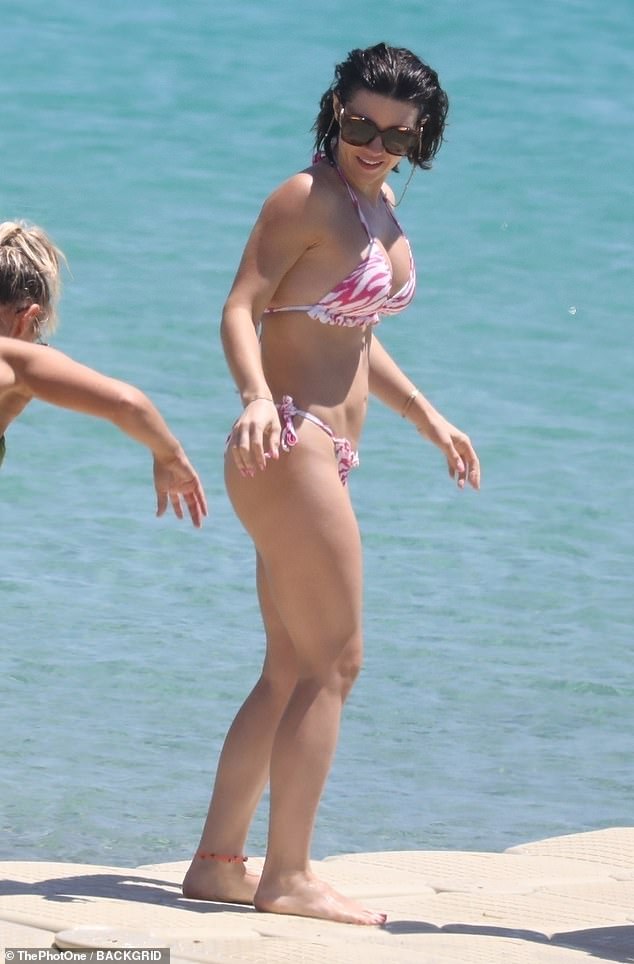 The couple appeared to be in their element as they enjoyed a ride on a jet ski.

In January, Catherine dismissed cheating claims as she joined the Chelsea ace in Miami and shared a defiant loved-up snap with him after fans spotted his profile on celebrity dating app Raya.

The former The Voice UK contestant took to her Instagram Story on to share a cosy snap of the pair in Miami together, where they were heading on a date night. 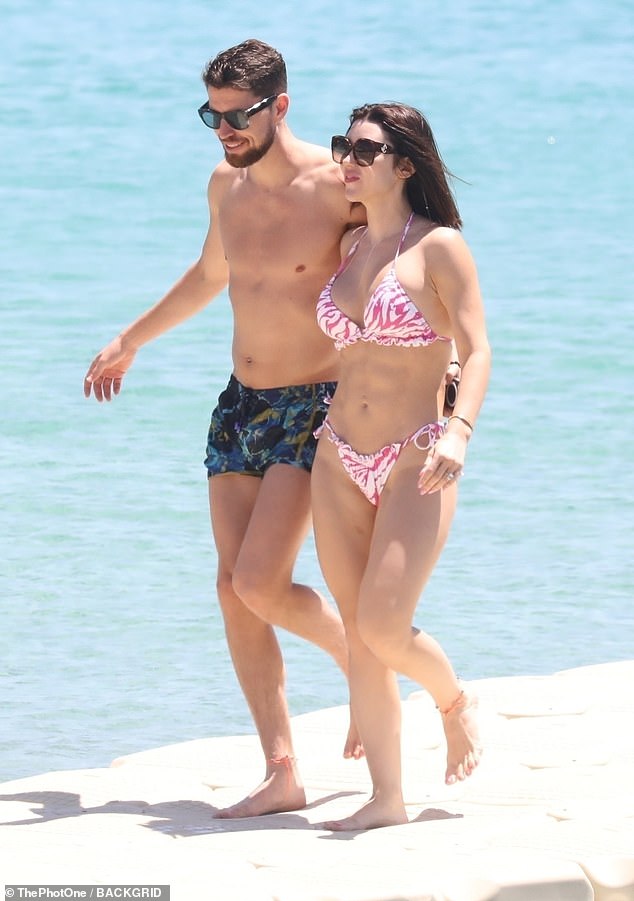 It comes after it had been claimed that he was on the app after travelling to Florida without Catherine and their baby for a getaway during the Premier League’s winter break.

The sportsman, who began dating the Enfield-native in 2020, put his arm around his girlfriend in the new snap, who looked stunning in a black thigh-split dress. 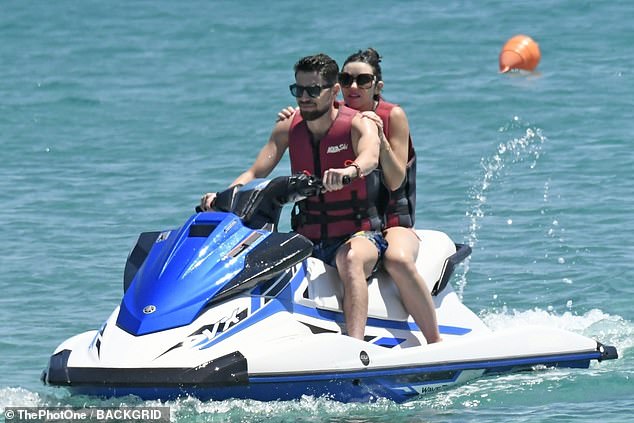 Catherine defiantly wrote in the caption: ‘He’s playing away…with me’.

Jorginho himself also shared a selfie with his beautiful girlfriend as they snuggled up at what looked like a sports match. 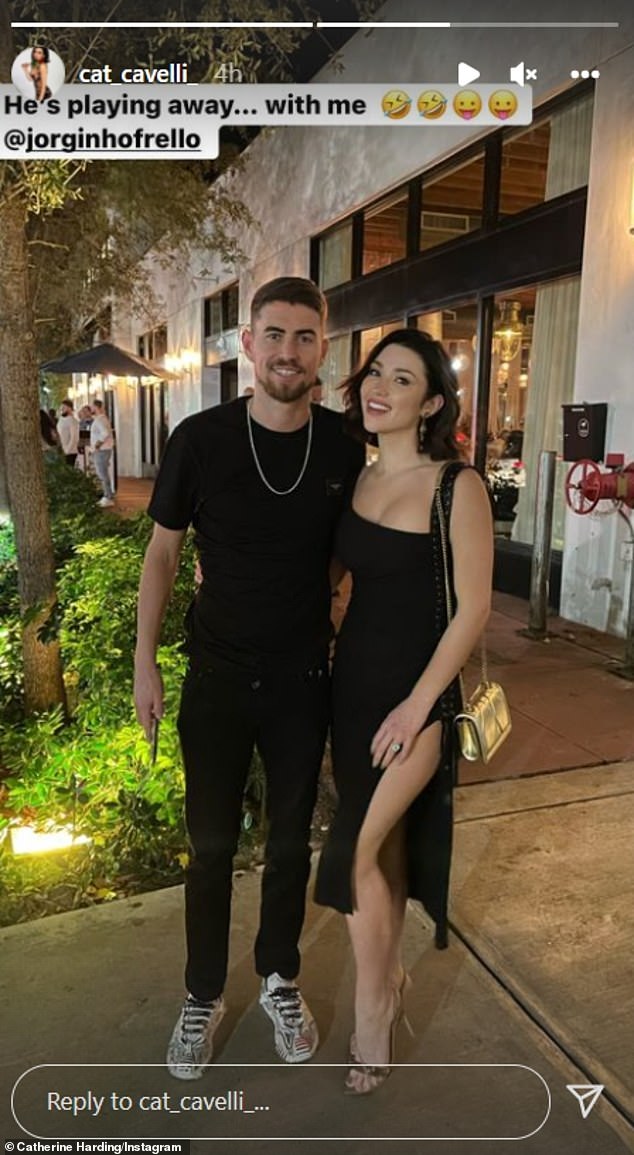 It comes after Jorginho’s Raya profile was spotted by a fan who linked up with his account, and they noted it does not include the ‘just here for friends’ message when appealing to potential matches.

According to The Sun, Jorginho’s profile links to his official Instagram account, which boasts three million followers, and notes that he is ‘visiting Miami from London.’

The user who discovered the profile said: ‘I was shocked because I know he has a girlfriend from what I’d read before.

‘His profile’s full of pictures of him playing for Chelsea or Italy. There is another shot of him topless in a pool. Our profiles matched but I didn’t speak to him because I knew he was with someone.’

A representative for Chelsea FC declined to comment when contacted by MailOnline at the time.

Jorginho and Catherine, who performs under the stage name Cat Cavelli, began dating in 2020, and they share son Jax, 16 months, after he split from his wife Natalia Leteri.

The couple, who share son Victori and daughter Alicia, had been married since 2017, and were together for three years. 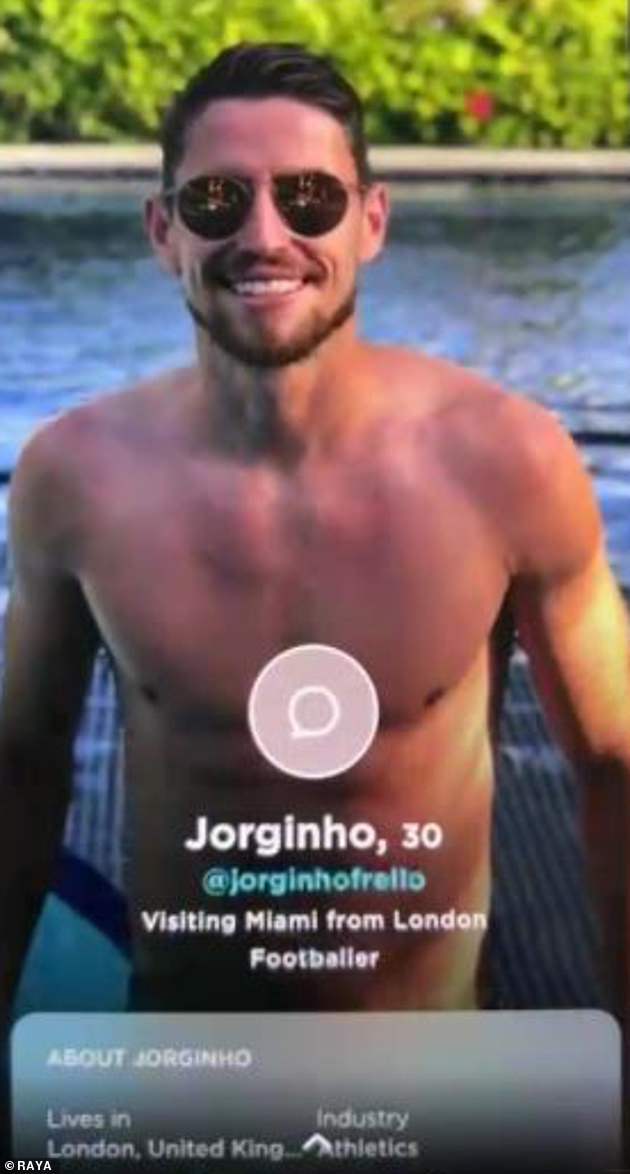 Unimaginable prices in Mykonos: €25 per souvlaki, €150 for fried squid