NBA legend Magic Johnson has visited many islands of Greece this summer. The famous former basketball player travels all over Greece, advertising the Greek landscapes and in every way deifying the Greek summer and the beauties of the country.

As it was revealed almost by chance, on Sunday night Magic Johnson was in Zakynthos where he enjoyed fish at the well-known Taverna Komi, a place that hits almost the perfect score in the rating of people who have dined there.

Along with Magic, in Zakynthos were the famous Hollywood actor Samuel Jackson and the well-known singer LL COOl J.

We enjoyed a beautiful dinner last night at Komis Fish Tavern in Zakynthos, Greece with our friends Richard and Tina Lawson, Simone and Todd Smith, LaTanya and Sam Jackson, and Vicki and John Palmer! pic.twitter.com/jqAJfH3elz

The basketball legend, following his excursion into the waters of the Ionian, was also on the island of Kefalonia, where he enjoyed his lunch at a well-known tavern in Fiskardo.

The lens of some would-be "paparazzi" captured the group of stars, who have excited every Greek with their presence in our country. 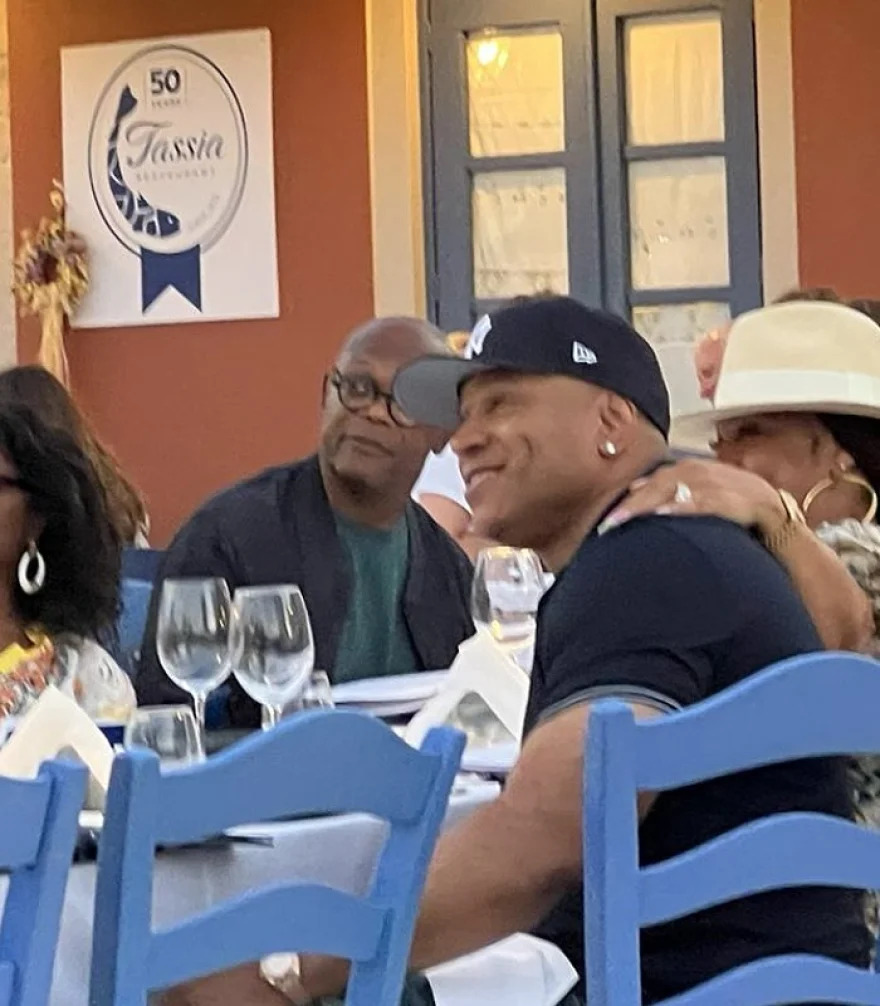 The star was in Skorpios and enjoyed the beauties of the island. He captured the moment with an Instagram Story, writing: "I loved the beautiful Skorpios island."

A few days ago, the NBA legend visited Athens and enjoyed the view of the capital city from the Acropolis, while referring to this experience and commenting on it as " life changing".

Since then he has travelled the Greek islands and does not stop posting pictures, together with his famous friends.

First he visited Mykonos, then he was in Santorini, where he posed with the blue dome of the Three Bells of Fira and the volcano in the background. "Cookie and I at the famous Church of Three Bells of Fira in the beautiful city Santorini! Behind us you can see a volcano,” he wrote in the post.

Following his excursions, the Greek waters took him to the Ionian Sea and Zakynthos, where he was immortalised with his wife and friends, writing in the caption: "We enjoyed a beautiful dinner last night at Komis Fish Tavern in Zakynthos, Greece with our friends Richard and Tina Lawson, Simone and Todd Smith, LaTanya and Sam, and Vicki and John Palmer!" 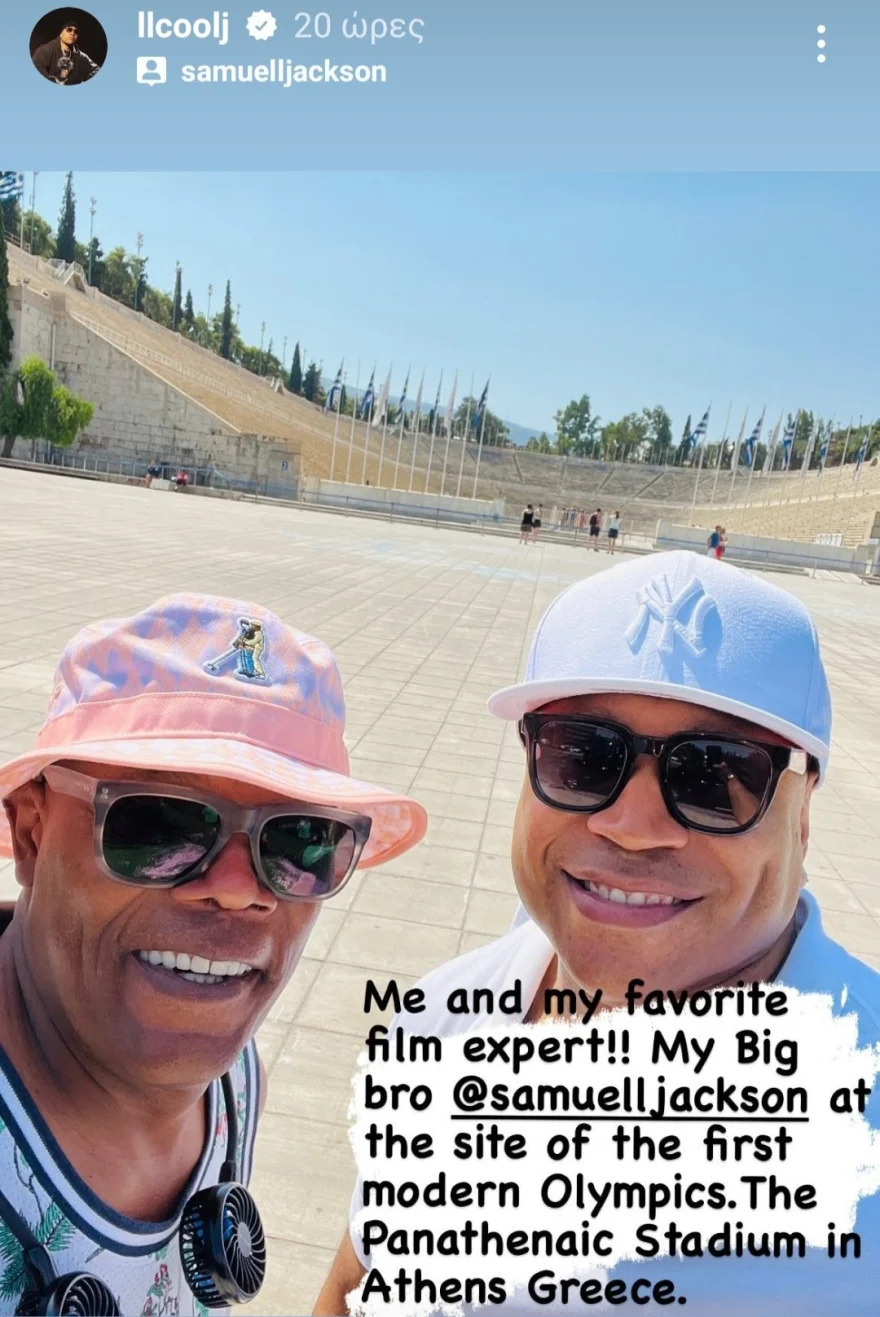 It is worth noting that together with Magic Johnson, the great actor Samuel Jackson is in Greece, as well as LL COOl J, rap legend, businessman and actor, since he starred in the TV series NCIS: Los Angeles.