On April 7 1999, Greek football team AEK Athens travelled to Belgrade for a friendly match against Serbian side Partizan.

What makes this appearance special though is that it happened while Belgrade was under heavy bombardment by NATO.

The NATO campaign against Yugoslavia lasted around 80 days, from March 24 to June 10 1999, and resulted in the deaths of more than 500 Serbian civilians (Yugoslav estimates range it in many thousand).

The capital, Belgrade, was a notorious target for the bombing.

This made the arrival of AEK Athens for a friendly match and an unconditional show of solidarity even more admirable.

The journey was complicated for the Athenian team as they first had to fly to Hungary and then travel to Serbia by bus since there was no guarantee of safety over Serbian airspace.

Yet. when the Greeks arrived in Serbia they were greeted brotherly, underlying the shared history and relations of both countries.

The match itself was not anything special. 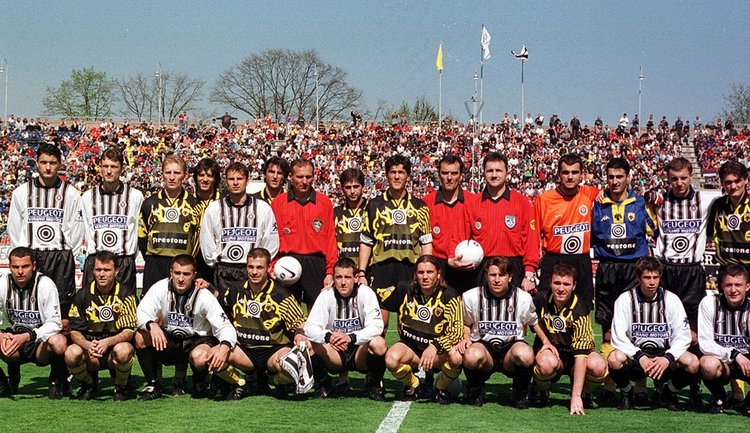 With the score at 1-1 after 69 minutes played, fans rushed onto the field from the stands, started hugging each other and the players, and waving flags.

In general, the atmosphere was electric.

There were over 25,000 people at the AEK-Partizan match.

Many held banners against the bombing, condemned NATO in its aggression, and promised to donate the game revenue for humanitarian purposes.

The NATO bombing was in support of the terrorist Kosovo Liberation Army who were conducting a campaign of ethnic cleansing to rid the territory of its Serbian population and eventually call for independence.

READ MORE: Dendias warns from Serbia that Turkey seeks to influence Balkans through economy and religion.

Two E.U. Presidents Visited Turkey. Only the Man Was Offered A Chair.

Kosovo: "Consolidation of peace and security is of primary importance," says Dendias

Russian ambassador left a conference in Serbia after Tsipras' message