From the village of Platanos in south-central Crete, Georgios Katechakis (1881 – April 22, 1939) was a Greek fighter, Major General in the Greek Army and later a politician.

Katechakis came from a long line of Cretan fighters who had participated in the Greek Revolution and Cretan Revolts of the 19th century. 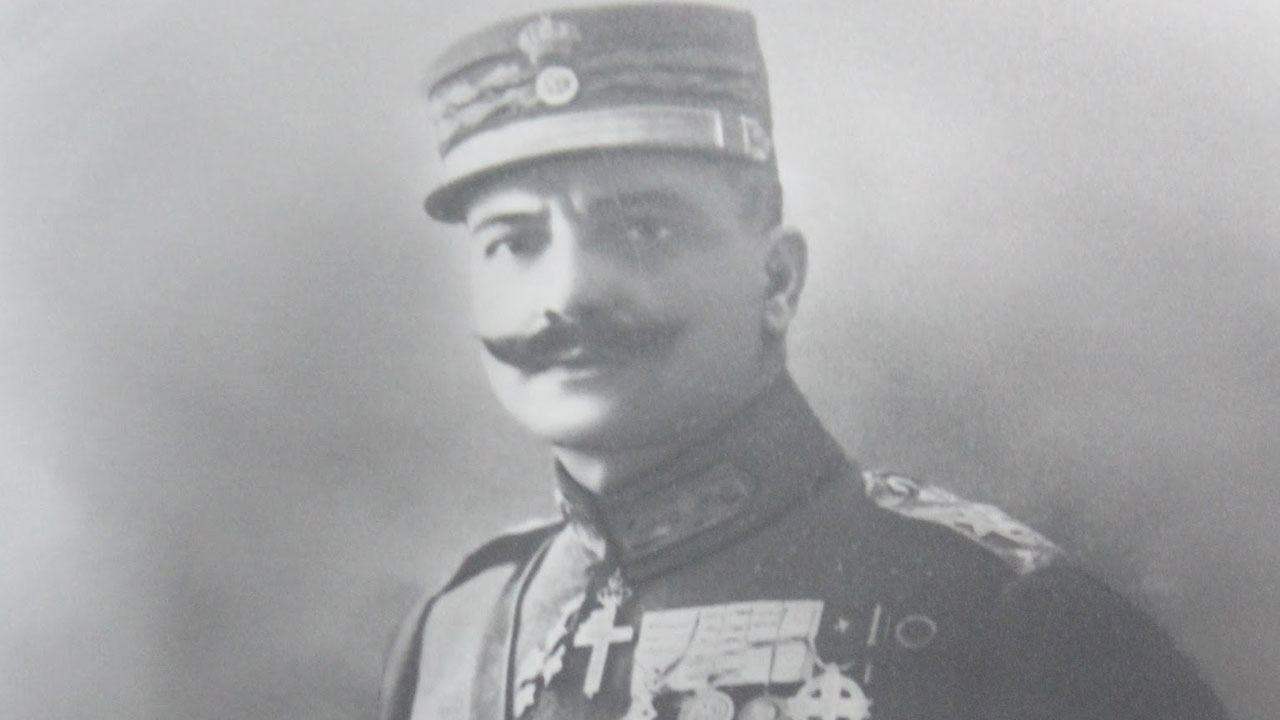 He enrolled in the Hellenic Military Academy, graduating in 1902.

The Cretan was one of the first officers to volunteer, head to and fight for Macedonia during the outbreak of the Macedonian Struggle (1904-08).

Under the pseudonym of “Kapetan Rouvas”, he led armed bands throughout Macedonia, focusing on the areas surrounding the towns of Grevena, Kastoria and Monastiri.

In 1908, Katechakis returned to Crete, to assist in the establishment of a Crete free from Ottoman rule.

By the time the First Balkan War broke out in 1912, he had risen to the rank of Captain.

He participated in the Balkan Wars (1912-13) as leader of various Cretan volunteer corps, fighting both in Macedonia and in Epirus.

Following victory in the Balkan Wars and the liberation and union of both Epirus and Macedonia with Greece, he became Major General of the Greek Army.

He was active during World War I and led the Greek military delegation in Constantinople when it was controlled by the victors (British, French, Italians and Greeks).

Following the Asia Minor Catastrophe (1922), Katechakis was appointed Governor-General of Thrace as a defensive means should the Turks launch an attack.

He later turned his hand to politics, serving as a member of Parliament from Heraklion, later serving as Minister of Military Affairs, and later as Governor-General of Crete.