The Australian Ambassador to Greece joined the Greek Deputy Minister of Defence  in laying a wreath at the Tomb of the Unknown Soldier, honouring all the Greek soldiers who served side by side with the Australian and New Zealand soldiers (ANZACS).

The Ambassador said that he “laid a wreath to honour the ANZACs who lost their lives in Greece.” 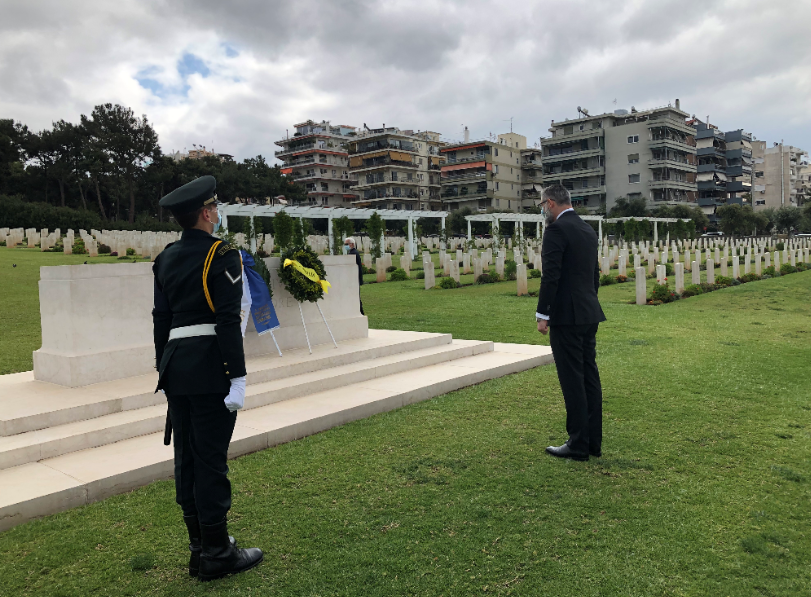 He also said that he was “very moved to lay a wreath” at the Tomb of the Unknown Soldier in Syntagma Square, Athens.

President Sakellaropoulou at Missolonghi: We must live up to our ancestors' historic legacy

Dendias has luncheon with Ambassador’s from “Anglo Five”

‘The Evzones Collection’ raises over $25,000 for charities across Australia