They graffitied Nazi symbols on it. 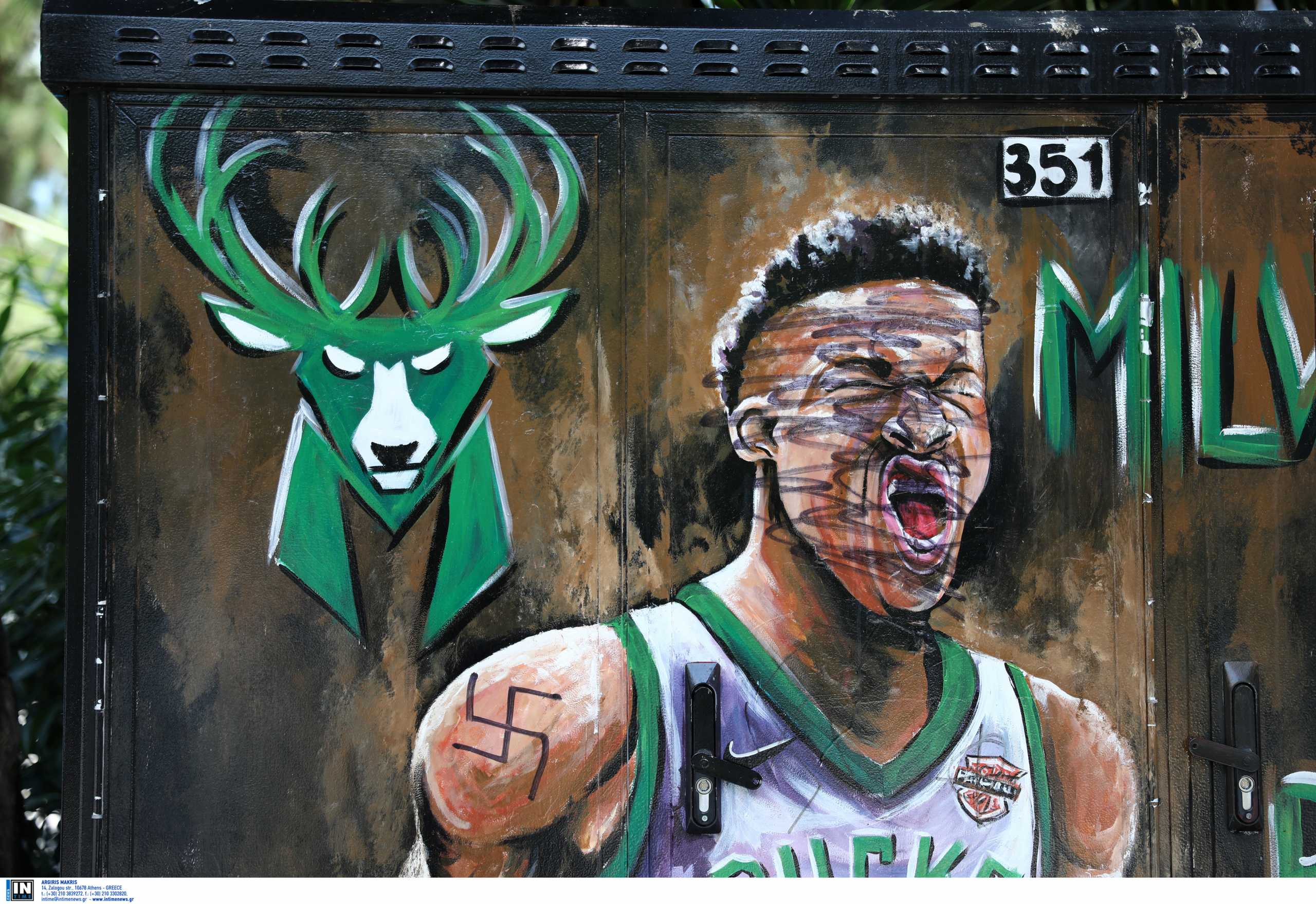 They also smudged the face of the Greek basketballer.

“His goal is to be at Tokyo,” his long-time agent mentioned in an interview to the Greek public broadcaster, “Whenever he can be available and healthy, he will play for the National Team.”

Greece holds a chance to book the trip to Tokyo through the Olympic Qualifying Tournament in Victoria, Canada.

The top-ranking country out of the six-team tournament will complete Group A of the Olympic tournament preliminary round with the USA, France, and Iran waiting for their third opponent.

Arthur Papas is not joining Ange Postecoglou at Celtic FC

ON THIS DAY: Giannis Antetokounmpo’s father Charles passed away

Giannis Antetokounmpo: “I would go back to selling CDs to have my father back”