Illegal immigrants from Middle Eastern countries are flocking from Belarus to the Baltics, particularly Lithuania, in scenes that we have become mostly accustomed to in Mediterranean countries and not in this part of Europe. Brussels appears to be in shock after this clear demonstration of migrants being weaponized, but this is not a new situation for the likes of Spain, Italy, Greece and Cyprus.

This time however, it appears a little too close to home for non-front-line EU states, such as Germany and Sweden, who never fully understood the magnitude of the crisis in the Mediterranean and had officials label those who called out the weaponization of migrants as fascists and reactionaries.

Europe is convinced that the Baltics migrant crisis is Belarussian President Alexander Lukashenko’s revenge for sanctions against his country and the EU’s support for opposition figure Sviatlana Tsikhanouskaya. It is likely that Lukashenko is emboldened to weaponize migrants seeing the continuous flows of money that Turkey extorts from Brussels with the same method, perhaps hoping he can get a similar deal.

According to Lithuanian Deputy Minister of the Interior Arnoldas Abramavičius, every night border guards catch groups of illegal immigrants entering without documents and said that their numbers are constantly growing. He said historically most illegal immigrants came from post-Soviet Central Asian countries like Tajikistan and Uzbekistan, but now 75% are Iraqis who do not even know which country they are trying to enter – they only know it is the EU.

Brussels however cannot pretend it is shocked. In May, Lukashenko warned that Belarus was an obstacle in narcotic and migrant flows to the EU. Under Western pressure, Minsk is now enacting Lukashenko’s statement of: “We stopped drugs and migrants, now you will catch them yourself.”

In the Lithuanian capital of Vilnius, his words were seen as a threat, with Foreign Minister Gabriel Landsbergis accusing Minsk of a “hybrid attack.” Lithuania is the main critic of Lukashenko and even hosts Tsikhanouskaya and several other opposition leaders and activists. In fact, Lithuania was one of the first EU countries to impose sanctions against Belarus for supposed voter fraud in the 2020 elections.

According to Lukashenko, Belarus is fighting illegal migration, “but only to the extent necessary that is beneficial to the country and financially possible. If anyone thinks that we will now close the border with Poland, Lithuania, Latvia and Ukraine and turn into a colony of refugees from Afghanistan, Iran, Iraq, Libya, Syria, Tunisia, is wrong. We will never hold anything: they are not with us. They are going to an enlightened, warm, cozy Europe.”

Lithuania acknowledges that it has no concrete evidence of Belarussian authorities being involved in the transportation of migrants. However, it is known that Belarussians invite Iraqi tourists and issue visas directly at the airport. From there, according to Lithuania, specially organized trucks and buses transport them to the border to enter Lithuania through the forests. 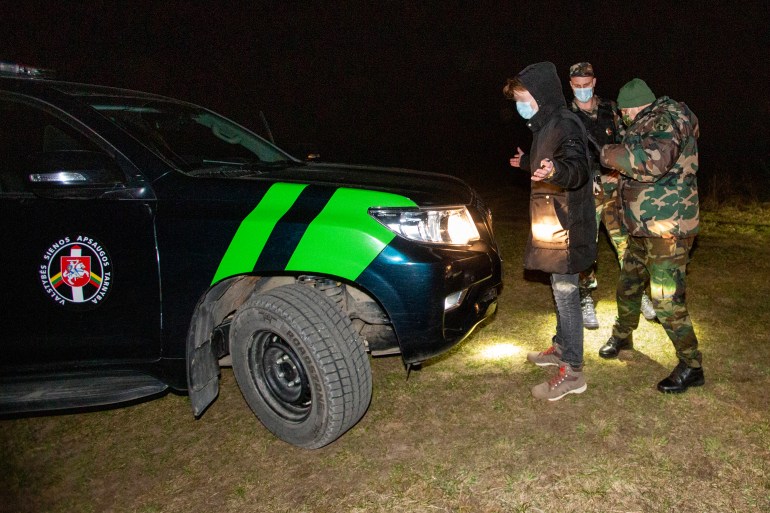 According to Abramavičius, in a country like Belarus, where the government is centralized, it is impossible to just arrive at Minsk airport, get on bus to the border, and not attract the attention of police, border guards and security services. According to him, the transportation of people could be organized by smugglers.

When Turkey threatened the EU with mass flows of illegal immigrants in 2015, Western European countries opened up, thus burdening front line states who are less economically developed then their Western and Northern European counterparts. This crisis led to demographic change and a culture war within the EU. However, the aftermath was evident, a massive spike in terrorist attacks and crime rates across Europe. Meanwhile, Turkey continues to receive funds from Brussels, including $3.6 billion as recently as last month, despite even admitting to weaponizing illegal immigrants in February-March 2020 against Greece.

As Lithuania does not recognize either the Belarussian government or Lukashenko as president, they have effectively terminated any cooperation. Instead of dealing directly with Belarus, Vilnius has asked Turkey to help identify migrants coming into Lithuania from Belarus.

“A large part of the people arrives there from Turkey, on Turkish airlines. We believe that Turkey knows their identities,” Landsbergis said. “In cooperation with Turkey, we can easily determine their identities and demand they are accepted by the states they originate from.” 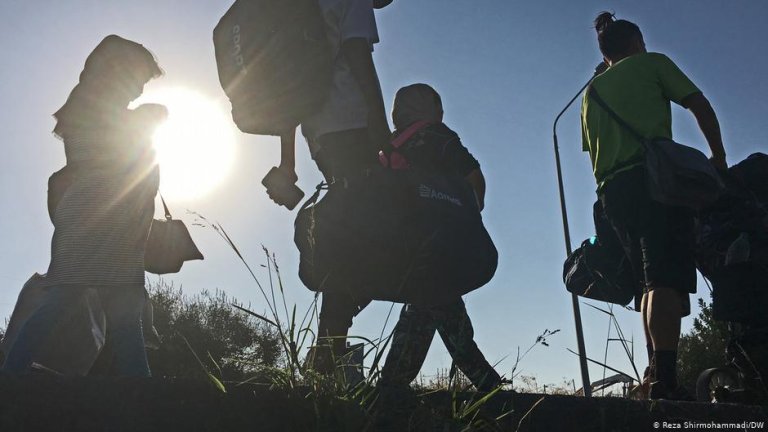 As difficult as the situation might be for the Baltic countries, they too can also benefit from the situation. The new migrant crisis can be used as a pretext to receive funding from Brussels to secure the border and accommodate illegal immigrants. There have been reports in the media that Lithuania intends to build a fence on the Belarussian border, claiming it will cost about 15 million euros. So far, Vilnius has decided to install surveillance systems on the Lithuanian-Belarussian border to combat the illegal flow of migrants and to speed up the asylum procedure.

Meanwhile, the flow of illegal immigrants is not declining in what is likely a pressure campaign by Lukashenko to win concessions from Brussels, just as Ankara has done with success time after time. However, Lithuania is also learning the price of unnecessarily causing hostilities with Belarus since it was a bulwark of stopping flows of narcotics, weapons and migrants from entering the EU.

READ MORE: Montreux Treaty is being challenged by the construction of the Istanbul Canal.

Metropolitan of Messinia: Those refusing COVID-19 vaccinations are sinning

Quarantine tossed out for fully vaccinated Britons returning from Greece, Cyprus from July 19