Stationed on board of the Elli-Class Frigate Aigaion (F-460) in the Mediterranean Sea
west of Crete, the S-100 showcased in a one-week trial its range, endurance and
speed, as well as its maritime surveillance and detection capabilities, to the Greek
Navy.

For the demonstration flights, the CAMCOPTER® S-100 was equipped with a
Trakka TC-300 EO/IR sensor and a Shine Micro Automatic Identification System (AIS)
receiver.

The scenarios alternated day and night take-offs and landings. They included
cooperation with other Greek Navy vessels, maritime traffic monitoring and coast
observation.

Hans Georg Schiebel, Chairman of the Schiebel Group, said: “Our CAMCOPTER® S-100 is the only UAV of its class with extensive flight experience. It is operated by 14 navies worldwide and we are very proud that we had the chance to successfully showcase our system to the Hellenic Navy.”

Founded 1951 in Vienna, the globally operating Schiebel Group focuses on the development, testing and production of state-of-the-art mine detection equipment and the revolutionary CAMCOPTER® S-100 Unmanned Air System (UAS).

Certified to meet AS/EN 9100 standards, Schiebel has built an international reputation for producing quality defence and humanitarian products, which are backed by exceptional after-sales service and support.

The Vertical Takeoff and Landing (VTOL) UAS requires no prepared area or supporting equipment to enable launch and recovery.

It operates by day and by night, under adverse weather conditions, with a beyond line-of-sight capability out to 200 km / 108 nm, over land and sea.

Its carbon fibre and titanium fuselage provides capacity for a wide range of payload/endurance combinations up to a service ceiling of 5,500 m / 18,000 ft.

High-definition payload imagery is transmitted to the control station in real time. 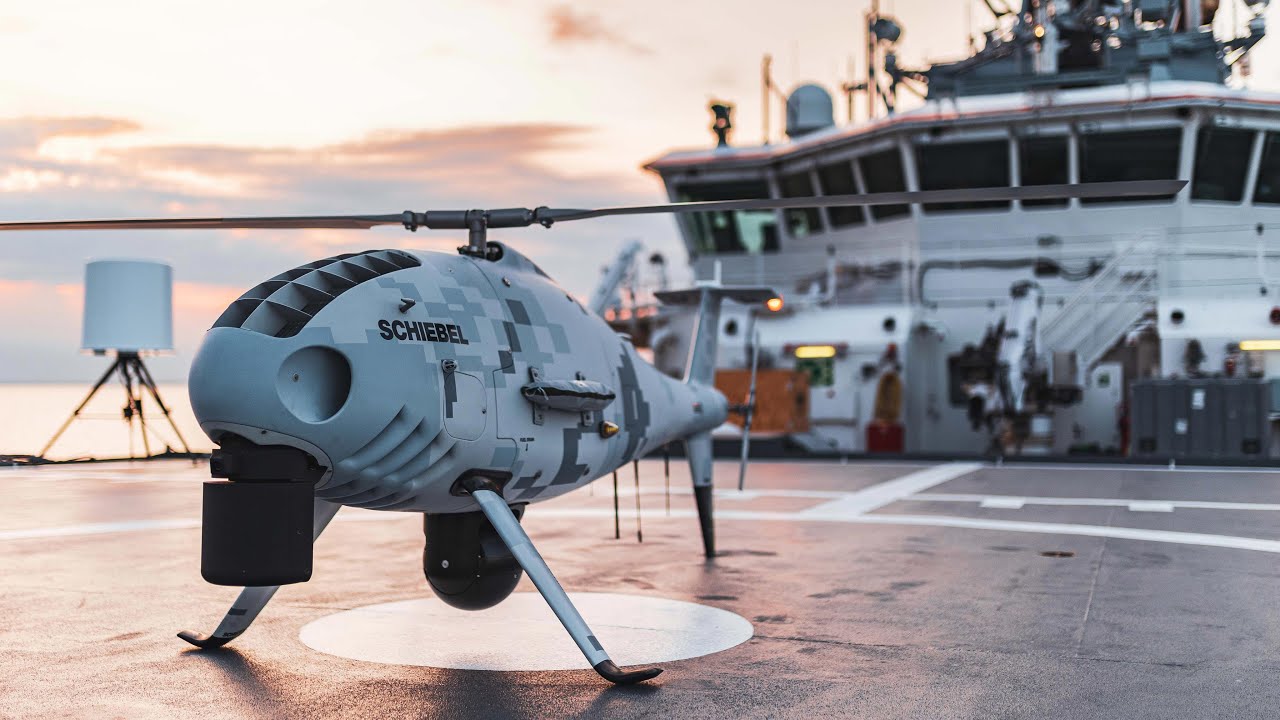 In addition to its standard GPS waypoint or manual navigation, the S-100 can successfully operate in environments where GPS is not available, with missions planned and controlled via a simple point-and click graphical user interface.