Turkish newspaper Hürriyet was excited once again after Alexis Tsipras, leader of Greek opposition party SYRIZA, voted no for the 2022 defence budget.

What the leader of the official opposition said last Saturday about an “arms race” is strongly presented in the Turkish newspaper with the title: “Tsipras accusations against Mitsotakis: Why are we equipping ourselves? Will we become a superpower?”

The article states: “Former Prime Minister Alexis Tsipras, leader of the SYRIZA party in Greece, strongly criticised Prime Minister Kyriakos Mitsotakis for defence spending, during the discussion of the 2022 budget in parliament. 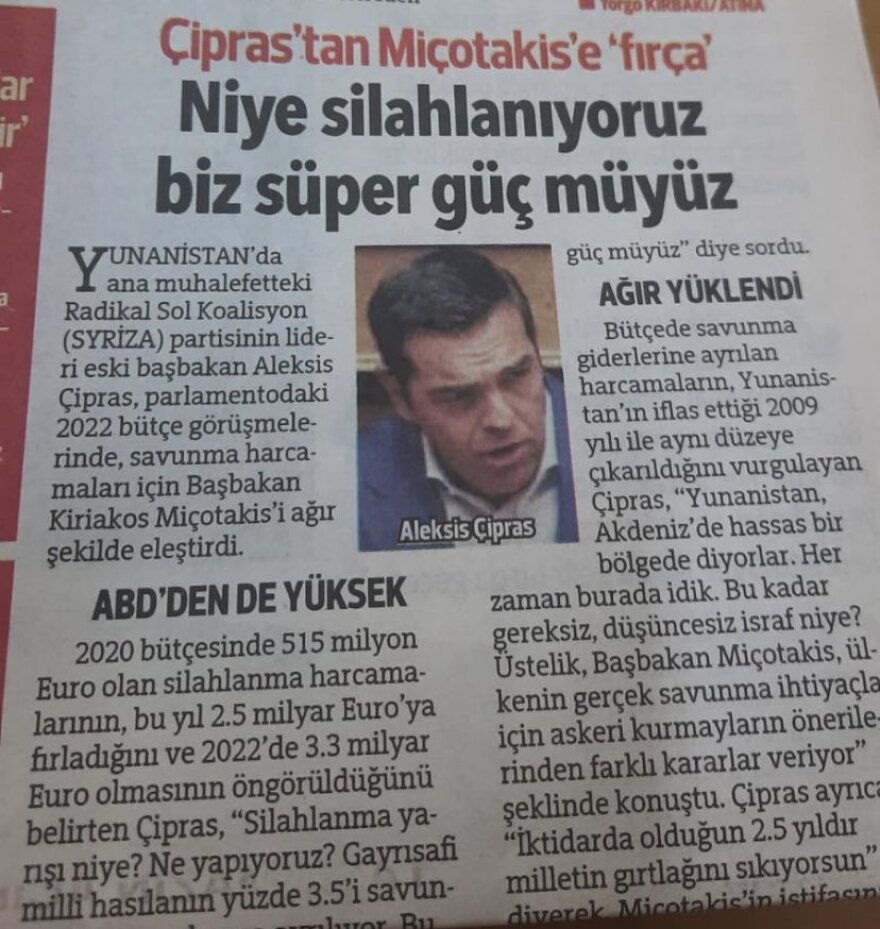 Commenting on SYRIZA’s refusal to vote in favour of defence spending, Mitsotakis said: “The first six Rafale land in Tanagra in January, and in the coming weeks the final agreement for the 3 Belharras will be signed.

“At this juncture, the official opposition is voting against defence spending, once again breaking with a tradition in the Greek Parliament that says that despite our disagreements, the opposition has always voted for defence spending.

“The people will draw the conclusions. You are always present in what divides and always absent in what unites. Let it be!”