Undoubtedly 2022 is gearing up to be a hot summer in Greece, so we have compiled for you the five MUST have Greek drinks in the Mediterranean sun this summer. One of the most popular non-alcoholic drinks that you will be offered on Athens’ beaches is Visinada. This soft drink is traditionally made from cherry juice or cherry pulp.

Visinada is a favourite summer drink of the Greeks: it refreshes and invigorates due to its vitamin C content. And it is simply a delicious drink that is pleasant to drink in hot weather. A cafe on the beach will often serve you a bottled Visinada, that is, a commercial version of the drink.

Another version of Visinada that you might get in fast food cafes and restaurants: Greeks dilute a very sweet cherry syrup with water or soda and add ice. This type of syrup is not hand-made, but an industrial one, and it contains lots of sugar. Such Visinada turns out to be tasty, but not the most delicious.

But if you are lucky enough to find an authentic taverna, you can try traditional Greek Visinada there. This drink will not leave anyone indifferent: both children and adults love it.

For the traditional Visinada, the Greeks usually use the wild sour cherry, but the cultivated cherry is also widely used. To make a Visinada, the Greeks knead ripe cherries in a blender, boil them, add sugar, lemon juice and turn the cherries into a honey-textured syrup. This Visinada is obviously more natural, has a pronounced fruity taste, and is more healthy.

Hopefully, on your trip to Greece, you find a tavern that serves the most delicious authentic Visinada. You can also try making the Visinada at home if you have ripe cherries on hand.

You should never leave Greece before you’ve enjoyed a relaxing cup of frappé. It’s a foam-covered iced coffee drink made in a shaker from instant coffee, sugar, ice cubes, and water. Milk can be added as well if it’s your thing.

Frappé is most often made from Nescafe coffee because the accidental inventor of the drink worked for a representative of Nescafe at the time. Yes, frappé was invented "accidentally" – in 1957, Dmitris Vacondios, while working at a fair to introduce a new children’s chocolate drink from Nescafe, wanted to make a coffee for himself.

Vacondios couldn’t find any hot water, so he mixed his beloved Nescafe with cold water in a shaker. Thus, frappé was born. Although frappé has become popular all over the world now, there is the proper way to enjoy it – slowly sipping on the iced drink, sitting under the hot Greek sun in a small beach café.

If you love beer, you will love Greece! There are more than 70 different beers made in Greece and on many Greek islands. The best-known labels are Fix and Mythos. Fix was the first beer to be produced in 1864. Both of these beers are now being produced by the multinationals, Heineken and Carlsberg. Having said this, there are also some excellent beers being produced by numerous microbreweries.

Beer of all kinds are made in Greece: IPA (Indian Pale Ale), Stout, Pils, Weiss, and Ale, but Lager is the most popular kind. Several of the micro-breweries have won international awards for their beers, including Nissos on Tinos, and Septem on Evia.

Until recently, the hops and barley were imported to Greece, but in the last few years, several microbreweries have started growing their own crops. If you want to discover the wide array of Greek beers under one roof, Barley Cargo at 6 Kolokotroni, in Athens, is the place to go!

So, what are you waiting for? Order a Greek ‘Býra’ (beer in Greek) on your next visit!

Better yet, why not book this awesome Athens Drinks & Taverna Evening Tour for a truly unique experience visiting some of the coolest Athens neighbourhoods and sampling the best in Greek food & drink! 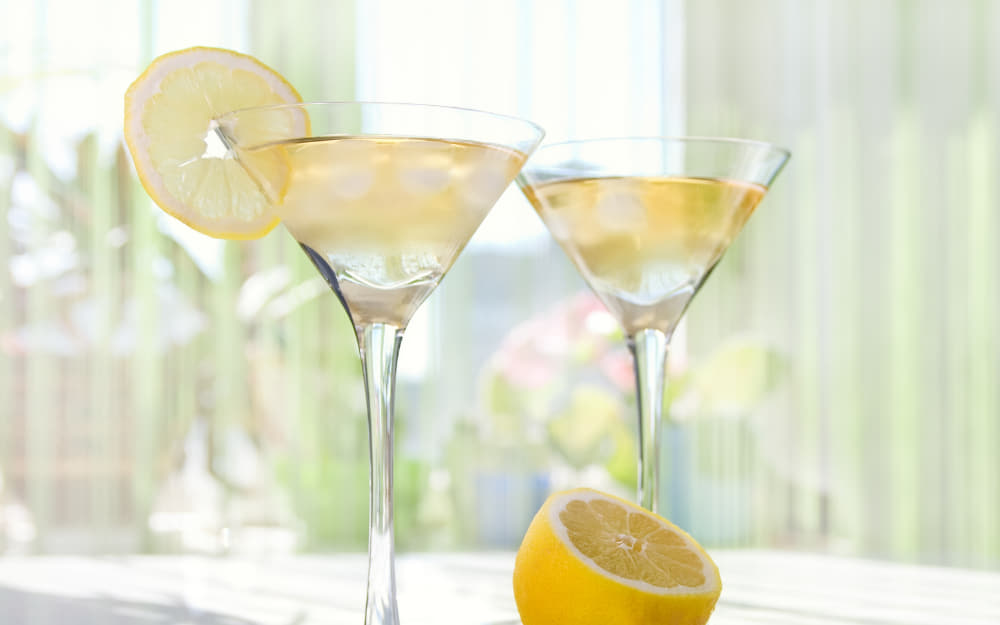 The Greeks are well-known for being passionate about their food and their drinks. Drinks in Greece are as much a part of the culture as gods and food. The Greek liqueurs, in particular, are becoming increasingly popular around the world. People love trying different liqueurs, and the Greeks are eager to share their distinct spin.

Kitron is one of three Greek liqueurs marketed with a Protected Designation of Origin. Much like Scotch whisky, if it is not made on the Greek island of Naxos, you are not drinking real Kitron. The leaves of a citron tree are the source of Kitron’s distinctive flavour. As you might expect, given the name, citron is a more sour cousin to the typical lemon.

To make this Greek liqueur, citron tree leaves are collected late fall/early winter, when the leaves have the most flavour. The leaves are then soaked in alcohol and water to extract the essential oils. This mixture is then distilled up to 3 times to get pure Kitron distillate. Distillers then add sugar and water to get to the specific ABV.

Different temperatures produce different colours and flavours. My favourite is green Kitron, which is distilled at a lower temperature to produce a sweeter flavour than the more astringent higher alcohol yellow variety. I would best describe the taste as citrusy and sour. Imagine if French Cointreau had a baby with Italian Limoncello.

Normally sipped in Greece as an aperitif, my favourite way to enjoy Kitron was introduced to me while living in Spain. An inventive bartender in Barcelona mixed Kitron with French champagne and some homemade bitters. The cocktail was a Mediterranean breezy afternoon served in a glass. 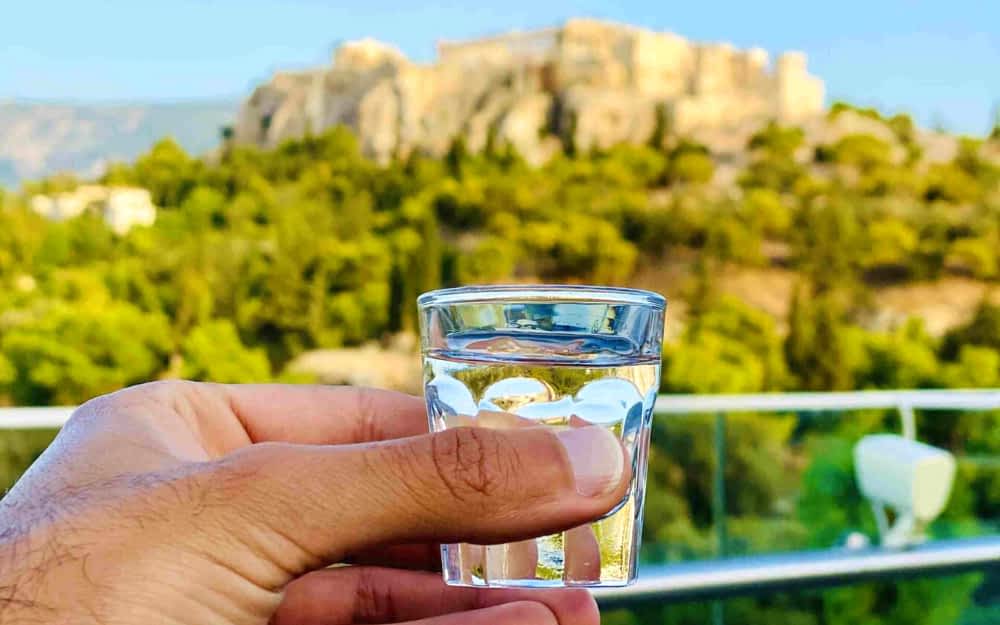 Mastiha tastes of summer! If a nice summer evening after a day at a Mediterranean beach is defined, it will be the taste of this refreshingly cool drink.

Mastiha is as Greek as it gets, it is a product made only from the raisin of mastic trees in the island of Chios.

The locals bleed the trees for its sap and when it falls to the ground, it hardens and takes the form of solid drops. These are called tears of Chios. Only a small section of islands in the south has the microclimate to produce this valuable sap.

The local producers are very loyal to the traditional method of harvesting this crop and the process of making the liqueur has been passed down generations. The crystals of mastic tree sap and ground are added to pure alcohol with sugar and then sold as Mastiha. The most reputed brands are Kleos and Skinos.

The best way to enjoy Mastiha is on the rocks as an aperitif but you can also drink it in the afternoon as a refreshing drink.

There is a new generation of Greek mixologists who have focussed and produced a ton of cocktails made with Mastiha which are quite easily available around especially in Athens.

Cargèse: The secret Greek hamlet in Corsica you never knew about