The Turkish Directorate of Culture and Tourism denied the new incident of vandalism in Hagia Sophia, claiming that the image of the broken Ottoman water tank that was turned into a shoe rack “does not reflect the current situation”.

A tweet by Turkish archaeologist Ömer Faruk Yavaşçay caused an uproar because the attached photo showed a historic Ottoman water tank into… a shoebox.

According to Istanbul’s Directorate of Culture and Tourism has issued a statement of refutation, claiming the photo in question is old, has nothing to do with reality and that the broken cover is essentially a choice of the archeological service.

According to the announcement, this is not an Ottoman water tank, but a marble jar of the same period, from which a piece was detached from the cover.

As the announcement points out: “the investigation showed that the newest piece, made of copper, was cut from the original part of the cover and then it was decided – according to maintenance methods known and applied all over the world – to leave the existing condition without new addition to the copper cover of the marble jar.” 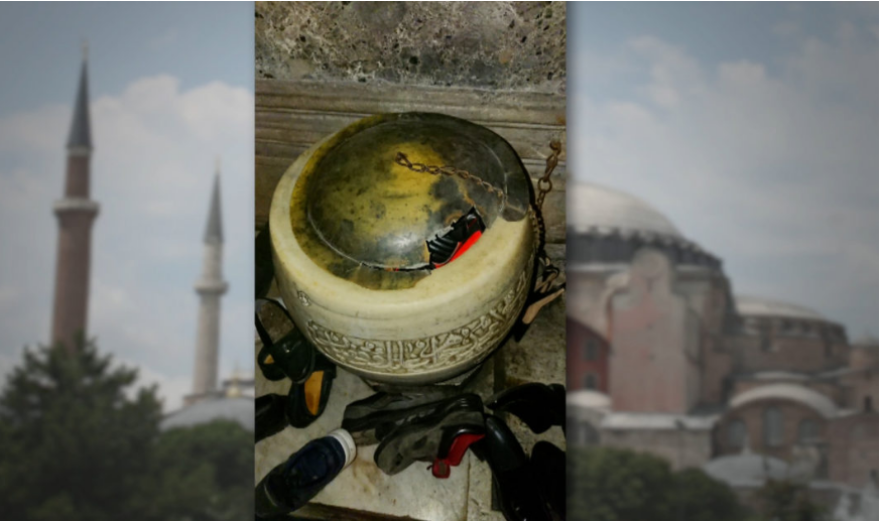 Originally built as a Christian Orthodox church and serving that purpose for centuries, Hagia Sophia was transformed into a mosque by the Ottomans upon their conquest of Constantinople in 1453. 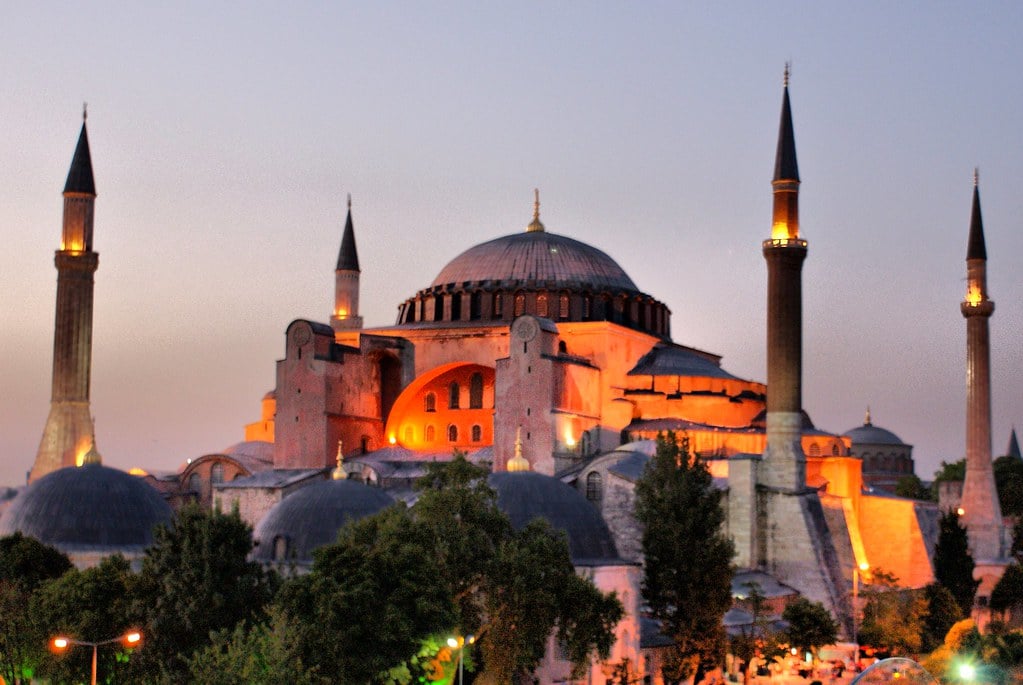 In 1934, it was declared a museum by the secularist Turkish leader Mustafa Kemal Atatürk.

As of June 24 2020, Hagia Sophia’s icons of the Virgin Mary and infant Christ are covered by fabric curtains as the edifice yet again changes functions.

Skopje welcomes Patriarchate Bartholomew's recognition of the "Church of Ohrid"

Elon Musk's cryptic tweet: "If I die under mysterious circumstances, it’s been nice knowin ya"