The Canadian-Greek actor, director, scriptwriter and producer Nia Vardalos is preparing to film My Big Fat Greek Wedding 3 in Corfu.

Shooting will take place throughout Greece and the filming crew will be in Corfu from 5 July to 3 August.

The production team is looking for adults of all ages who would like to participate as paid extras.

The actress revealed that she has finished the script for the third movie in the rom-com franchise and hopes to film soon.

Vardalos posted a photo with co-stars Lainie Kazan, Louis Mandylor and Gia Carides, and shared that the film is dedicated to the late Michael Constantine, the actor who portrayed her father, Gus. Nia Vardalos Reveals ‘My Big Fat Greek Wedding 3’ Script has been Completed 3
“Friends in real life are why our films are so much fun to make,” Vardalos wrote, adding that the four of them “gathered to honour the memory of Michael Constantine, may he rest in peace.”

“He had told me he wouldn’t be able to join us for the third film and his wish was that we go on. I wrote the screenplay to reflect Michael’s decision and will always treasure his last messages to me, hoping we were filming soon,” she continued, explaining that the various COVID-19 variants “have made indies difficult, but we are hopeful.”

Jokingly writing to stop calling her mom to ask her to be in the third film or sharing their plot ideas, she confirmed, “the script is finished. ✏️ (And no Toula and Ian are not grandparents!).” 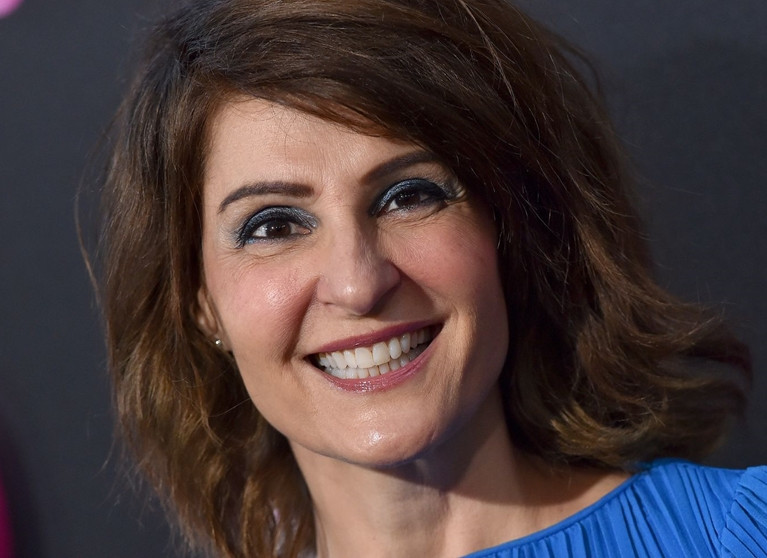 “We miss you Michael, thank you for bringing my words to life with such passion and accuracy, you will always be with us. ❤️,” she concluded.

Constantine died on August 31 after battling an undisclosed illness for years. He was 94. At the time, the I Hate Valentine’s Day actress shared a heartfelt tribute to her onscreen father.

“Michael Constantine, the dad to our cast-family, a gift to the written word, and always a friend,” the Great American Baking Show host tweeted on September 8. “Acting with him came with a rush of love and fun. I will treasure this man who brought Gus to life. He gave us so much laughter and deserves a rest now. We love you, Michael.”

My Big Fat Greek Wedding is based on the life story of Nia herself and how she grew up in a large, but tight-knit, Greek family.

It may not have had an all-star cast, but the project went on to become one of the highest-grossing romantic comedies of all time, grossing $368million (£282m) worldwide.

fans of the film may be shocked to learn it almost didn’t get made at all.

‘#MyBigFatGreekWedding is 20 today,’ Nia began in a thread of tweets.

#MyBigFatGreekWedding is 20 today. 🎂 When agents/managers said my script wasn’t good and actors shouldn’t write, I recall wondering why they were angry. They fired me. So, I changed the material into a solo stage show. @RitaWilson saw the play and said, ‘this should be a

‘When agents/managers said my script wasn’t good and actors shouldn’t write, I recall wondering why they were angry. They fired me. So, I changed the material into a solo stage show. @RitaWilson saw the play and said, “This should be a movie”.’

Nia said she then handed her the screenplay and a creator and producer got the film made with her as the lead.

Detailing the film’s success, she continued: ‘We premiered in 106 theatres, expanded to more, ran for over a year. People full of love loved it, and again some were snide, hateful.

‘I was nominated for everything, went on to write and act in films that make people happy, employed hundreds of people, wrote and performed a New York Times Critics Pick play which has been licensed hundreds of times, wrote a bestselling book whose proceeds get children adopted.’

And the most important lesson she learnt from all of this? To never give up.

‘Some people who don’t create anything including jobs to make situations better, will tell you that what you do is wrong. You can’t make anyone embrace change, marginalised voices or new ideas. So love yourself. And write your story.’ 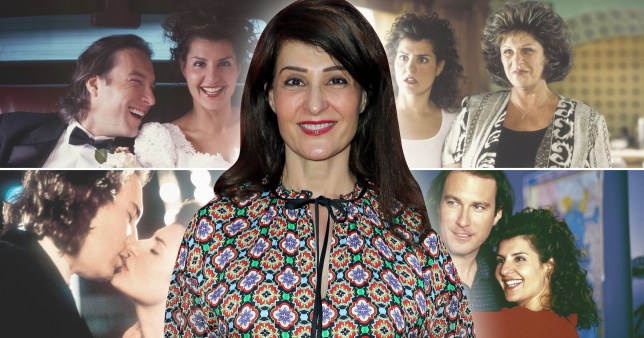 Fans heaped praise on Nia for her honest and inspiring tweets, thanking her for the reminder to ‘just do you.’

‘I needed this more than ever,’ tweeted one.

‘Love the story @NiaVardalos shares here. Just because your idea is rejected doesn’t mean it isn’t creative – or that it won’t work,’ shared another.

Easter a genuine smash on Corfu