In a statement today, Dendias said “Greece has always argued that the solution to the problem in Libya must come from the immediate withdrawal of all foreign troops and mercenaries from its territory.” 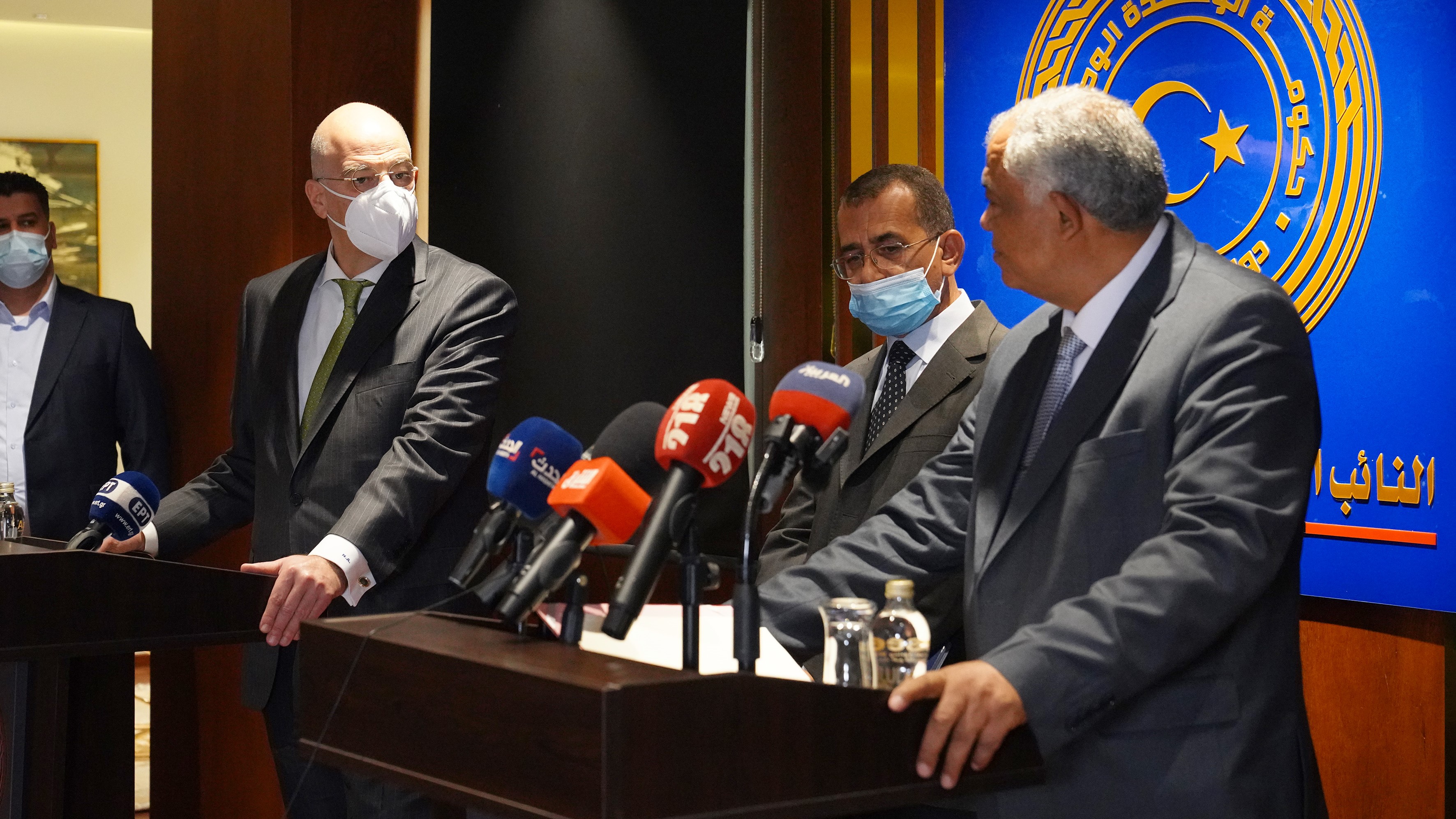 “This must be done immediately and the Libyan people must be responsible for the fate of their country,” he added.

Dendias also made reference to the Turkish-GNA attempt to steal Greek maritime space through an illegal memorandum signed in November 2019.

“I thanked the Deputy Prime Minister for his direct stance on the illegal ‘memorandum’ signed by the GNA Administration and Turkey,” the foreign minister said.

“As well as for his reminder of the decision of the House of Representatives not to ratify this illegal ‘memorandum’,” he continued.

Dendias then said that in 2010, Greece and Libya had come “extremely close” to resolving their maritime border demarcation.

This ultimately did not occur as NATO removed Colonel Gadhafi from power. 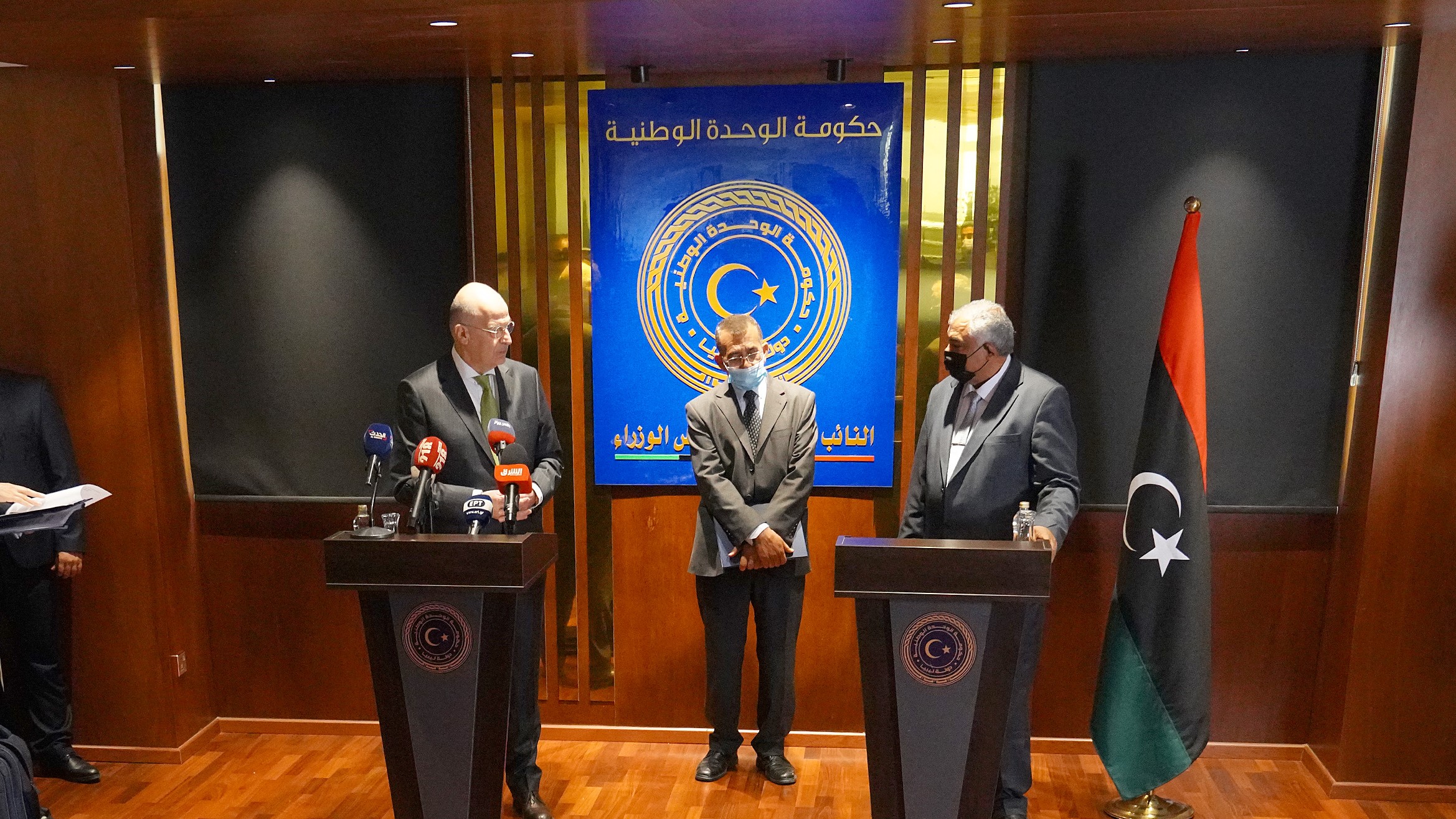 “My visit to Benghazi today is a follow-up to last week’s visit with the [Greek] Prime Minister and signals our full support for the Libyan interim government and the electoral process that will take place in December,” he said.

“We are here to activate agreements with Libya, conclude new ones, and help in any way we can in the reconstruction of the country,” the Greek diplomat continued.

“That is why we immediately opened our embassy in Tripoli and that is why we are opening our Consulate in Benghazi,” Dendias stressed. 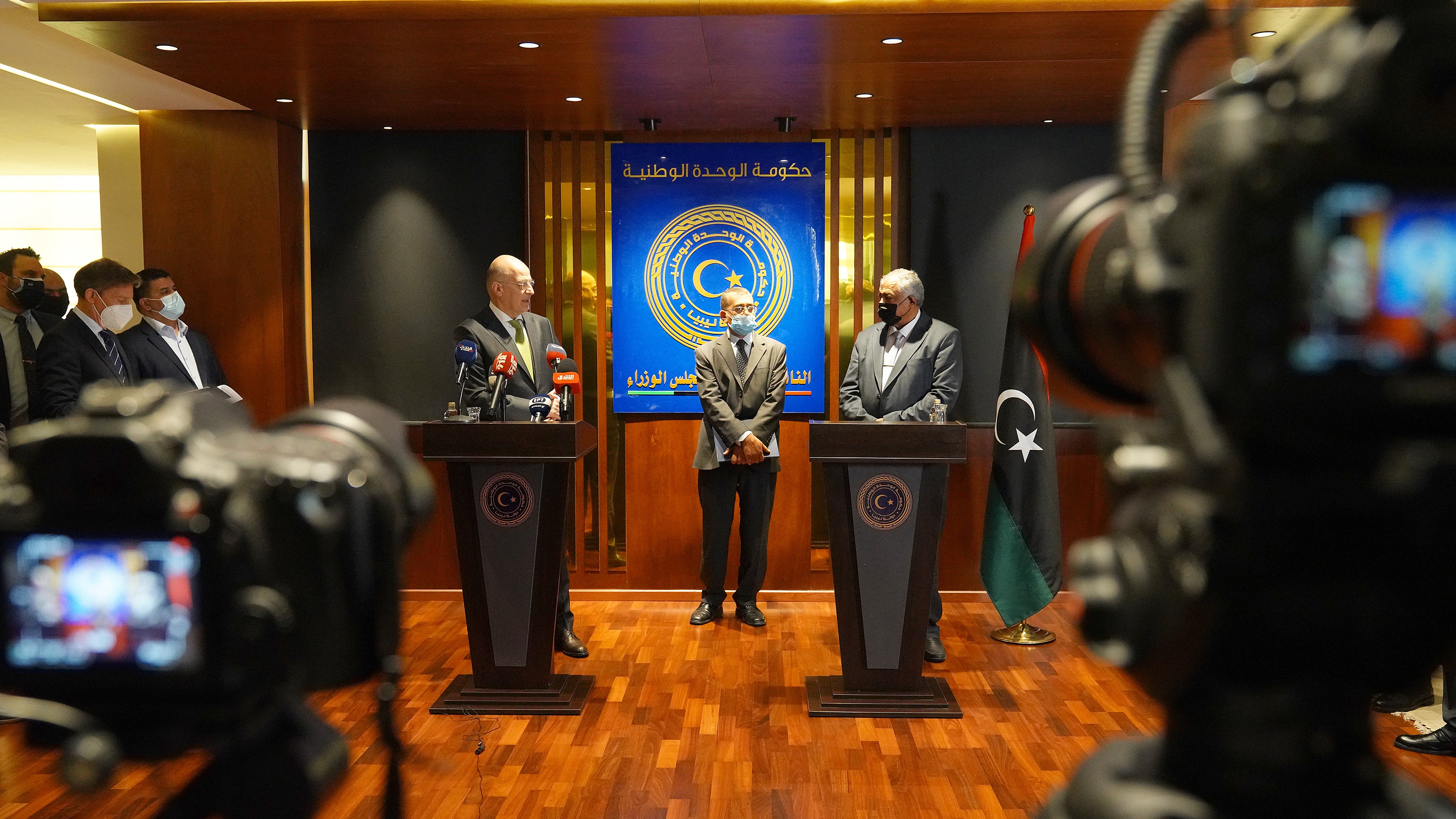 Dendias then made reference to the Greek Community of Libya.

“A large part of it remained here during the crisis and is ready to help rebuild the country,” he stressed.

“Greek companies are ready to help with the knowledge of the region, in the reconstruction of the friend-country, Libya,” Dendias concluded.

READ MORE: Dendias to Greek community in Benghazi: We are back in Libya and are not leaving.

Dendias speaks with the European Commissioner for Home Affairs

Turkish DM: Greece will continue making mistakes and achieve nothing