Turkish President Recep Tayyip Erdoğan told Patriarch Bartholomew I of Constantinople that he welcomes the return of Greeks to Turkey.

According to the front page of Turkish newspaper Sabah, the Iftar dinner hosted for religious leaders on Wednesday was an opportunity for Erdoğan to invite the Greeks who “left” Turkey in the previous decades to return home. 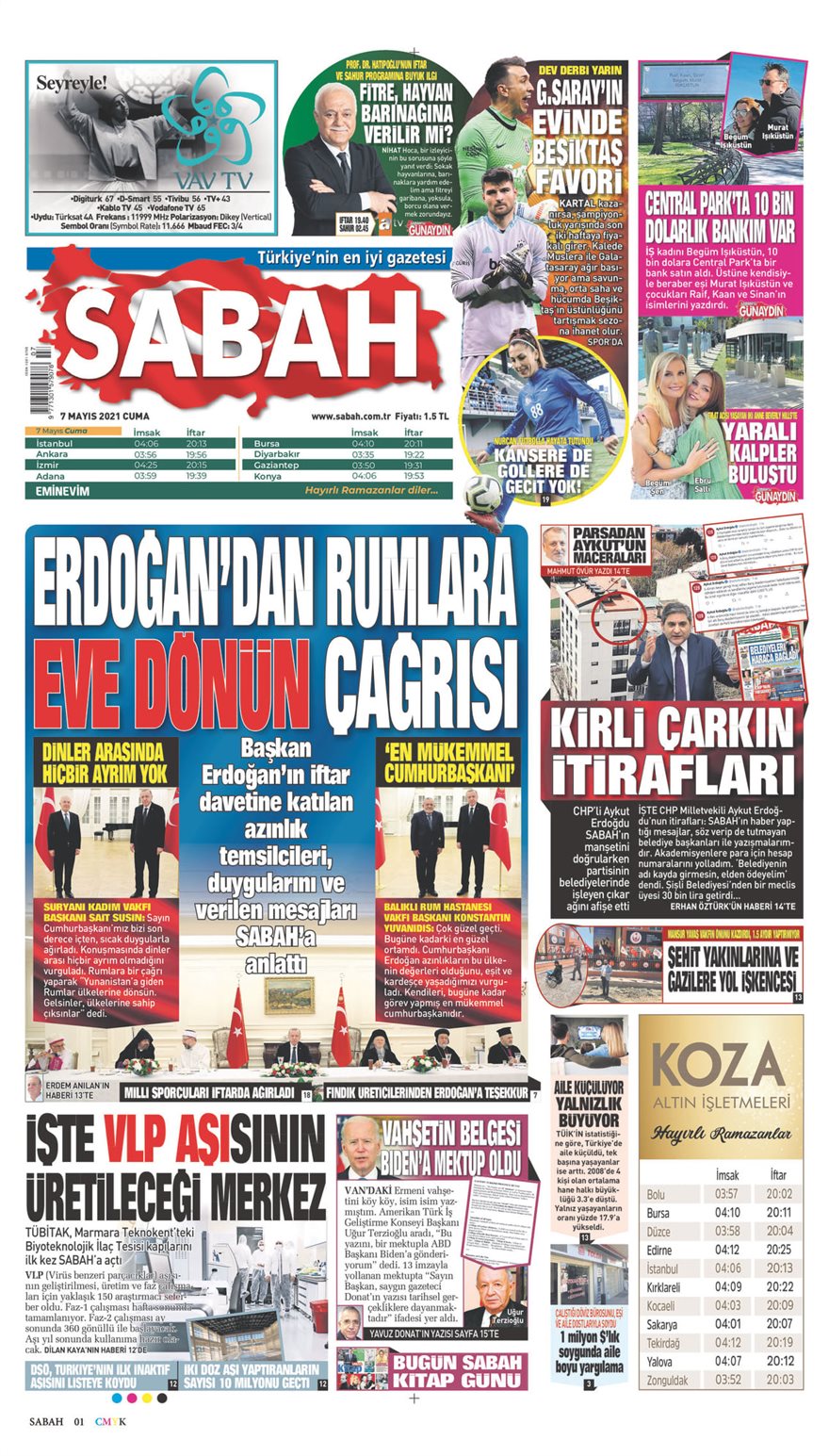 On Friday, almost all Turkish newspapers report on the very good, intimate and warm atmosphere at Iftar with the leaders of religious minorities in Turkey, claiming that the Turkish leader “embraced” the minorities.

Iftar is the meal eaten by Muslims after sunset during Ramadan, the Islamic period of fasting when they cannot eat or drink during sunlight hours.

Bartholomew expressed his wish during the Iftar dinner that God would protect every human being, especially during the pandemic period, and to strengthen the efforts of state and local authorities, as well as the health services, to deal with it.

He also thanked Erdoğan for his warm wishes to the Christians of Turkey on Easter.

There were 125,000 Greeks living in Constantinople (Κωνσταντινούπολις, Turkish: İstanbul) at the signing of the Lausanne Treaty in 1923.

The 125,000 Greeks in Constantinople and its outlying islands were exempt from a population exchange between Greece and Turkey of their respective Christian and Muslim minorities.

However, after decades of persecution by the Turkish state, the 125,000 Greeks have been reduced to as little as 1,000, by some estimates, despite being the indigenous population of the city.

However, individual efforts are being made by Greeks, who have a right to Turkish citizenship, to revive the community from the brink of extinction.

Apart from the Aegean, the Turks are trying to steal its history…