Greece is emerging “as a major technology hub for Southeastern Europe,” said U.S. Ambassador Geoffrey Pyatt during a fireside chat at the Delphi Economic Forum VI at Zappeion Hall in Athens on Monday.

The 100-million-dollar investment by computer giant Microsoft for a cloud data center to be built in Greece is “a real game-changer in this area,” noted the Ambassador.

He also praised Greece’s emergence “as a fantastic example of energy transition,” and he highlighted the country’s significant natural resources for wind and solar-powered energy.

Commenting on the trajectory of Greece-U.S. relations, Pyatt noted that U.S. President Joe Biden’s administration intends to continue to see these grow. 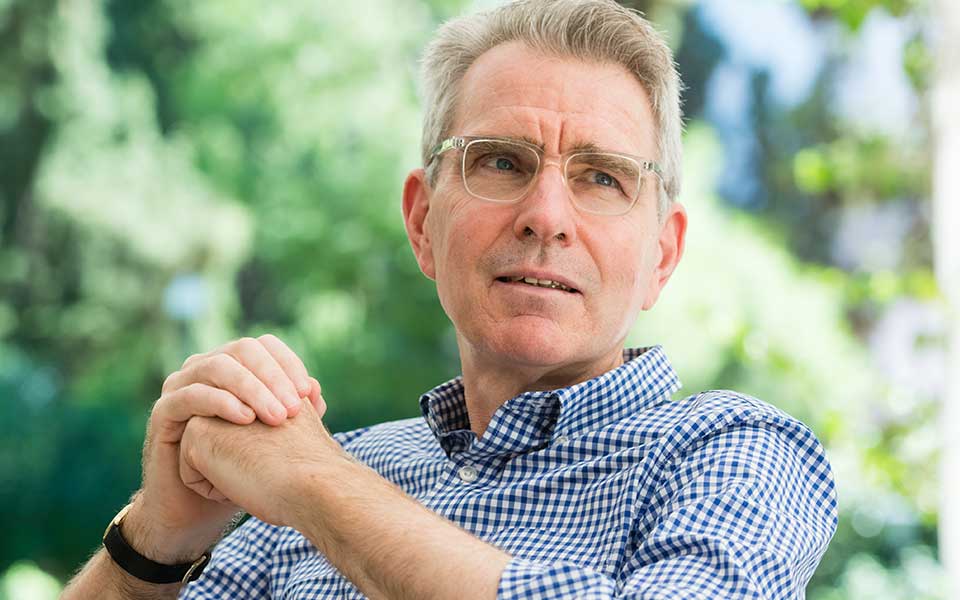 “This is a president who knows Greece and the Greek people extremely well,” he said, adding: “He’s made clear that he’s committed to raise our relationship to the next level.”

Another key point raised by Pyatt was definitive progress in relations between Greece and Western Balkan countries, citing the Prespas Agreement as an important step in this direction, “changing the dynamic between Greece and all of its northern neighbors.”

He said that “it’s no exaggeration to say that Greece is today probably the United States’ most important bilateral partner working with all of these countries of the Western Balkans to continue their progress towards Euro-Atlantic reforms.”

Dave Bautista joins Daniel Craig in 'Knives Out 2', set to be filmed in Greece

Why is the arrival of the new American Ambassador to Athens delayed?

Greece seeks to add 15 frigates to inventory in 5 years