The General Secretary of the Uyghur Revival Association went to Twitter to deny that the Ottoman Empire perpetrated a genocide against the indigenous Greeks of Anatolia and Thrace.

When a Twitter user highlighted that Artslan Hidayet, the Secretary General of URA, celebrates “the cultural genocide of Greeks and Armenians in Turkey” and the “forced conversions of the most Holy Church in Orthodox Christendom” (Hagia Sophia), he said:

“How can I celebrate something that didn’t happen,” adding: “if it did happen I wouldn’t celebrate it.”

1. How can I celebrate something that didn’t happen and if it did happen I wouldn’t celebrate it.

2. I celebrated the conversion of a museum into a mosque.

When asked “So you deny the genocide of millions or Greeks and Armenians?”, he said “The answer is in my previous tweet.”

The Turkish slaughter then extended into Asia Minor and Pontus.

By 1923, a million Greeks were exterminated, along with 1.5 million Armenians and over half a million Assyrians. 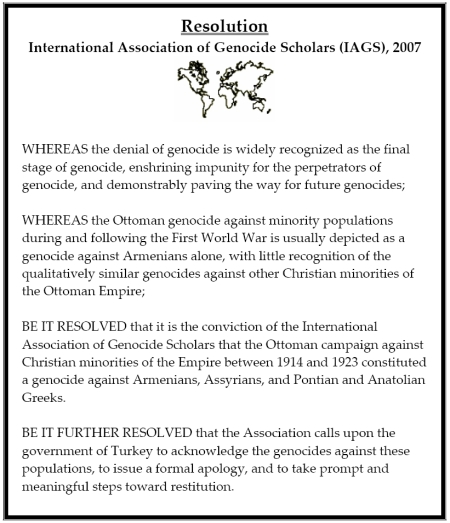 However, Hidayat, an Australian-born Uyghur now residing in Turkey, peddles Turkish historical revisionism in spite of academic consensus and irrefutable evidence that genocide was committed.

The Uyghur’s are a Turkic ethnic group concentrated in China’s Western Xinjiang province, mostly in the Tarim Basin.

Consisting of approximately 13 million people, they have disproportionate numbers of terrorists compared to the rest of the Chinese population.

At least 5,000 Al-Qaeda aligned Uyghur terrorists traveled over 4,000 kilometres to wage jihad in Syria, along with thousands more of their family members.

It is believed that if China did not strictly and vigilantly control its borders, tens of thousands of more Al-Qaeda affiliated Uyghurs would have traveled to Syria for jihad under the banner of the Turkistan Islamic Party.

Uyghur terrorism in the Middle Eastern country has seen the colonisation of towns like Jisr al-Shughur, the destruction of churches, and the use of child soldiers.

However, Uyghur terrorism is not only reduced to the Syrian battlefield, but also in China, where between 2013 and 2015 there was a major terrorist attack nearly every month that targeted civilians before a crackdown ended the mayhem.

Although China successfully stamped out terrorism and reduced poverty in Xinjiang province to 0% in 2020, radical elements still exist, especially those that are funded and receive their ideology from Turkey.

Such propaganda emanating from Turkey has the knock on affect of genocide denialism, such as in the case of Hidayat, as well as the promotion of terrorism as seen with Turkey’s funding, arming and training of Uyghur terrorists in Syria.

Mitsotakis: The economy is moving towards a very fast recovery

Dendias has luncheon with Ambassador's from "Anglo Five"