The Environment and Energy Ministry and the Independent Power Transmission Operator (IPTO) on Thursday announced the completion of the Crete-Peloponnese electricity interconnection after the conclusion of the construction works in Chania and Neapoli, Laconia and the successful pilot electrification of all parts of the project, both in the sea and on land.

The interconnection is the first step to lifting the island's energy isolation and Crete's transition to a cleaner energy mix, as it will cover 1/3 of the island's energy needs, replacing the production of the older local power plants that are the most expensive and polluting. 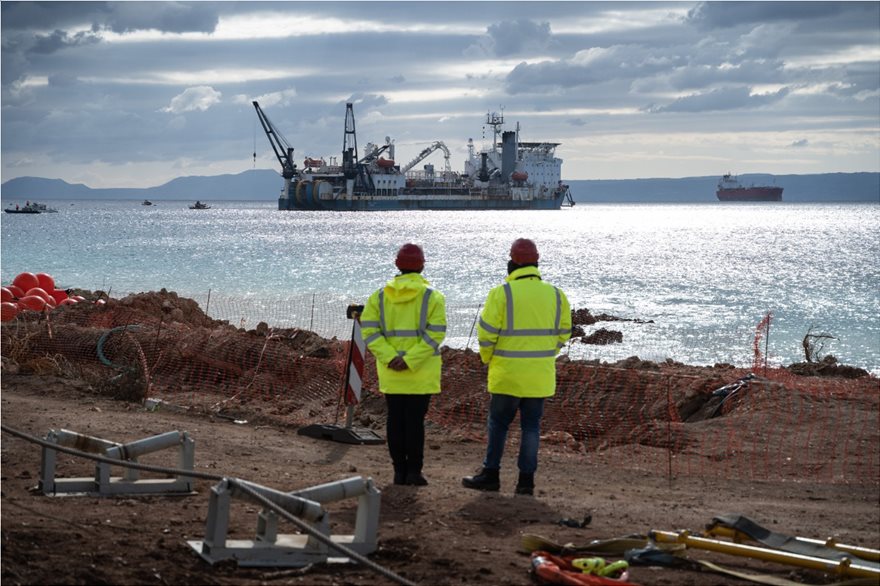 It will be followed by the large Heraklion-Attica interconnection which is under construction.

The cost of the project, 397 million euros, was covered by co-financing from Greece and the European Union and loans from the European Investment Bank (EIB).

It is the longest submarine/underground cable interconnection in the world (174 km), while the maximum immersion depth (1,000 meters) places it at the top of the most technically demanding electrical interconnection projects worldwide.

During the full interconnection of Crete with the mainland system in 2023, when the interconnection with Attica will be completed, consumers will save up to 400 million euros per year from electricity bills paid to public utility companies.

"Concerns" of the Turks: "The US wants a military base in Samothrace"