Following archeological excavations carried out at the Tomb of Korinos in northern Greece, Emeritus Professor Athanasios Bidas confirmed that the tomb of the wife of King Philip and mother of Alexander the Great, Olympias, has been found.

Well-known archaeologist Liana Soulvatzi, who led the excavations in the Oasis of Sioua, where she claimed that the tomb of Alexander the Great was found, agrees with the reasoning of the study, Pontos News reported exclusively. 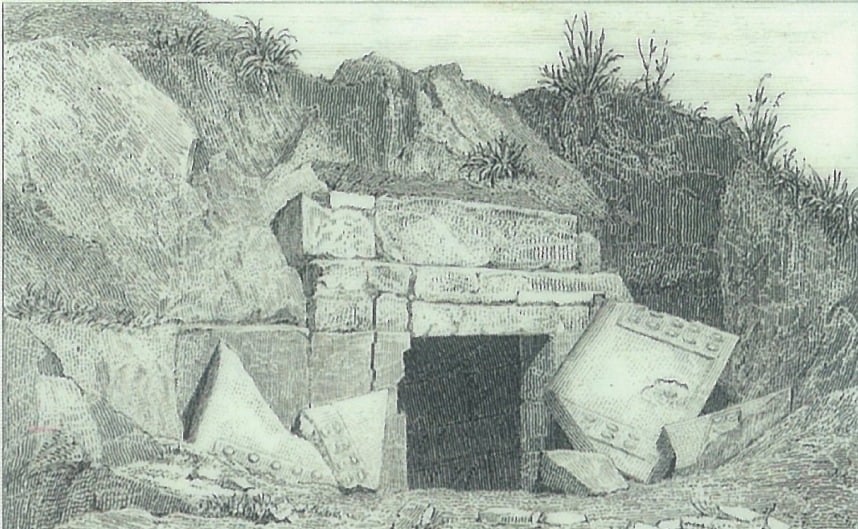 Writing about the archaeological discovery of Alexander the Great’s mothers tomb, she stated, among other things:

“On December 8, 2019 there was a very important announcement in Katerini Pieria by Professor Mr. Athanasios Bidas regarding the Tomb of Korinos belonging to the Mother of Alexander, Olympias.

“The professor scientifically substantiated his theory, referring also to inscriptions.

“I have visited the Tomb of Korinos in the past, at least three times, and I have visited all the Macedonian Tombs that had been found throughout Macedonia until then.

“I was impressed by the size of this Tomb, from which one understands that it must have belonged to a great person.

“The Tomb of Korinos, which is the only Macedonian trite that has been found, is a miniature of the Tomb of Alexander.

“The fact that Pyrrhus [of Epirus] in 302 BC, after his dethronement by the Molossians who had been instigated by Cassander and took refuge in Egypt in the court of Ptolemy of Lagos, clearly gives us the answer that Pyrrhus had also visited the tomb of his cousin, Alexander the Great.” 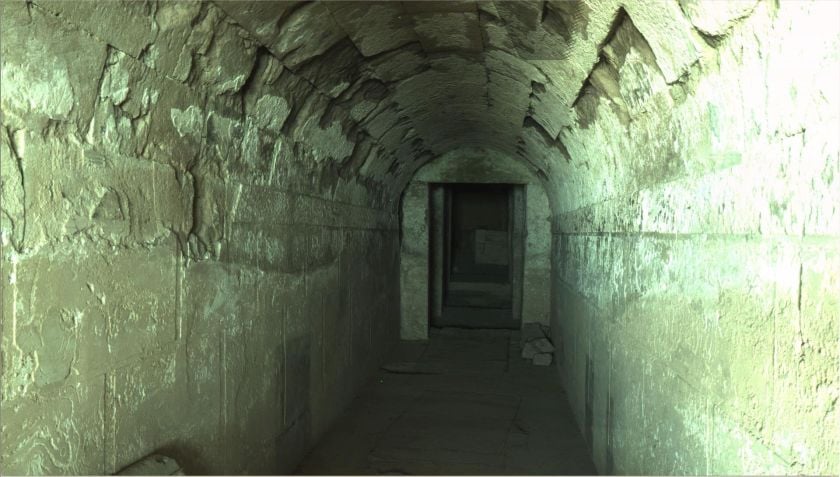 When Pontos News met the professor a few days ago in Katerini, the professor explained his reasoning on how he concluded this was the tomb of Alexander the Great’s mother.

Based on the archeological findings he found during his archeological dig, the tomb of Olympias, mother of Alexander the Great, is in the Tomb of Korinos.

Here is the most important part of his research:

“In the spring of 316 BC, after a dramatic seven-month siege in Pydna, Olympias, the wife of Philip II, surrendered to Cassander, who judged her as an enemy of the homeland in a mock trial and did not give her the right to testify.

“He then killed her and buried her away from the urban fabric of Pydna,

“Cassander’s hatred of Alexander, the son of Olympias and all the Argeades heirs to the Macedonian throne, was well known. Later it was proven that Cassander contributed to their assassinations, directly or indirectly.

“The most important tomb of the area, the Tomb of Korinos, is located in the wider archeological site of ancient Pydna and is the largest Macedonian tomb found to date.

“Its size alone forces us to accept that it belonged to some very important people at the end of the 4th century BC. Olympias was assassinated in the spring of 316 BC.

“An important feature that confirms our final conclusions is that it is a female burial. It is known that women were buried with their heads to the East. In the burial chamber of Olympias, the marble case on which the ossuary vessel was placed is located to the east.

“On the tomb, in a flat area of ​​the plain, was built a huge earthworks with an excessive amount of soil that was transported for this purpose, which still exists to this day. 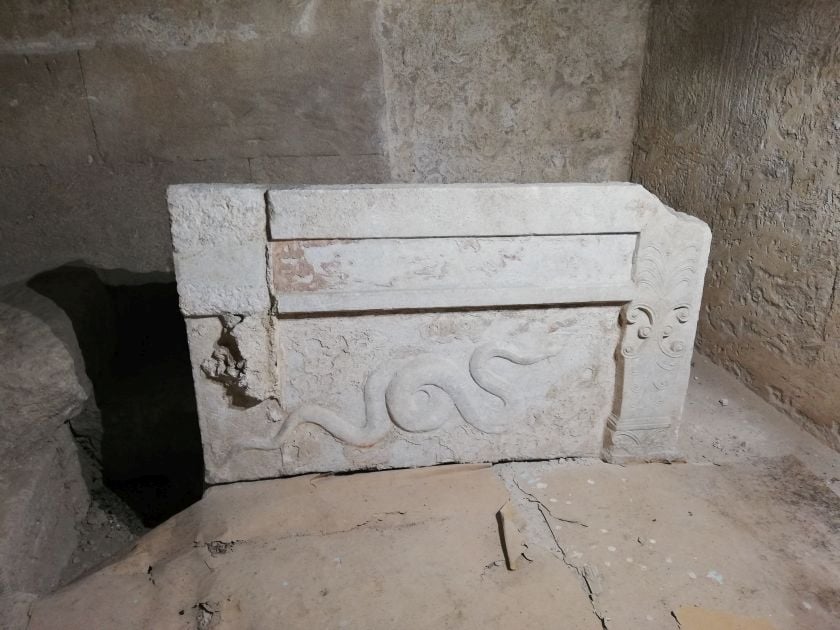 “Tombs of such dimensions were erected only for the burial of kings, prominent members of the royal family, or polyandry.

“The size of the Korinos Tomb reinforces the view that the occupant of the tomb was an extremely important figure.

“The length of the burial complex under the tomb is 22 meters (for comparison we note that the tomb of Philip in Aigai is 9.5 meters long). For what person could such a huge idiosyncratic monument be built other than for the mother of Alexander the Great?

“An additional element that reinforces the view that the deceased was an important person with qualities and the institutional role of a non-ordinary person is the rare structural construction of the tomb with three chambers.

“What is the reason to build a three-aisled monumental tomb for an insignificant person?

“Morphologically but of smaller dimensions, the tomb in Korinos is similar to the tomb excavated in the oasis of Siwa Oasis in Egypt in the Holy Zeus-Ammon by the archaeologist Liana Souvlatzi, who in her opinion is the tomb of Alexander the Great.

“On the façade of the procession of the tomb there are building remains, apparently of a temple intended for worship to honour the dead, because it is known that Olympias was worshiped as a goddess after her death.

“A catalytic confirmation that the tomb of Korinos houses the tomb of Olympias are the three epitaphs that were discovered in the area.

They speak of the Aiakides, relatives of Olympias, who apparently lived on the outskirts of Pydna and were therefore buried in the area.

“One of the three epitaphs specifically mentions the memorial of Neoptolemus, located opposite the tomb of Olympias. The wording of the epigram gives us the impression that a large central busy road passed between the two tombs (the large tombs). ”

The above are the conclusions of Emeritus Professor Athanasios Bidas, who claims to have discovered the Tomb of Olympias, mother of Alexander the Great.

From December 2019 until today, he has attempted to persuade competent authorities in Greece to accept his finding in order to present them with the information he has about the site.

All the photos provided were given by Professor Bidas to Pontos News.

Memory of Forty five Martyrs of Nicopolis in Armenia