Tensions on the rise in Tunisia. Rumors of an ongoing coup d’etat drew global media attention this weekend. Tunisian President Kais Saied’s attitude of dissolving the parliament and dismissing the prime minister raised suspicions about the beginning of a dictatorial government in the African country – it remains to be seen which foreign governments would be interested in such a change in Tunis.

This Sunday, July 25, the Tunisian president took radical measures in his government, dismissing Prime Minister Hichem Mechichi and dissolving the parliament using the armed forces, which seem to unconditionally support Saied’s decision. The military surrounded the parliament and prevented it from functioning, in addition to being ready to respond with violence to any escalation in the protests, according to Saied’s own words: “I warn anyone who thinks of resorting to weapons… and whoever shoots a bullet, the armed forces will respond with bullets”.

Before calling the armed forces, Saied had publicly announced that he would assume the executive authority with the help of a new prime minister, to be appointed later.

According to his speech, his actions do not hurt the Tunisian national constitution, being just a reconfiguration of the government, but many experts believe that this maneuver will result in a new dictatorship. He also suspended the immunity of members of the parliament, as well as preventing lawmakers from leaving the country – raising suspicions about a possible start of political persecution against them. 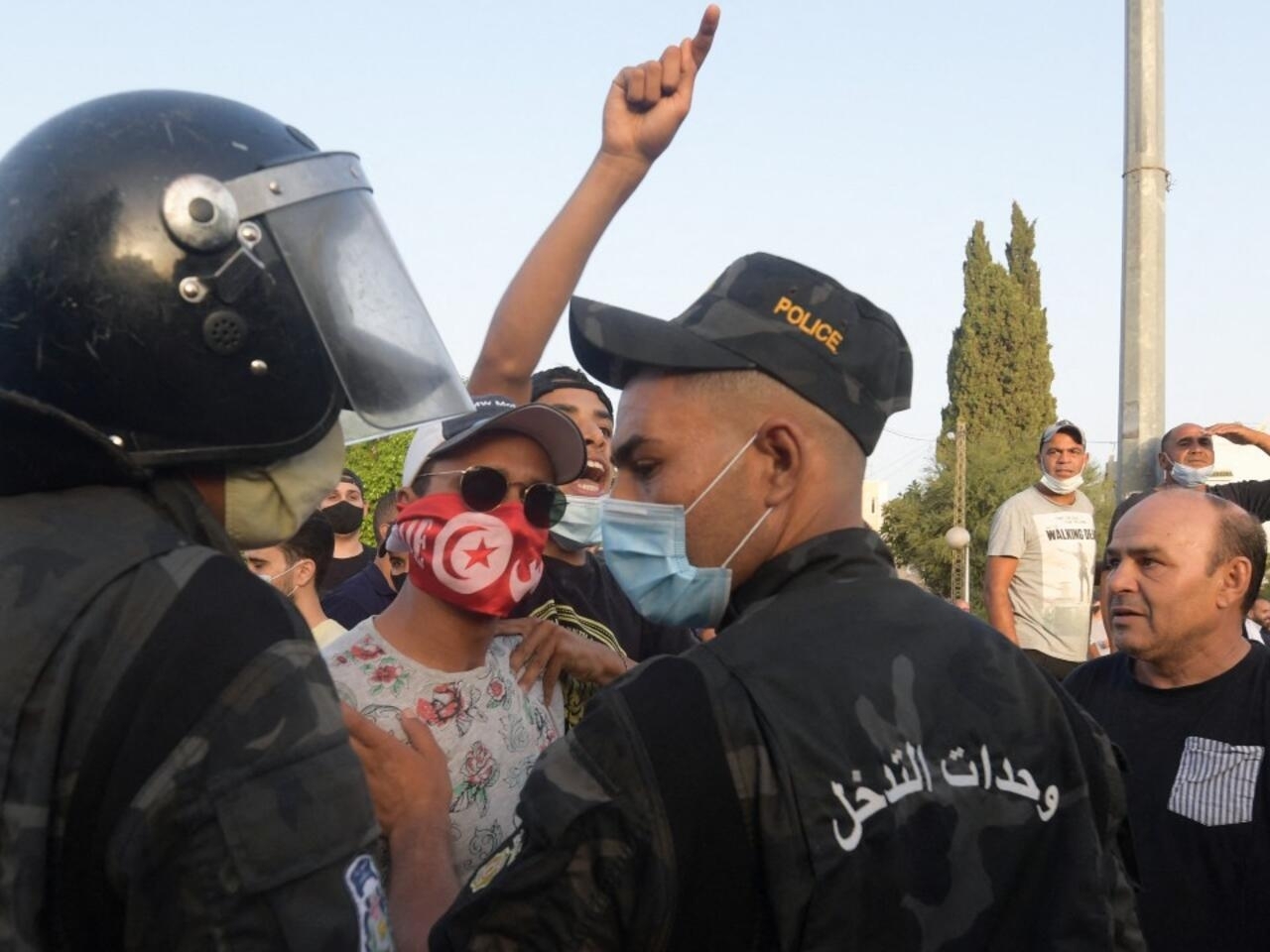 It is important to emphasize that this possible coup comes as a response to the wave of protests against the government that started a few days ago. A large part of the Tunisian population is dissatisfied with Saied’s attitudes regarding the fight against the new coronavirus pandemic and the economy. With nearly 600,000 cases, the health crisis is perhaps the biggest challenge for Tunisia since the Arab Spring revolution – which is aggravated by the serious economic and social problems arising from the pandemic.

While a part of the population accuses Saied of being responsible for the crisis, another part considers him innocent and takes to the streets to support him in the maneuvers he is currently operating. With this, we have a polarized scenario, which is extremely vulnerable to the emergence of escalations of violence and the beginning of civil conflicts.

A front of opposition to Saied appears to be forming under the leadership of the Tunisian parliament president, Rached Ghannouchi, who said that what is happening in the country is “a coup against the revolution and the constitution”. Ghannouchi is a member of Ennahdha, the Islamist-oriented party that dominates the seats in the parliament. This party is inspired by a “moderate” Islamic political model, similar to what happens in Turkey – and, not by chance, Ennahdha has ties to the Muslim Brotherhood. It is also a party that defends friendly relations with Western countries and that planned to bring Tunisia closer to the Biden government and the UK. In this sense, the polarization between Ennahdha and Saied can provide interesting data to understand the origin of the crisis in the country.

Kais Saied has been involved in several tensions with Turkey since 2019, when he took power. His ambitions to project power in Libya damaged Erdogan’s plans. The Turkish leader tried to create a different scenario in North Africa – where the role to be played by Tunisia would be that of a satellite nation of Turkish interests, acting in Libya only as a representative of Ankara. 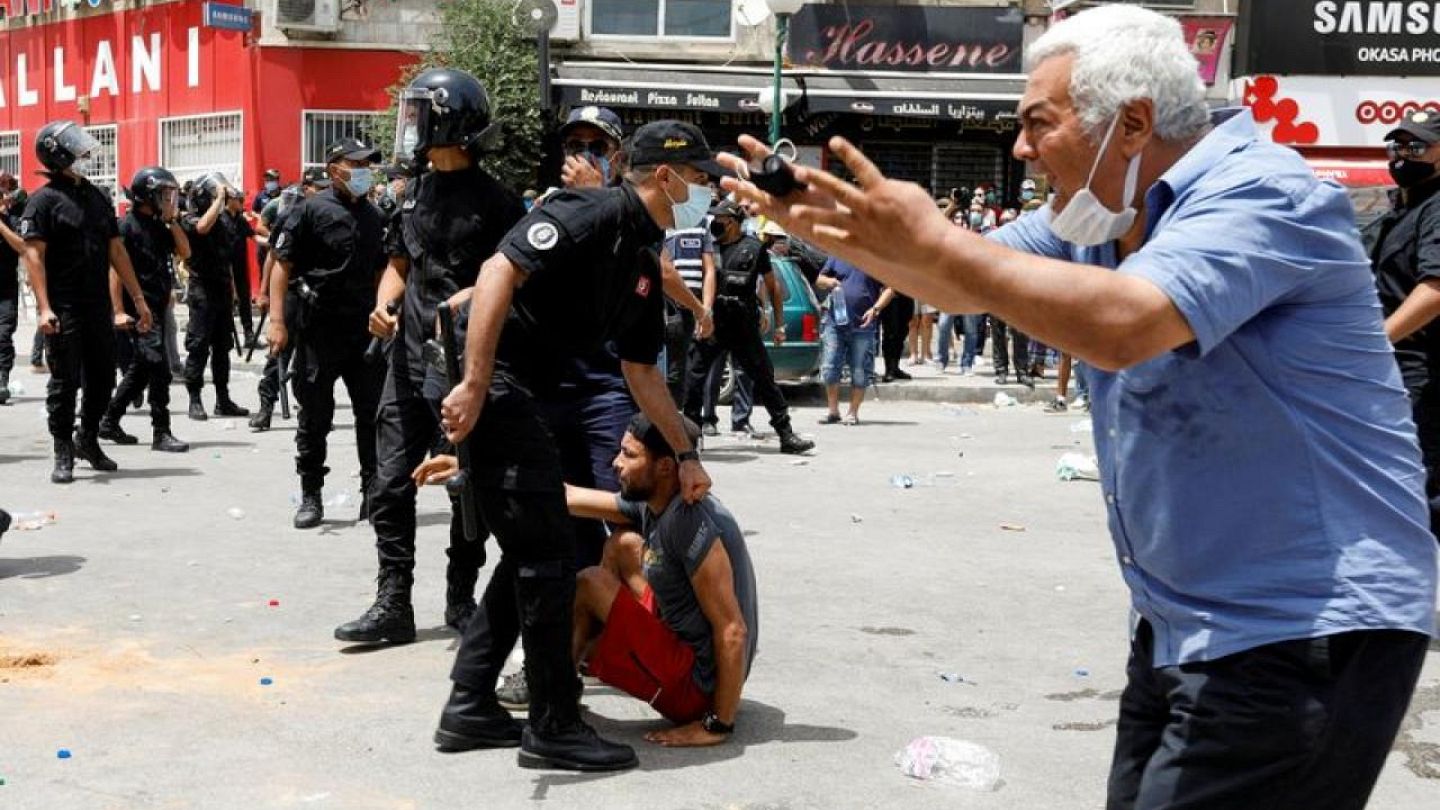 Although Saied did not agree to these conditions, the country’s biggest party supported Turkish ambitions and acted as a representative of Ankara’s interests in Tunis. Prime Minister Hicham Mechichi, although not a member of Ennahdha, embraced the cause of the party and initiated a strong opposition to Saied, with a power struggle that has worsened over time, resulting in the current scenario. Basically, what is happening is an internal dispute between an independent politician, with a national project that undermines Turkish plans, and a front that unites the prime minister and almost the entire parliament in a common objective to align Tunis with Ankara.

There is still no clear information on which country may have collaborated with Saied regarding Sunday’s events, but it is certain that the act strongly harms Turkey, which has already spoken out by severely criticizing the coup. So, the situation is likely to polarize to the point where there will be international support for Saied from countries opposing Turkey, while Ankara and its allies will support the parliament. Internally, there are demonstrations supporting both sides, indicating that there will be more polarizations and conflicts soon. The crisis is far from over and perhaps it has effects more relevant than those of the 2011 Revolution.