The eurozone’s trade surplus rose sharply in June from May, according to data released by the European Union’s statistical office on Friday, as exports rose faster than month-on-month imports.

On an annual basis, the trade surplus decreased slightly from June 2020, when it was 20 billion euros. Compared to last year, euro area imports grew faster than exports.

In June 2021, compared to the corresponding month last year, all Member States recorded a significant increase in exports outside the EU. 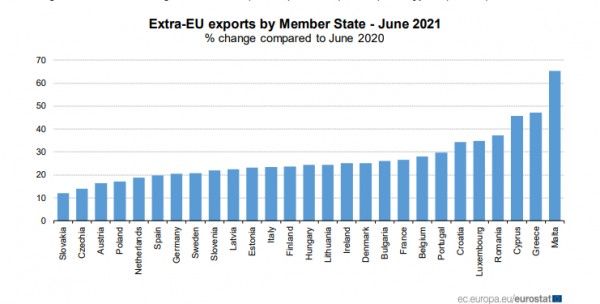 READ MORE: It’s not all peaches for tax evasion ring after raid by 100 auditors.

The miracle snakes of Panagia appear again in Kefalonia: VIDEO

Greece’s foreign policy challenges in 2021 and what future holds