Greece was shocked to hear the news that Zorba the Greek composer Mikis Theodorakis died today at the age of 96.

President Katerina Sakellaropoulou spoke of a "pan-Hellenic figure and at the same time a universal artist, an invaluable asset of our musical culture", when referring to the loss of Mikis Theodorakis.

"Mikis Theodorakis, whose loss we mourn today, was a pan-Hellenic personality and at the same time a universal artist, an invaluable asset of our musical culture.

"He was given a rich and fruitful life that he lived with passion, a life dedicated to music, the arts, our country and its people, dedicated to the ideas of freedom, justice, equality and social solidarity.

"Mikis was tested in all kinds of music - song, oratorio, symphonic music, music for the cinema - with great success.

"He wrote melodies that intertwined with the historical and social course of Greece in the post-war years, music that functioned as an incentive, as a consolation, as a protest, as a support in the gloomy periods of our recent history."

Sakellaropoulou said that he has always been a "politician" and linked political action with transcendence and struggle. He described himself as "lonely, independent, self-employed".

"Dedicated to national dignity, humanity and solidarity, he has never ceased to be a profound, diverse artist, and an artist who insisted to the end on viewing the world with the romance and confidence of an eternal, indestructible youth," she added.

"Mikis Theodorakis, our Mikis, the teacher, the intellectual, the radical passed away. The one that made all the Greeks sing our poets.

"Mikis was international and his work belongs to the entire world. A major work, ecumenical, that touched and will continue to touch million of hearts.

"He is not with us anymore but the galaxy of his work is around us and lights us. The Greeks mourn today."

It is recalled that the composer was an MP for the Communist Party of Greece (KKE) from 1981 to 1990 and was a key voice against the 1967–1974 Greek junta, which imprisoned him and banned his songs. 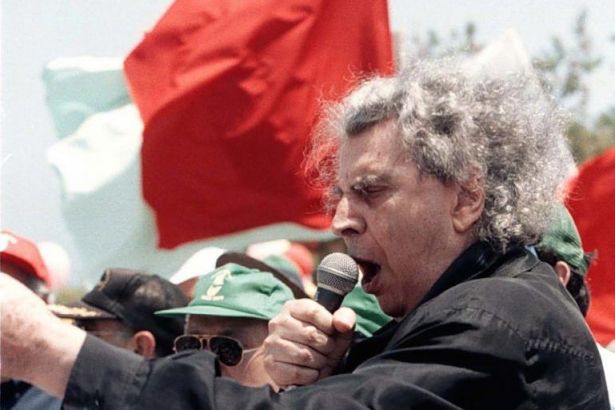 "With deep sorrow and a standing ovation we say goodbye today to Mikis Theodorakis, a fighter and creator, a mentor and driver of the new struggling art in music," KKE said in an announcement.

"Theodorakis' music is brewed with all the ingredients that make masterpieces, the great art that captures the pulse of its time and intuits what is coming.

"The feeling, the spirit, the memory and the experience of the people that are struggling is the source of his inspiration."

"We will continue to move with Mikis' music until the bells of the social liberation sound."