French President, Emanuel Macron and Greek Prime Minister Kyriakos Mitsotakis announced from the Elysee Palace in Paris the agreement between the two sides for the purchase of armaments and a pact on mutual defence.

The statements to the press began with the position of the French president who described the signing of the agreement as a very important moment, as he noted that it is the culmination of an intensive cooperation of the last 18 months.

The Greece-France co-operation is part of the EU and NATO, Macron said, but he stressed the new agreement contributes to European independence.

“We have a common vision,” the French president told Mitsotakis, referring to greater European commitments to protect the continent’s sovereign rights. 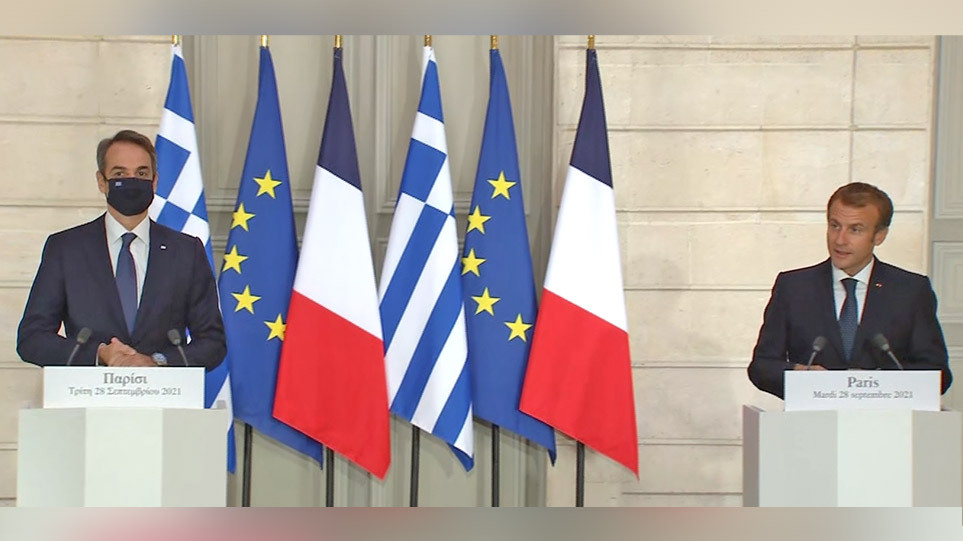 The French president referred to the aid sent to Greece for the August fires and sent his solidarity for the earthquake in Crete, where the prime minister will be immediately after the completion of his obligations in Paris.

“Greece had a culture before it became a nation and allowed us to be who we are,” he said, adding that in two centuries Greece has managed to keep up with the rest of Europe and is in the heart of Europe, a beating heart.

For his part, Mitsotakis said: “ It is a historic day for Greece and France. The signing of the Strategic Partnership Agreement reinforces a well-known reality: the two countries have already developed a strong relationship that goes beyond our EU and NATO relations.

“Today’s development is an initiative that responds to the demands of the times in our continent (…) It paves the way for an autonomous and strong Europe of the future.

“After 24 Rafale fighters, today our country announces the acquisition of three new frigates for the Navy, with the option to acquire another.

“Whether there is a timetable for creating a European army: the debate on European military autonomy evolves. Options such as this corporate defence partnership move to this central strategic choice.”

Nick Kyrgios heading back to Australia