“Pristina has made significant progress in relations with Athens and there are no obstacles for Greece to recognise Kosovo,” Kosovo’s de facto Foreign Minister Donika Gërvalla-Schwarz was quoted as saying by the Gazeta Express. 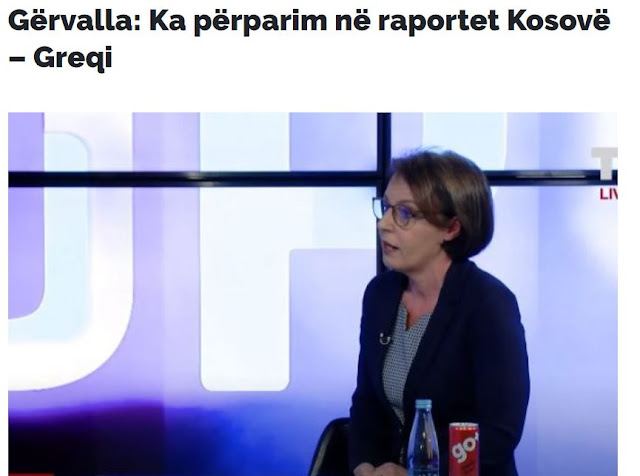 “We have significantly improved the status of not only bilateral relations, but also cooperation

“In the past, our delegation in Greece was an ordinary financial office, which was not listed anywhere: neither in the Ministry of Foreign Affairs, nor in its catalogs and reference books.

“And today our representative in Greece communicates with the Director General and other persons at the Ministry of Foreign Affairs.

“This happened after we upgraded the diplomatic status of our Greek office.

“Greece has its own dilemmas and it is our duty to eliminate these dilemmas.”

The head of Kosovo’s de facto Foreign Ministry said she could not predict anything, but saw a steady improvement in relations with Greece, noting that “Kosovo is well on its way.”

“We have progress, there are no disappointments,” she added.

In fact, Greece is one of five EU countries (along with Spain, Cyprus, Romania and Slovakia) that do not recognise Kosovo’s unilateral declaration of independence from Serbia.

Kosovo declared its independence on 17 February 2008.

It is currently not recognised as a sovereign state by 95 of the 193 UN member states, including the permanent representatives of the UN Security Council, Russia and China, as well as five EU member states.

ELPIS: Ski ride across the Isthmus of Corinth (VIDEO)

Turkish National Security Council: Greece on the list of “challenges” for 2022