Outside the Consulate General of Serbia on Komninon Street in Thessaloniki, the anti-vaccination march stopped for a while as protesters shouted slogans in favour of Novak Djokovic and Serbia.

The protesters, already from their gathering at the White Tower, had referred to the attitude of the Serbian tennis player towards the vaccines and the controversy that arose in Australia.

They even praised his attitude, declaring their support for him.

In front of the Serbian consulate, they shouted slogans in favor of Djokovic and Serbia. 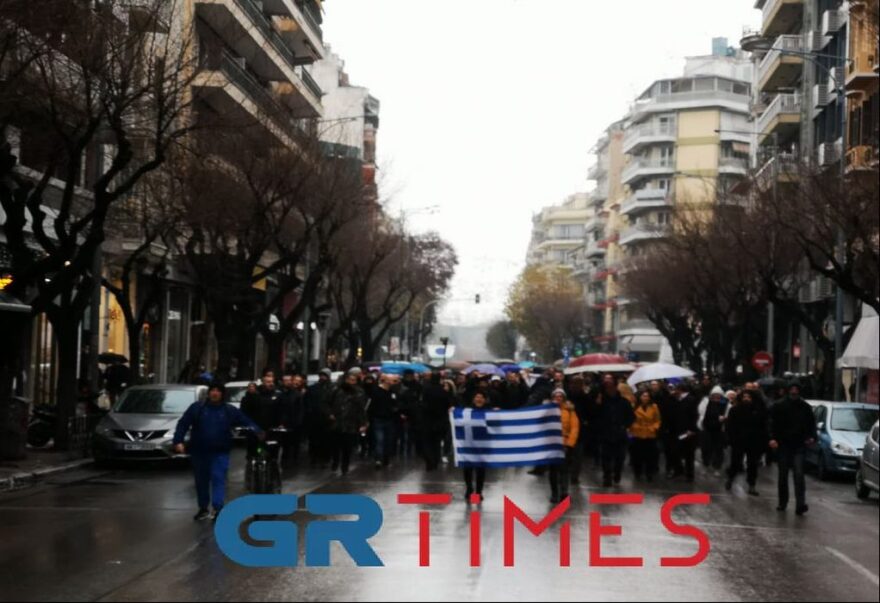 The tennis star is currently confined to a temporary detention facility in Melbourne as he mounts a legal challenge against the cancellation of his visa ahead of this month’s Australian Open.

Djokovic’s legal team submitted a 35-page document outlining the player’s defense against the decision to cancel his temporary visa.

As part of that defense, it emerged that Djokovic was granted a medical exemption ahead of the Australian Open as he had recently recovered from COVID-19.

In a letter dated December 7, which was leaked to journalists this week, it appears Australian Open organisers wrongly informed unvaccinated players they could enter Australia to take part in the tournament.

Court documents published on Saturday confirmed that Djokovic – who has previously voiced opposition to COVID-19 vaccines and vaccine mandates – was unvaccinated when he arrived in Australia on January 5.

His visa hearing is scheduled to go ahead at 10 am local time on Monday, with a decision on whether he can remain in Australia and compete in the tournament expected at 4 pm.

READ MORE: Nick Kyrgios LASHES out on the AMNESIAC Australian public: “Unlike Novak Djokovic, most athletes didn’t do S*** for Australia (VIDEO)