The vandalism of the church in Kato Patisia where the priest accused of raping a minor operated was condemned in a statement by the lawyer of the 17-year-old victim.

"After today's condemnation of the vandalism of a sacred church that came to light and public statements about the case that escape the measure, as a lawyer and as a person, out of respect for the case and the family of the minor but also to defend her prestige, I declare that we will no longer take any public position on the case from now on with respect to the Greek justice and its unaffected work."

It is recalled that the 37-year-old priest was prosecuted, while with the decision of Archbishop Ieronymos, the clergyman was automatically suspended.

At the same time the Archdiocese, has already started the process of referring him to ecclesiastical justice system.

According to Proto Thema, the priest initially asked for nude photos of the child when she was 15-years-old.

He himself bombarded her with pornographic material, including photos of his genitals.

The church of Agios Dimitrios Oplon in Kato Patisia, where the 37-year-old priest, who is accused of raping a minor girl and child pornography, was vandalised on Friday night with paint thrown at the entrance of the church. 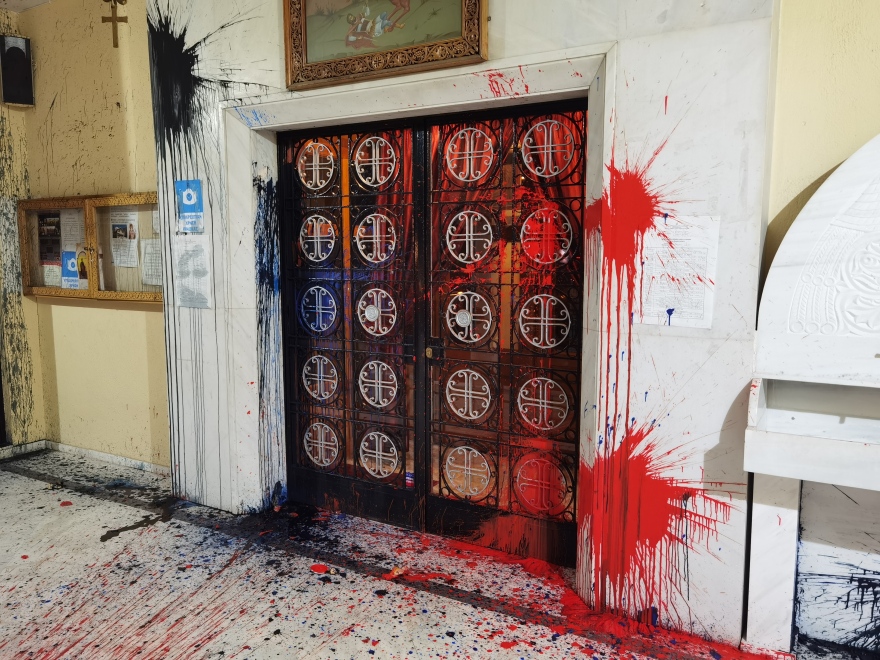 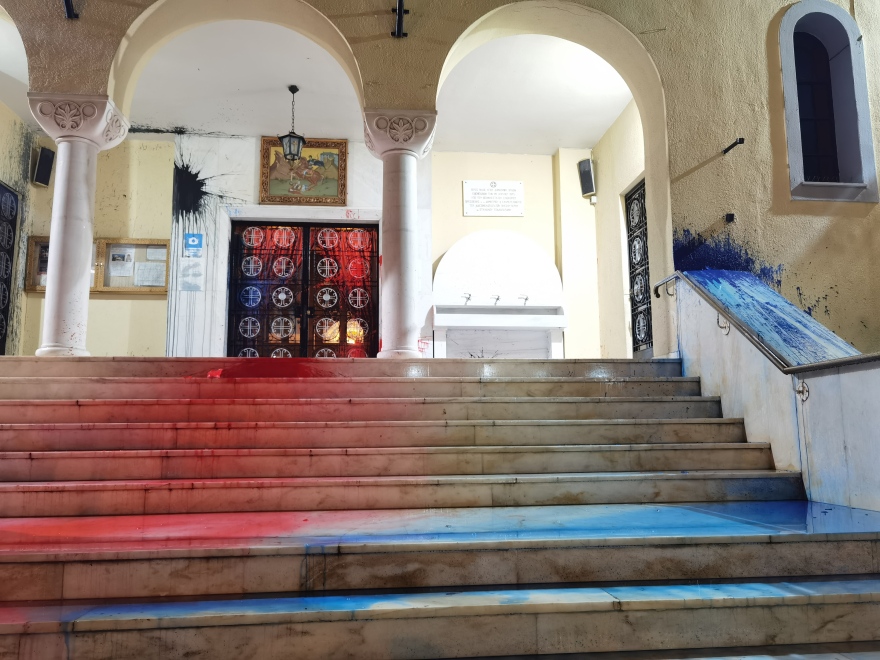 The other pastor of Agios Dimitrios Oplon Church answered questions about the accusations faced by the 37-year-old priest in Kato Patisia for the rape of the 17-year-old.

Father Agathangelos emphasised that the accused is an impeccable family man who had never given suspicions about his activities and had excellent relations with the youth of the area.

“He is a priest who helped and supported the young people of the area. We had never realised anything related to what is being heard now,” said the pastor of the church.

He also commented on the accusations.

“I hear that what is being reported happened inside the church. The priest never lived alone with children in the church,” he said.

“There is always someone in the church. The door of the office is permanently open and everyone has access to the space,” explained Father Agathangelos.

He also emphasised that the accused priest was always with groups of children and not individually with them.

At the same time, he pointed out that the accusations against the 37-year-old priest are very serious and should be investigated based on specific evidence in order to punish the perpetrator.

READ MORE: “He is innocent, everything is a lie and I believe him,” says wife of priest accused of raping a minor.