The bad weather Elpis came and spread snow throughout the country, even in areas near the sea.

Thus, the snowstorm spread it on the beach of Loutraki with the... paradoxical photos by KorinthosTV that make an impression and makes the rounds of the internet. 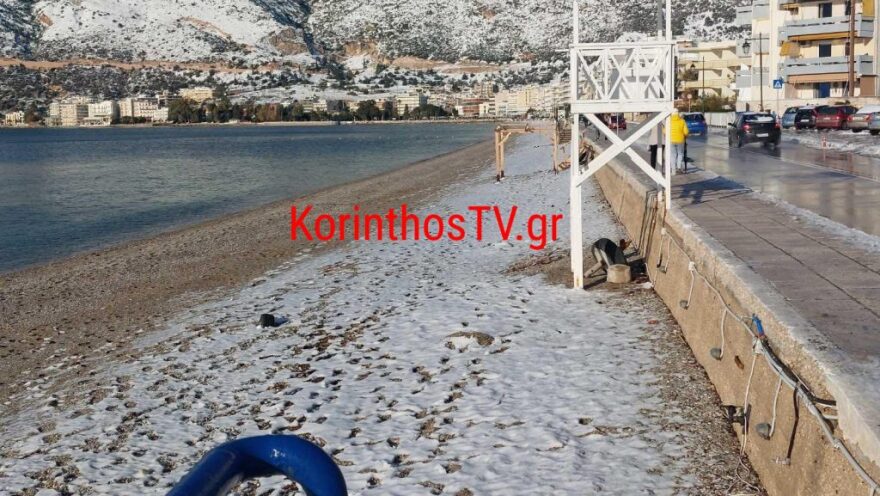 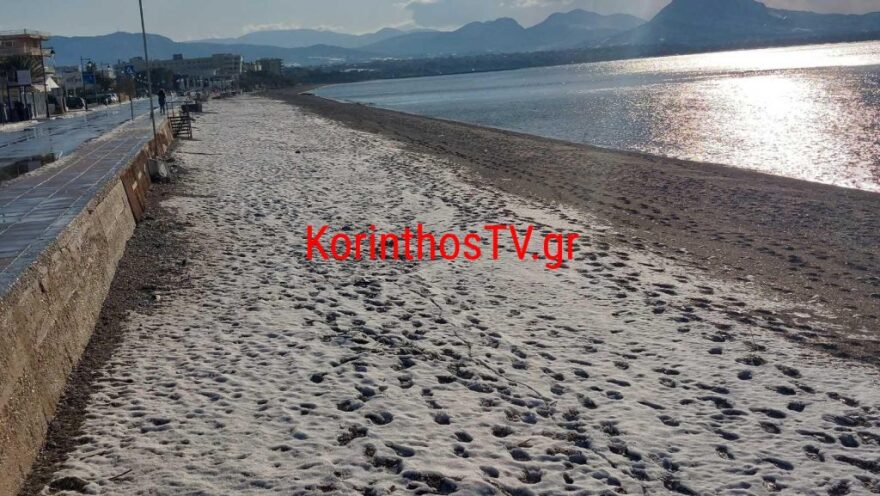 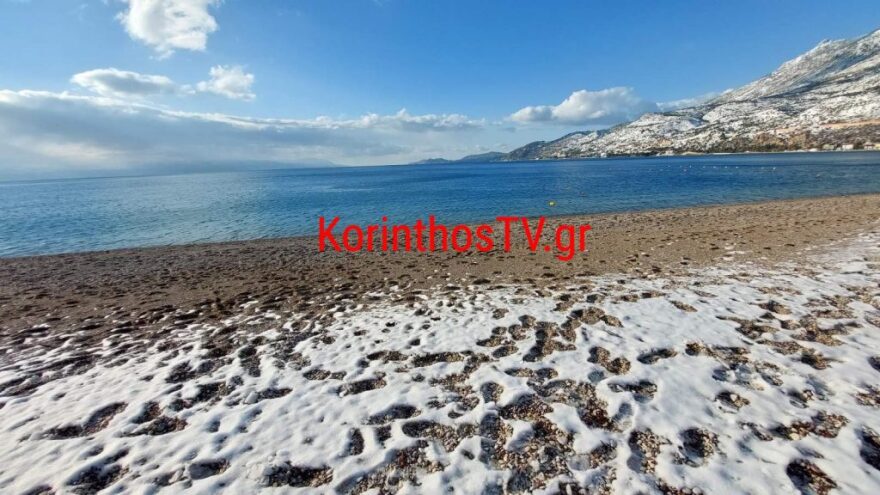 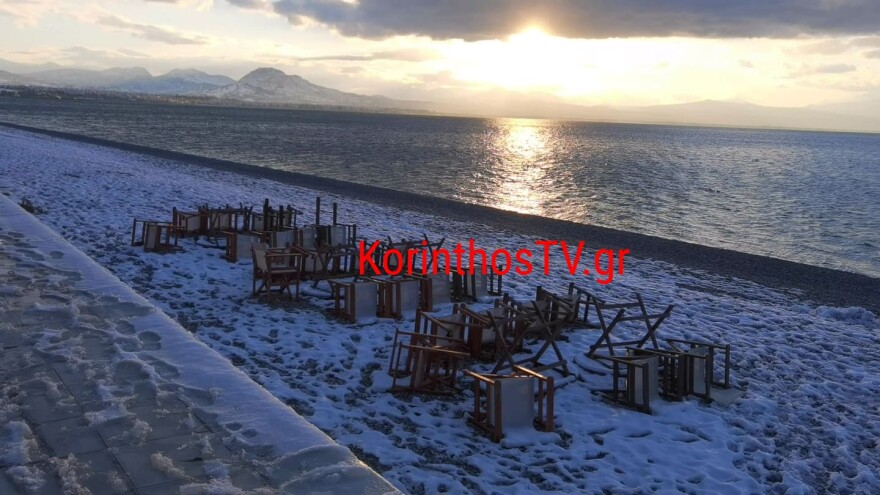 Meanwhile, the island of Evia and the regional unit of Boeotia (Viotia) have been added to the areas of Greece where an obligatory holiday has been extended until Wednesday, the climate crisis and civil protection ministry announced on Tuesday afternoon.

This means that the holiday on Wednesday will apply in the areas of Attica, Boeotia, the Dodecanese islands, Evia, Crete and the Cyclades islands.

The decision to extend the holiday until Wednesday was announced earlier on Tuesday by Climate Crisis and Civil Protection Minister Christos Stylianides, in a briefing on the bad weather.

The holiday was imposed on Tuesday following the severe problems caused by the 'Elpis' thundersnow that started on Monday.

Stylianides said that police, armed forces, fire brigade and civil defence personnel, as well as volunteers, had worked through the night to extricate roughly 3,500 people and 1,800 cars trapped on highways.

Throughout the night, he added, teams from the army, police and fire brigade on foot had distributed blankets, water and food to assist the people trapped in their cars, as well as providing medical care and providing people with shelter in hospitals.

He reported that the Proastiakos Railway has transported and is still transporting those that spent the night at the airport to Athens and other safe locations around Attiki Odos, where they were taken by fire brigade, police and army personnel so that they might be picked up by train.

"This effort is continuing today also, so that all the drivers can be extricated as soon as possible," he said.

Since last night, all the cars abandoned by their owners on Attiki Odos are being moved to the hard shoulder in order to clear the road and allow the snow ploughs to work more efficiently.

Stylianides said that particular attention was paid to medical issues, with the assistance of the ambulance service and Red Cross volunteers.

"Through the superhuman efforts of all the people working in the field, we avoided having any injuries or even something worse. The assistance of EKAB in this was crucial and we thank all the forces that are still operating at this time," he added.

The minister spoke of a "very difficult night", in which the state faced "unprecedented conditions" and noted that the "apology of the state is not and should never be insincere".

"This is not the time to apportion blame. We are now in the field and managing this very difficult situation and we must be undistracted in this work," the minister said.

At the same time, he added, "in a comparison of the situation on the Athens-Lamia national highway with Nea Odos and that with Attiki Odos, on the other hand, the difference is so blatant that it confirms just how groundless are the assertions of the Attiki Odos management company."

Regarding the power cuts, Stylianides said a detailed briefing will be given by the minister responsible and announced that the civil protection services have provided the network operator DEDDIE with two surveillance helicopters to more quickly locate the points of damage once the weather conditions allow.

He noted that the Athens airport was operating normally and that the airport was accessible via the Proastiakos Railway and via the Vari-Koropi road.

"The problems, with the help of all forces, are gradually becoming fewer, the situation is improving by the hour and we hope that by the close of the day we will not have any particular problems with people trapped. Normality will return to the country the soonest possible," Stylianides concluded.

Regions worst affected and which shut down most of their operations included Attica, Boeotia (Viotia), Evia, the Cycladic and Sporades island groups and Crete.

Specifically, all public administration offices were closed, except primary and secondary level local government offices, the Armed Forces and security personnel, public health facilities and other services needed during emergencies.

All schools in the public and private sector at all levels of education - including preschool and distance learning - did not operate on Tuesday. This included recreation centres for special needs people.

Businesses and the retail sector shut down also, except for the following: food stores, pharmacies and other health facilities, gas stations, and any other businesses that normally operate on national holidays or which contribute to managing the repercussions of the storm, Stylianides said.