A new, bright face will be bring fresh life to the Temple of Aphaia in Aegina as the necessary approval was secured by the competent Central Archaeological Council (KAS) for the study of its lighting.

The lighting of the temple, which dates back to the beginning of the 5th century BC, after the Battle of Salamis, aims to highlight the monument without further interventions that will alter its character.

In fact, as the Minister of Culture and Sports Lina Mendoni underlined, the lighting project of the Temple of Aphaia will be implemented in the model of the monuments of the Acropolis and the Ancient Agora of Athens.

“Not only a constant and fair request of the inhabitants of Aegina is satisfied, but also the need to highlight the standing ancient monuments in a scientifically and aesthetically correct way,” Mendoni said.

“The use of appropriate lighting enhances the experience of visiting the site for visitors, as it highlights the architectural structure of the Temple of Aphaia, the third dimension of the monument as a whole, but also the sculpture of its individual elements,” she noted.

“As the intervention has a clear developmental character, the project has been foreseen in the projects of the Ministry of Culture and Sports, which are financed by the Recovery Fund,” added the minister. 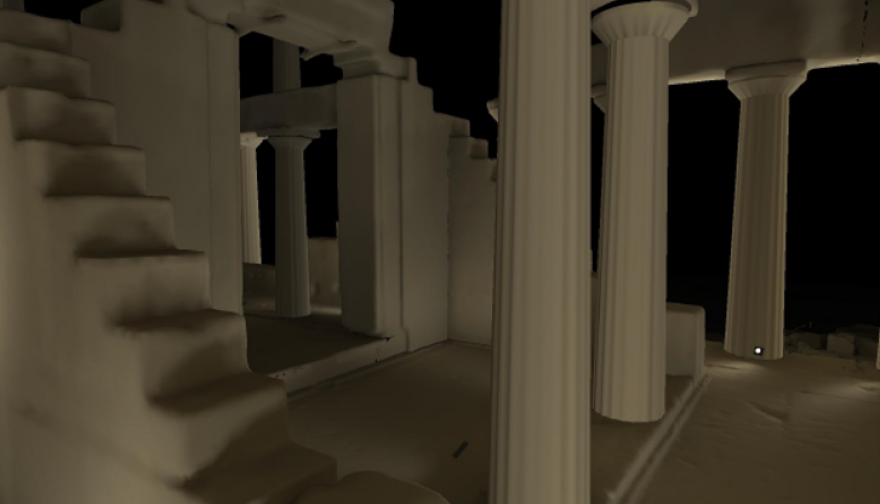 For the lighting of the Temple of Aphaia, luminaires of new technology and high color efficiency, LED type, will be used.

The study was prepared in the framework of self-supervision of the Ephorate of Antiquities of Piraeus and Islands after its assignment to the company “Eleftheria Deko & Associates.”

It takes into account the general principles of good and appropriate lighting of monuments and public spaces, as well as regulations.

The Temple of Aphaia is one of the most important and well-preserved monuments in Greece.

This is the most important surviving monument of the Sanctuary, dedicated to Aphaia.

It is an intersection for the ancient Greek architecture since it has a colonnade of 12 columns on the long sides and six on the narrow sides, abandoning the elongated proportions of the archaic temples.

The sculptures of the pediments derive their theme from the Trojan War, in which Aeginian warriors and descendants of the king of the island of Aiakos were distinguished.

The west pediment showed the later expedition by Agamemnon against Priam, in which three descendants of Aiakos, Ajax, Teukros and Achilles, participated.

The west pediment reflects the aesthetics of the sixth century BC, while the east pediment, which is more animated and less stylized, dates to the early fifth century BC.

The temple remained visible and imposing for many centuries after its abandonment. The architect C. R. Cocherell and his friend baron von Hallerstein explored the site in 1811 and removed the pedimental sculptures to Italy.

In 1928 the sculptures were taken to Munich, where they remain.

At the time of the construction of the new temple, the entire sanctuary was refurbished with new terraces, a stone enclosure wall and an imposing propylon on the south side, all of which contributed to its monumental appearance.

Outside the propylon was a series of buildings, which served the needs of the sanctuary. Prosperity was not meant to last, however.

The importance and infrastructures of the Aphaia sanctuary declined rapidly following the Athenian domination of Aegina from the middle of the fifth century BC.

Some repairs were made in the fourth century, but the third century was a period of decadence and by the end of the second century BC the area was abandoned.