The Communist Party of Greece (KKE) blasted the "Russian invasion" as one of the "most atrocious and barbarous" following the massacre in Bucha.

"The murders of civilians is the most atrocious and barbarous picture of the imperialistic wars from whenever it comes from wherever they take place, either now in Ukraine due to the Russian invasion or in the past in Yugoslavia, Iraq, Syria and elsewhere with the responsibility of USA and NATO," said the KKE on Monday regarding the "murders of civilians in the town of Bucha in Ukraine."

"The condemnation of such abhorrent acts should be total without selective 'sensitivities' that lead to the acquittal of the crime of one or the other camps of 'robbers'," concluded KKE in its announcement.

Kyiv accused the Russian military on Sunday of having committed a "massacre" in Bucha, a town northwest of Kyiv recently retaken by Ukrainian troops, where the bodies of civilians were found in the streets.

Bucha, a commuter town of around 37,000 outside Kyiv, as well as the nearby town of Irpin, saw fierce fighting since Russia invaded Ukraine on February 24.

The town was occupied by the Russian army on the third day of the war, on Feb. 26, and remained inaccessible for more than a month.

Shelling stopped on Thursday and Ukrainian forces were only able to fully enter the town a few days ago. 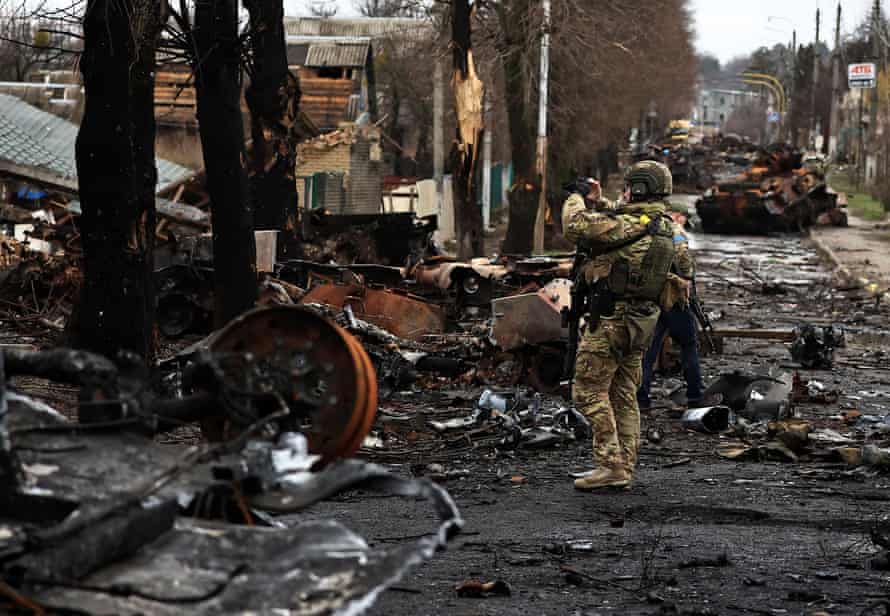 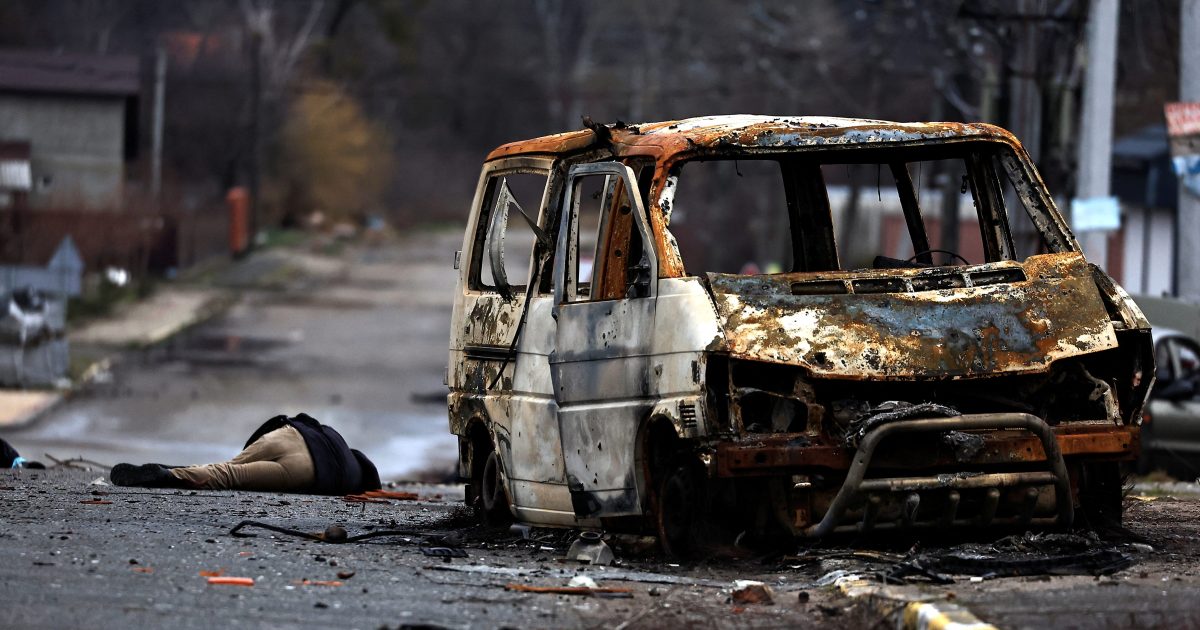 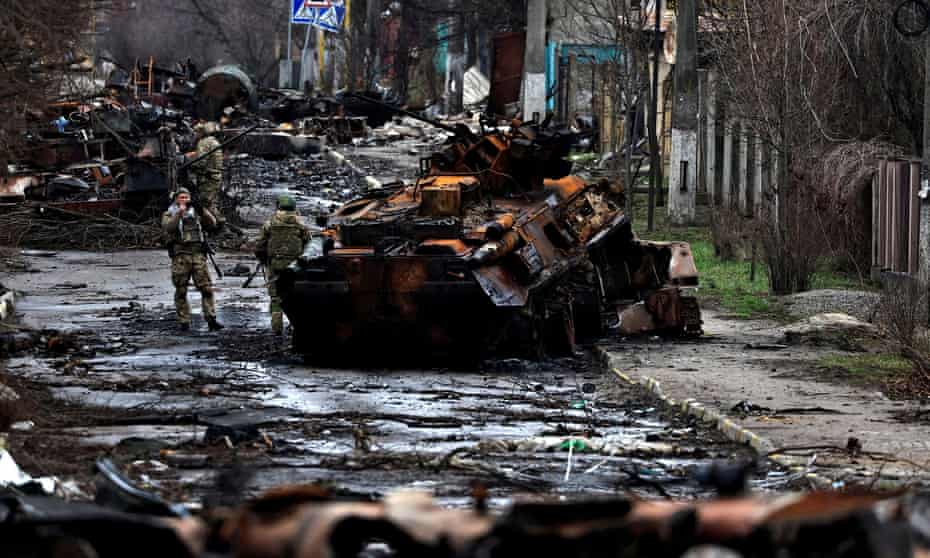 Those who stayed in Bucha, trapped by the incessant fighting, were deprived of water and electricity and lived in very cold temperatures.

Witnesses told AFP that they saw Chechen fighters amid the Russian forces.

According to the mayor of the town, Anatoliy Fedoruk, the victims were killed by Russian forces with a "bullet in the back of the neck."

The mayor of Kyiv who went to Bucha on Sunday, Vitaly Klitschko, told AFP that the exact number of victims was not yet known.

"We believe that more than 300 civilians died," he said.

"This is not a war, it is a genocide, a genocide of the Ukrainian population."

US Secretary of State Antony Blinken said Sunday that the sight of multiple civilian bodies in Bucha was a "punch to the gut."

The UK said the "appalling acts" must be investigated as war crimes.

French President Emmanuel Macron said the images were "unbearable" and that Russian authorities "must answer for these crimes."

Germany has said the civilian deaths in Bucha are a "terrible war crime" that "cannot go unanswered" and called for fresh sanctions on Moscow.

Speaking at a press briefing in Moscow, the Defense Ministry spokesman Igor Konashenkov pointed out that Russian troops left the city on March 30, as confirmed by the city's Mayor Anatoly Fedoruk.

Konashenkov argued that if killings of civilians had taken place as claimed, then it should have been mentioned by Fedoruk when he announced that there were no more Russian troops in Bucha.

"All Russian units completely withdrew from Bucha on March 30," the day after peace talks between the two sides in Turkey, said the official.

He added: "Moreover, on March 31, the mayor of Bucha, Anatoly Fedoruk, confirmed in his video message that there was no Russian military in the city, but he did not even mention any local residents shot in the streets with their hands tied."

He questioned the condition of the bodies that the footage shows, asserting that they lacked the signs of decay that should have taken hold over the four days during which they had allegedly been dead.

"All the photos and videos published by the Kyiv regime, allegedly testifying to some 'crimes' of Russian servicemen in the city of Bucha, Kyiv region, are another provocation," Konashenkov said.

He denied that any residents of the city had suffered any "violent actions" while Russian troops were there, adding that they were allowed to flee towards Belarus as Ukraine was shelling the other directions.

The official also said Russian forces had distributed 452 tons of humanitarian aid to civilians in the region's settlements.

Ukrainian Foreign Minister Dmytro Kuleba called on the international organisations on Sunday to send their experts to the country as soon as possible to collect evidence of war crimes committed by the Russian troops.

The Russian war against Ukraine, which started on February 24, has been met with international outrage, with the EU, US, and Britain, among others, implementing tough financial sanctions on Moscow.

At least 1,417 civilians have been killed in Ukraine and 2,038 injured, according to UN estimates, with the true figure feared to be far higher.

More than 4.1 million Ukrainians have also fled to other countries, with millions more internally displaced, according to the UN refugee agency.