Ancient Greek cultural assets were illegally imported from the island of Samos more than 100 years ago, and now new provenance research has tracked items that are housed in Berlin’s national museums.

The latest volume of a series on the history of the Berlin museums, published by the Central Archive of the Berlin National Museums, makes for eye-opening reading.

The result of painstaking provenance research, the book “Constantinople ⁠— Samos ⁠— Berlin. Forfeiture, division of finds and clandestine export of antiquities on the eve of the First World War” consists of essays that reconstruct in detail the history of excavations the then Royal (today: National) Museums in Berlin conducted between the late 19th and early 20th centuries on the Greek island of Samos. 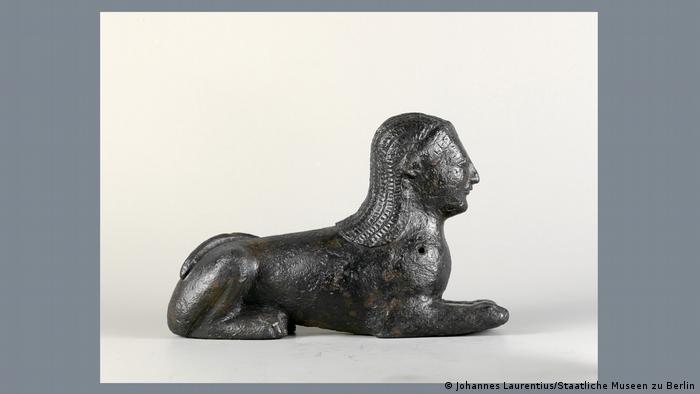 German-supervised excavations had already taken place among others in 1875 in Olympia on the Peloponnese, in Pergamon in 1878 and in Miletus in 1899. The excavations on Samos are considered to be one of the last in which the Royal Museums participated before the outbreak of World War I.

The essays not only reveal the partly illegal export of archaeological finds but also how the German actors back then attempted to profit from power imbalances against the background of political instability.

Attempts to cash in on ‘museum business’

In the years prior to World War I, the eastern Mediterranean region experienced political upheaval and uncertainty.

Located on the east of the Aegean Sea near Asia Minor, Samos itself was in transition between 1910 and 1914: The island was a semi-autonomous principality of the Turkish Ottoman empire until its annexation to the Kingdom of Greece in 1912.

From July 1913 to March 1914, negotiations took place between Berlin and Constantinople regarding possible substantial loans to the Ottoman state by German banks, with the antiquities of the former’s Imperial (Archaeological) Museum or a substantial portion of them being pledged as collateral. Their sale was an alternative option under discussion.

In either case the aim was to bring the most valuable antiquities to Germany and exhibit them in the Royal Museums of Berlin.

This “museum deal” was the brainchild of Theodor Wiegand (1864-1936), then external director of the Berlin Museums in Constantinople and later head of the antiquities department of the museums in Berlin, and his colleague and head of the excavation on Samos, Martin Schede (1883-1947).

Although this deal eventually fell through, archival material and personal testimonies of the German parties reflect their sense of superiority and conviction that the Ottoman state would default on its loan agreement, thus enabling the German banks to gain ownership of the antiquities that the Prussian state would then purchase.

The splendours of Samos

Samos in antiquity has been described as a particularly rich and powerful island known for its vineyards and wine production, red pottery, iron mines, arts and crafts with bronze, and olive oil among others.

During its heyday in the 6th century BC, it was known for using innovative methods for its exceptional technical and artistic achievements. 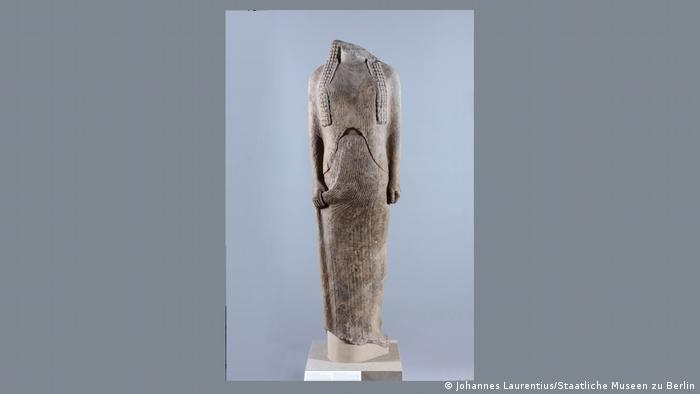 For instance, the 1 km-long Eupalinian aqueduct, which provided the town of Samos with fresh water, is dubbed an ancient engineering marvel. The Heraion, a sanctuary dedicated to the Greek goddess Hera that was adorned with splendid sculptures, was declared a UNESCO World Heritage Site in 1992.

Lying just 600 meters from Turkey at the narrowest point, in recent years Samos (along with the other Greek island of Lesvos) has seen an influx of refugees from Syria, Iraq, Afghanistan and Africa.

Martin Maischberger, the deputy director of the Berlin Collection of Antiquities and a contributor to the book, told press agency epd that around 250 objects are suspected to have come to Berlin “unofficially” while it is almost certain that around a dozen objects “illegally left” Samos.

According to him, only around 20 objects were listed on an official agreement on the sharing of finds between the Royal Museums in Berlin and the then Prince of Samos, Andreas Kopases.

The archaeological finds include magnificent statues, such as the Ornith from the Geneleos group or the Cheramyes Kore, as well as small bronze statuettes, clay statuettes, ceramics and architectural parts from the Heraion.

Maischberger added that the role of and correspondence between archaeologists Theodor Wiegand and Martin Schede regarding the acquisition of these antiquities now call for more critical assessment too. He further explained to epd that provenance research was made more difficult, among other things, by the relocation of files from the Secret State Archives of Prussian Cultural Heritage to Moscow after World War II. 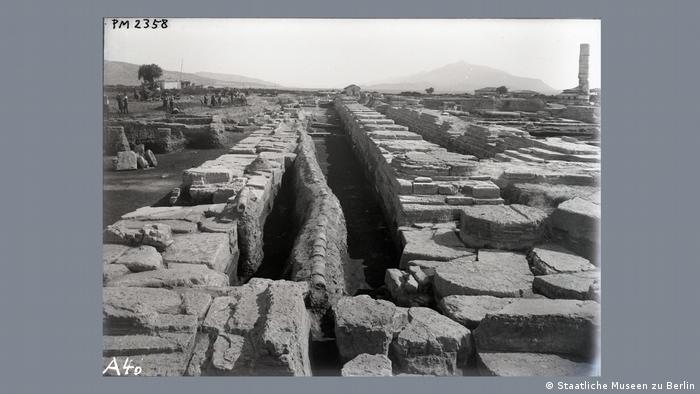 While some excavated finds under the supervision of Wiegand and Schede were legally transported to Germany, archival documents provide evidence that illegal export was the route more often chosen. Small finds were sent to Berlin by international post, while larger finds and heavy marble sculptures were transported to Germany by shipping companies without the knowledge of local authorities.

The book provides an appendix listing all objects from Samos, which are in the possession of the Collection of Classical Antiquities of the Berlin National Museums.

Still an injustice a century later

Unveiling the book on April 7, Christina Haak, deputy director general of the State Museums, stated that talks have already been initiated with the Greek side, “but we are only at the beginning.”

She added that while it is still too early to discuss returns or research and exhibition cooperation, what is clear is: “The injustice of the time is still injustice more than 100 years later.”

Coinciding with Provenance Research Day on April 13, an online book “online book presentation of “Constantinople — Samos — Berlin” will gather experts and the authors of the work for a discussion on the topic.