Today we explore the story behind the Jason and The Argonauts as they embark on an epic and perilous quest to recover the Golden Fleece and reclaim the kingdom that was stolen from him.

For well over three millennia, the story of Jason and his fellow Argonauts enthralled the world.

His quest to get the fabled Golden Fleece and bring it back to his homeland is a fabulous story of grit, compassion and revenge. 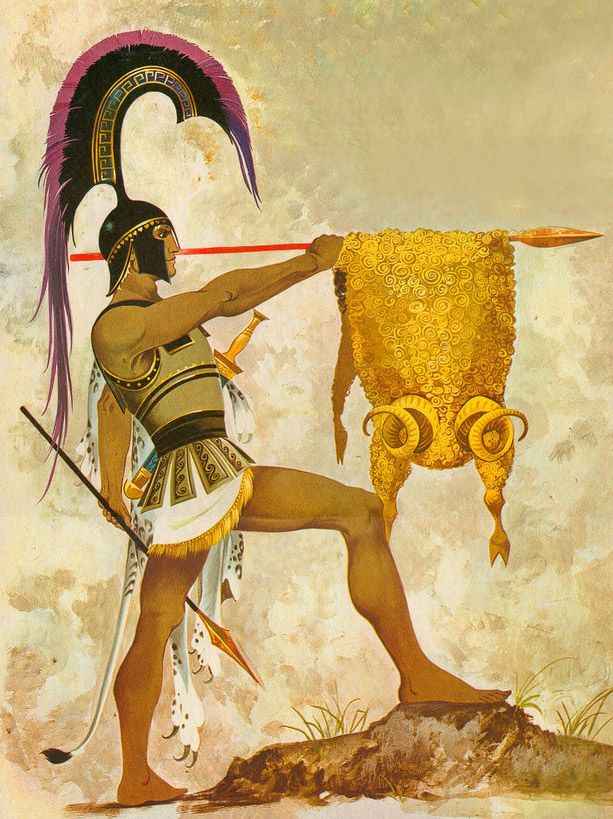 Over the centuries many versions have been recorded, but the essence of the story remains the same; an adventure of epic proportions.

Although it is believed that the story was firstly told in about 1,300 BC, the most authentic and comprehensive version comes much later in the 3rd century BC from Apollonius, head librarian at Alexandria.

His account ends, however, before the return of Jason to Iolcu. Hereafter, much of the story is culled from common tales.

Jason was believed to have been educated by the wise centaur Cheiron in the forests of Mount Pelion. He had been placed under the centaur’s care by his father Aison whose younger brother Pelias had usurped the throne of Iolkos in Thessaly.

When he reached manhood, Jason participated in the celebrated hunt for the Kalydonian Boar which involved many Greek heroes such as Theseus, the Dioskouroi, Atalanta, and Meleager. This huge creature terrorized the city of Kalydon and the surrounding area in Aetolia, having been sent by the goddess Artemis in order to punish Oineus, Meleager’s father, for his impiety in not sacrificing to the goddess.

At the age of 20, Jason finally returned to Iolkos to claim his kingdom. On his return journey Jason somehow lost one of his sandals and when he re-entered the city, Pelias saw him and recalled an oracle some years before which had declared that Pelias would lose his life at the hands of a one-sandaled man.

Identifying Jason as the oracle’s man, he decided to send the hero on an impossibly difficult and probably fatal expedition to bring the fabled Golden Fleece to Iolkos.

This is Jason’s story:

READ MORE: The Greatest Speech in History? Alexander the Great & The Opis Mutiny.

The raw reality of Greek-Turkish relations

A Beginners Guide to Greek Mythology – The Story of Creation (VIDEO)