Crimea was once home to the prosperous Kingdom of Bosporus, its roots lying in the Greek colonisation of the region in the 5th century BC.

Located at the edges of the Steppe and populated by a series of nomadic tribes, Crimea grew wealthy from trade and was also a prominent supplier of grain.

However, in the late 2nd century BC, it's independence waned, coming first under control of the Kingdom of Pontus, and after that was a client state of the Roman Republic (who themselves had subdued Pontus) and the later Empire as well. 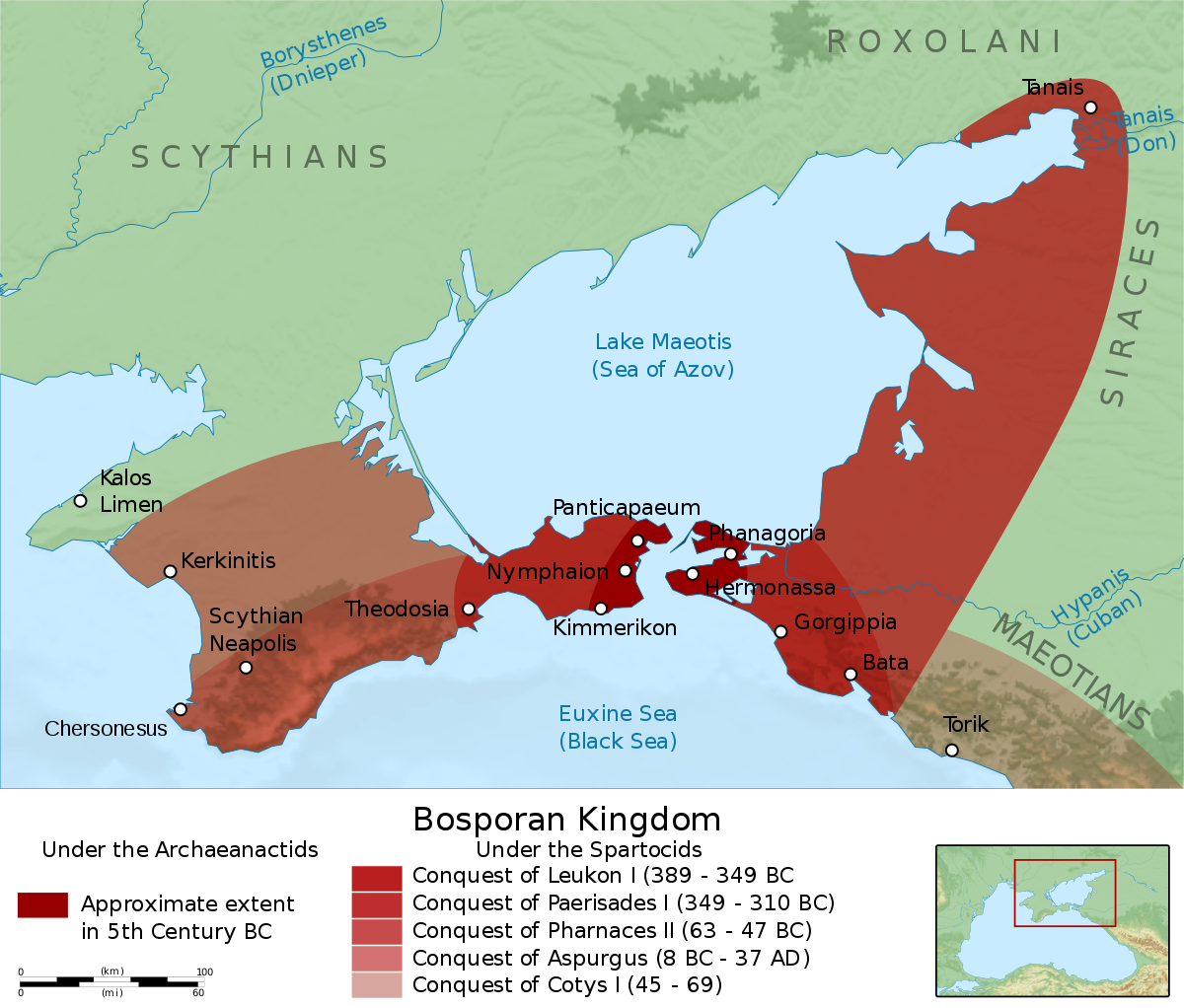 Bosporus remained a large supplier of grain to Rome and a rich trading partner, and their army was frequently involved in defending the kingdom from raids against the neighbouring nomadic tribes, like the Scythians and Sarmatians.

For at least some time in the 1st century AD there was a permanent Roman garrison in Bosporus consisting of Auxiliary troops, and on occasion Legionary detachments from the garrison in the Balkan provinces served there.

By the 2nd century AD at least these troops were led by an officer with the title of "Praepositus Vexillationibus Ponticis apud Scythiam et Tauriam".

In 49 AD during the reign of Claudius, the Romans fought a short but fairly large scale war around Crimea, which is recorded by the historian Tacitus.

It sheds much light on events in Crimea at the time, and also on the workings of the Roman army, yet sadly is virtually forgotten by modern audiences.

The origins of this war laid in the deposition of the Bosporan king Mithridates at around the middle of the 1st century AD.

He was removed from power by the Romans who had previously supported his rule, perhaps having grown suspicious of his loyalty and ability to lead, and was replaced by his clearly pro-Roman younger brother: Cotys I.

Mithridates was now an exile, appearing to be living among the tribes north of his old kingdom, clearly waiting for an opportunity to retake his throne.

Greece will not submit to Turkish aggression - Cyprus solution a priority: Greek President