At the height of the pre-election period in Albania, President Edi Rama signed an agreement with Turkish Culture Minister Mehmet Nuri Ersoy to restore Ottoman heritage in the Greek Minority town of Argyrokastro (Αργυρόκαστρο, Albanian: Gjirokastër).

Rama, who does not hide the pro-Turkish sentiments and special relations with Erdoğan, welcomed the Turkish delegation in a traditional building of the town. 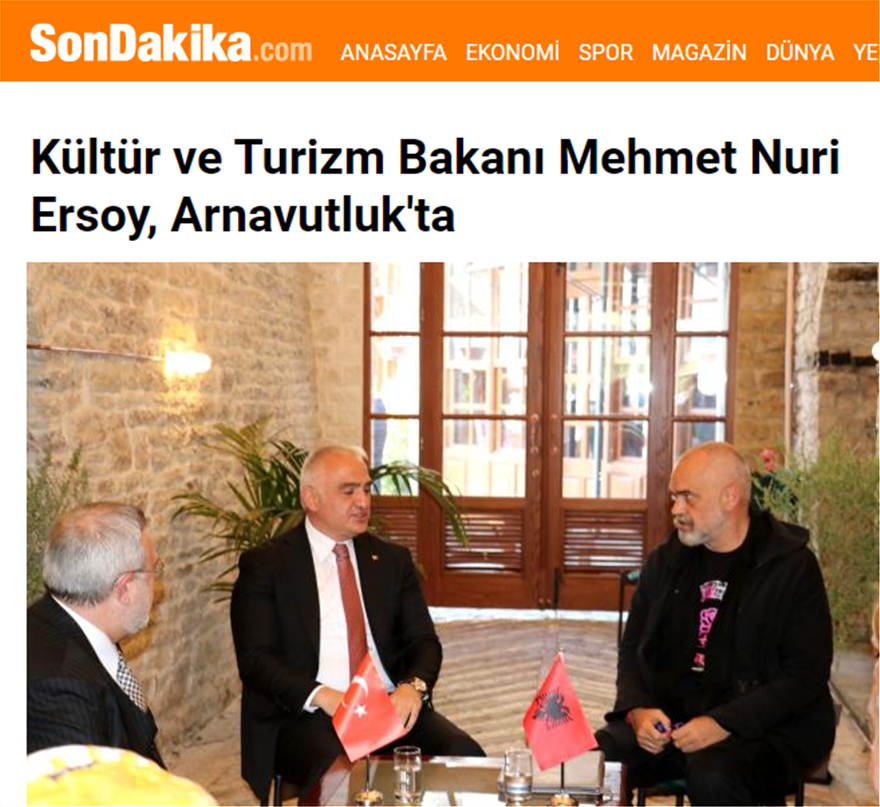 The building in the town was recently restored by the so-called Turkish Cooperation and Coordination Agency (TIKA) which operates similar projects in Balkan countries that in the past were part of the Ottoman Empire.

The old town of Argyrokastro is inscribed on the World Heritage List and is listed as: "A rare example of a well-preserved Ottoman city, built by large landowners".

Rama said in a statement that "agreements have been signed to strengthen and promote further cooperation in the fields of tourism, art, archeology, museology, combating trafficking in cultural heritage sites and protecting the rights of authors."

The city is a historical center of the Greek minority in Northern Epirus, today's Southern Albania.

To date, there has been no similar zeal on the part of the Albanian government to salvage and highlight the cultural heritage associated with the strong Greek Orthodox presence in the region.