In full coordination, Greece and Cyprus are participating in the Five-Party Conference in Geneva, according to diplomatic sources, remaining committed to the basic principles for resolving the Cyprus issue as defined by UN Security Council resolutions.

Greece, as a guarantor power, is participating as of today in the informal five-party conference convened by UN Secretary General António Guterres. 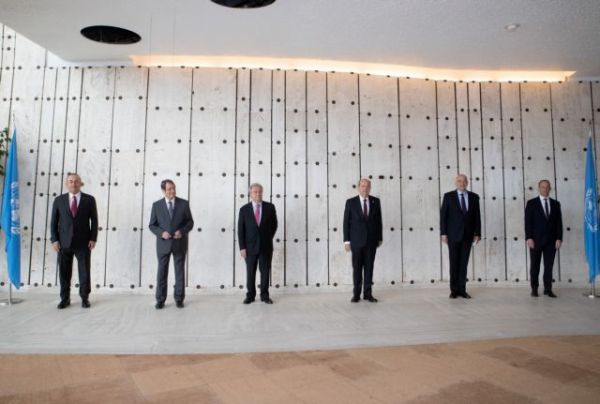 At the heart of the talks was the coordination in view of the start of the informal pentagon.

The Foreign Minister then attended a reception hosted by the UN Secretary-General.

In his speech during the informal five-day meeting earlier today, the Foreign Minister pointed out that Greece is coming to this meeting in a constructive mood and in good faith.

He pointed out that the Mitsotakis government wants the resumption of negotiations for the settlement of the Cyprus problem, the framework of which must be fully compatible with the UN Charter and the relevant decisions of the UN Security Council.

These are for a bi-communal, bi-zonal federation, under the European acquis. 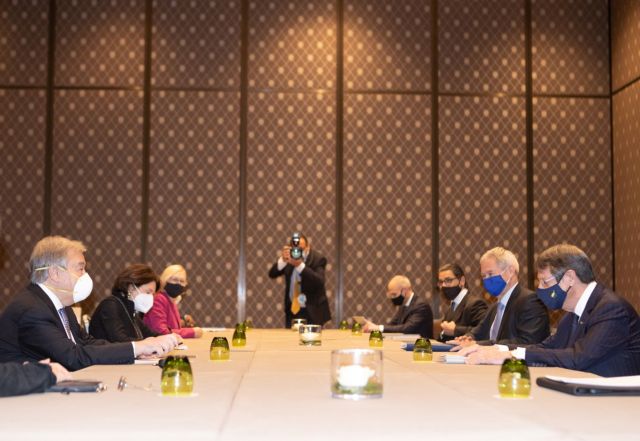 Especially with regard to the last point, he made special mention to the fact that any solution should ensure the continuation of the substantial participation of Cyprus in EU decision-making without external interference.

He stressed that there is no room for consideration of any alternative outside the above framework.

Referring to the status of guarantees, he stressed that there should be provision for the abolition of this anachronistic system and the possibility of intervention by third countries, as well as the complete removal of Turkish occupying forces from the island.

It is recalled that Guterres clarified to the Turkish Cypriot side that the two-state solution in Cyprus is not acceptable.

b) The UN Security Council, the international community and the EU will never accept them, and

c) The workload concerning the Cyprus issue cannot be deleted and we must start from the beginning.

Turkey is the largest landfill for European waste