Gogo from Kastellorizo ​​and Kerem from Turkey met, fell in love and wanted to live together! No matter what obstacles they found, they overcame them – Gogo went to Turkey in a Turkish boat, the love lasted, and their wedding will take place in Kastellorizo, ​​and it will be religious!

It is the power of love, which moves mountains!

Gogo Karydogianni sees the Greek ships from her house in the Turkish town of Kaş (Antifellos, Greek: Αντίφελλος), reminding her of her birth island of Kastellorizo just some minutes away (by boat).

But it is Kerem who calms her down, especially when she hears him say the Greek she taught him, when she cooks the famous Turkish pilaf and when they plan their wedding on the island.

In speaking to Rodiaki, she explained that the two met  in a restaurant.

“He is an engineer on the ship that came and went everyday with tourists from Kaş. He kept coming to the restaurant, they had become friends with Nikolas Asvestis, the owner,” she explained.

“He asked me to make him frappe. I was not so friendly. In fact, in the frappe I put tap water instead of ice-cold bottled water as we do in Kastellorizo! I did the same the next day and the next day, with his coffee

“He came to the kitchen, very kindly, and asked me to put him bottled water. I got angry, and told him ‘now you will tell me that I do not make good coffee?!’

“But I saw from previous days that when he addressed me his gaze changed, the tone of his voice…

However, undeterred by Gogo’s rudeness, Kerem said to her: “I may be a Turk, a Muslim, and you a Greek Christian, but we love the same, we hurt the same and I want to make you my wife, I have fallen in love with you from the first moment I saw you.” 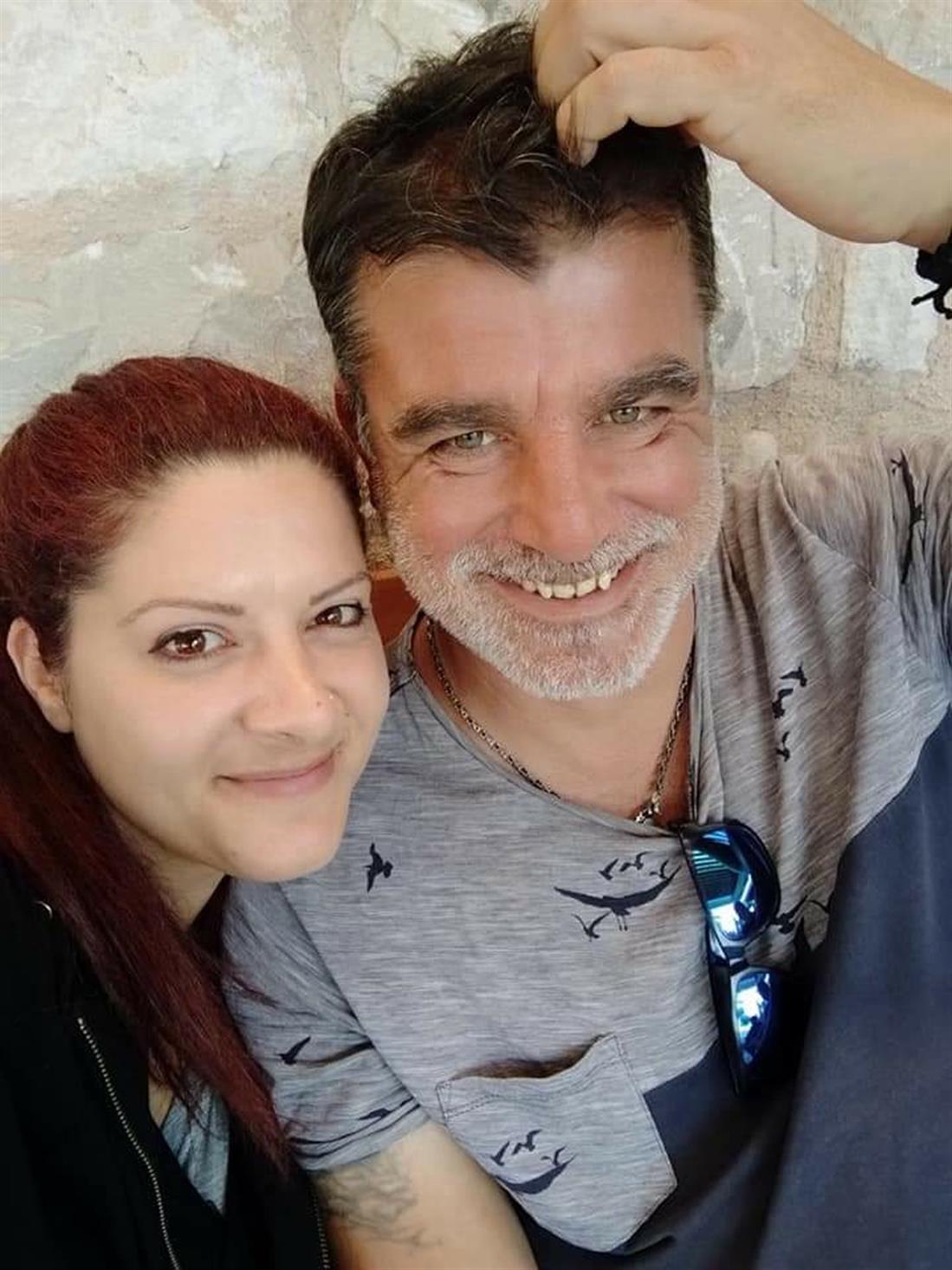 She told him that she cannot accept Allah, and Kerem responded with “I will never push you.”

“After this conversation, he suggested that I get on the day boat and come here to Turkey to see how he lives. I took a day off for a few hours and went,” she recounted.

“He set the table for me, he put Greek music on me. You know, here in Kaş, everyone listens to Greek music in their homes, and our mutual friends always play Greek music in my honour even when we talk on the phone.

When asked how reactions were that she was with a Turkish man, she said that “from the end of June [2019] when this interest started until the end of August, no one knew anything.

“I did not say anything to my mother and father until August 31, which is my birthday and I always have a party.

“This time I did it in the restaurant where I worked and just before I told my mother that there will be an extra guest that I want you to meet.

“I had also invited Kerem who came and sat alone at a small table. My mother immediately understood! Kerem felt uncomfortable, I blew out the candles and to my great surprise he told me to translate into Greek what he would say.

“He took out a box containing a silver cross with a chain and said: ‘I may be a Muslim, but nothing separates us, neither politics nor religion, only language separates us’.”

After the birthday celebration, Kerem went back to Turkey, but it was a difficult situation that Gogo’s father “took very seriously” with her mother “trying to calm things down.”

“From the first moment, however, the one who supported me was my grandfather and my grandmother,” she said, adding that her grandparents encouraged the relationship despite her grandfather having suffered from the Turks.

“On September 4, my father finally accepted Kerem’s offer to discuss therelationship. But nothing has changed. He told me ‘if you leave, the door closes for you!’ I started to think in my mind that I would leave Kastellorizo ​​secretly.

“I was at the customs and boarded the ship to Turkey accompanied by the Greek police.

When asked what she was thinking at that time, she said “when things calm down I will see my family again. I hung up the cell phone for a week and then my mother texted me.

“When Kerem and I first came to Kastellorizo, he apologized for the way we left and hugged my grandfather tighter than anyone. 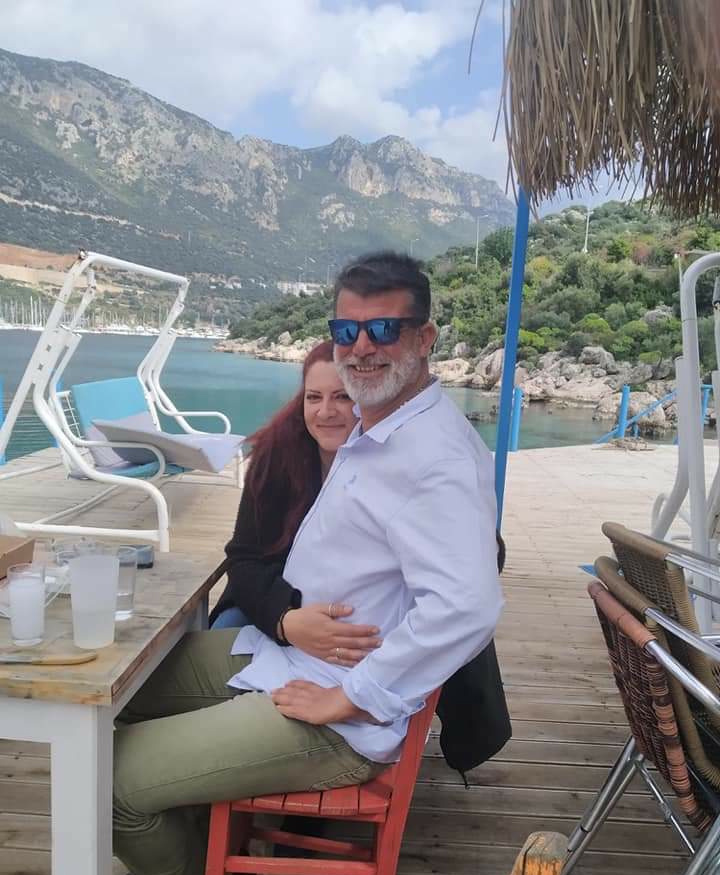 Gogo also explained how she is currently in Kaş as the boat connection to Kastellorizo is closed because of COVID-19.

“Sometimes I think like the Syrians, to get a plastic boat to take me across,” she said.

“I am trapped in Kaş and in September I will be here for two years. I have looked for all possible ways to go to Kastellorizo, but it is not possible.

“There is a lot of bureaucracy in Turkey, and I also do not want the wedding to take place here, I want to come to Kastellorizo and be Christian.

“When I came, I did not know the language, we could not communicate exactly in English with Kerem. But I was right, he is my man. Love brings peace, hatred brings war. I chose a camp.

“People here feel like friends to us, they listen to our music, they drink Varvagiannis raki more than their own Yeni raki, we have tzatziki, they have tzatziki.

“We play backgammon with Kerem, we have our vegetables in the garden, he cooks the famous Turkish pilaf and we always make frappe for both of us.

“Only the muezzin who calls for prayer reminds me of where I am.”

When reflecting on Turkey’s aggression last summer, which even led to tourists fleeing Kastellorizo, Gogo said “I was very scared when that afternoon I heard my mother on the phone crying and telling me “we will die, the Turks are over our heads, you be careful!”

“But here people were telling me ‘do not be afraid, we will protect you, nothing will happen’.

“What I realise everyday here is that nothing separates the people. Whether it is the services here or the ordinary people when they hear that I am Greek, they are very friendly. They are not interested in the seas or the land, they are interested in souls.”

Gogo however stressed how desperate she is to return to Kastellorizo so that she may finally get married.

Indian FM meets Mitsotakis: It's a privilege to be in Greece for its 200 year independence anniversary