The Greece-Russia History Year was officially launched with the signing of joint minutes at the Historical Museum of Athens on Friday. It was attended by both countries’ committees, while a message was also read by Russian President Vladimir Putin. 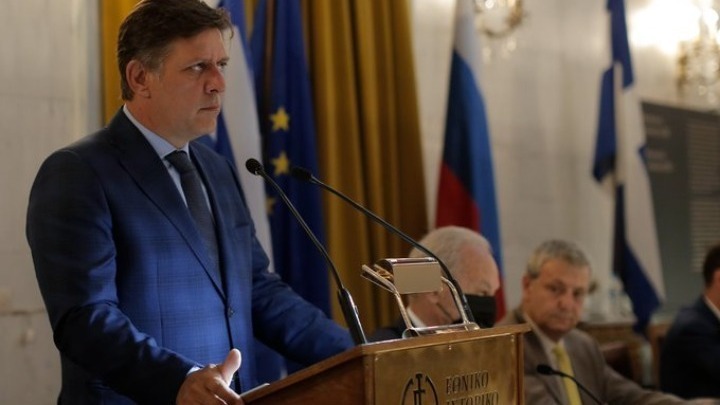 “Our duty is to retain and increase the good traditions of friendship and mutual assistance,” President Putin’s message read, “to pass on to younger generations a thoughtful approach to our common history, and to faithfully honor the achievements of our heroes.”

He referred to Greece’s bicentennial in 2021 of the outbreak of the War for Independence (1821) and noted that “hundreds of Russian volunteers fought next to Greek patriots until Greece achieved its independence.” The History Year would revive the most important events in the timeline of Greek-Russian relations, he said, wishing the celebration success. 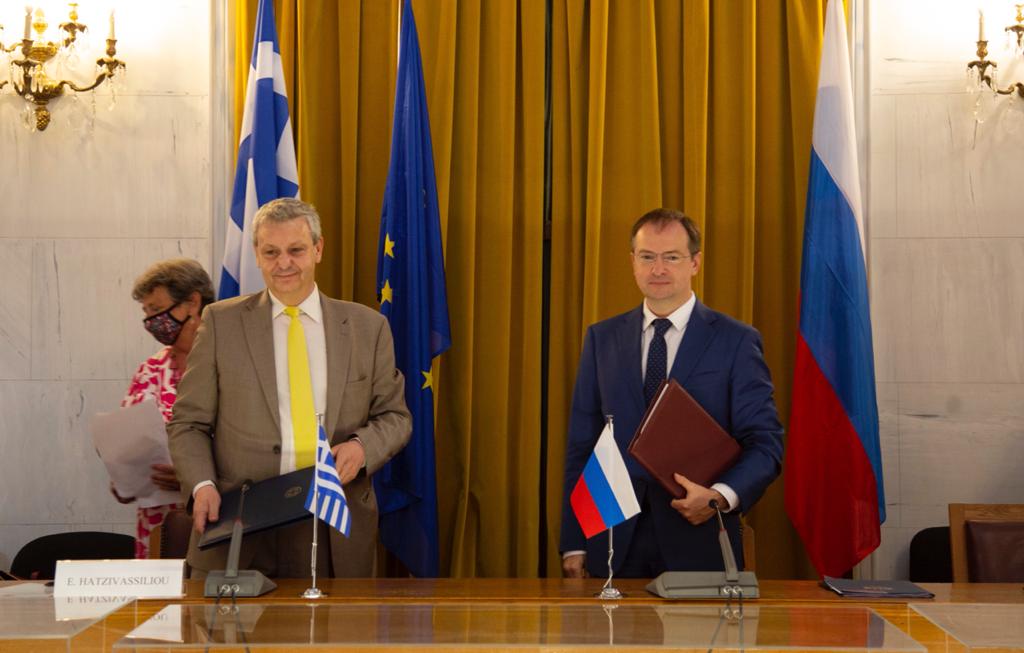 In his opening remarks, Varvitsiotis referred to the Hagia Sophia museum that was turned back into a mosque and said “Greece expects the support of Russia on issues related to their joint cultural journey and heritage.” A joint position in international organizations would help protect this emblematic monument of the joint culture of the two countries.

Varvitsiotis also reiterated the need to complete the negotiations on the return to Greece of the archives of Greek Jewish communities now kept in the Russian state archives, and referred to Prime Minister Kyriakos Mitsotakis’ visit to Moscow at the end of the year. “We would like to see many of these unresolved issues in Greek-Russian relations conclude, and to be wrapped up with a splendid event and the Greece-Russian History Year,” he noted.

Given the late start of the History Year because of coronavirus pandemic restrictions, Medinsky proposed that the Year be extended into 2022, which would allow the implementation of the goals set by the Russian president and the Greek prime minister, to promote the joint history to more people in each country. Greek committee coordinator, Ambassador (ret.) Elias Klis confirmed that the program would be extended as needed in order to fit in all planned events. 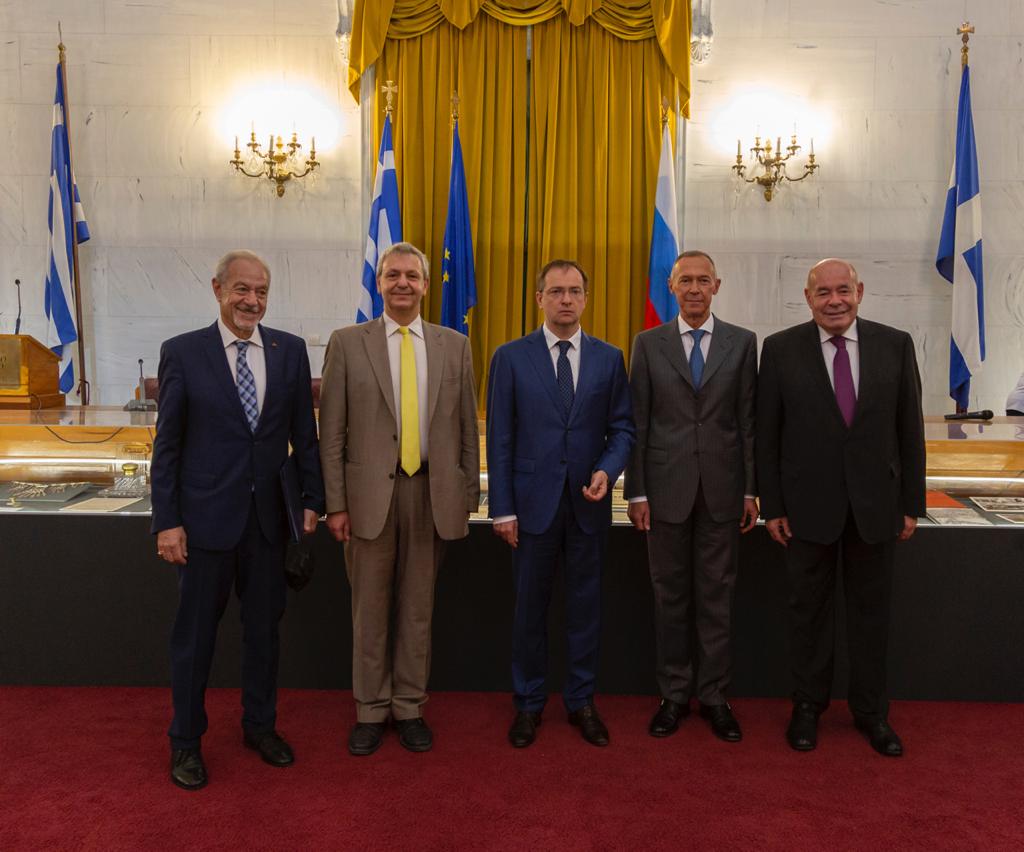 The joint minutes of the History Year program was signed by the chairs of the organizational committees: Evanthis Hatzivassiliou, University of Athens professor and Secretary General of the Hellenic Parliament Foundation for Parliamentarism and Democracy and Medinsky, assistant to President Putin, who was accompanied by Mikhail Shvydkoy, Special Representative of the Russian President on International Cultural Cooperation. Shvydkoy is coordinating the event on the Russian side.

Hatzivassiliou said that despite the late start, “the programming shows the celebration will be worthy of the friendship and long-standing ties of the two countries,” and said it would also provide an opportunity for the Greek organizational committee to honor Russia properly.

The joint year shows that the Greek and Russian peoples are very interested in one another, Shvydkoy noted, and noted that the program includes nearly 200 events, especially highlighting contacts between young people.

The chairs of organizational committees of both countries also met to exchange programs of the planned events in each country.

Dendias to visit Ukraine on Monday

Eight were killed in shooting at Perm State University in Russia, gunman injured in hospital