Turkish pro-government media claims that the recent promise by Greek Foreign Minister Nikos Dendias to his Turkish counterpart Mevlüt Çavuşoğlu to assist in extinguishing the deadly fires in Turkey, remained only in words.

In recent days, the Erdoğan government has been heavily criticised on social media for not accepting the Greek side’s offer of help.

This fact forced the Turkish Ministry of Foreign Affairs to “leak” to controlled pro-government media that the “information that Greece is ready to help Turkey does not correspond to reality”.

Essentially, this action is aimed at deconstructing the offer by Dendias to help Turkey deal with the fires, which has become a point of contention in recent days on Turkish social media networks.

“Perhaps the Greek Foreign Minister sent the message to Turkish Foreign Minister Mevlüt Çavuşoğlu on July 29 that Greece was ready to help Turkey with the fires, as soon as Turkey submitted a request through the European Union Civil Protection Mechanism. Greece refused,” Sabah falsely reported. 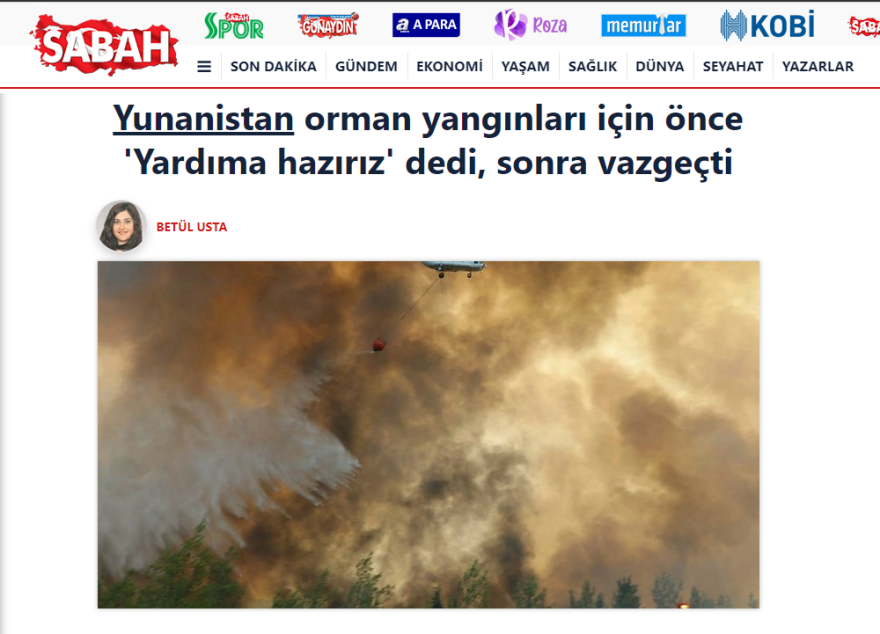 In the same vein, Hurriyet writes that the Greek Ministry of Foreign Affairs informed the Turkish embassy in Athens that: “they intended to help Turkey, but due to the fires in Greece they can not help now”.

The article was entitled: “The offer “of Greece” proved to be a lie.” 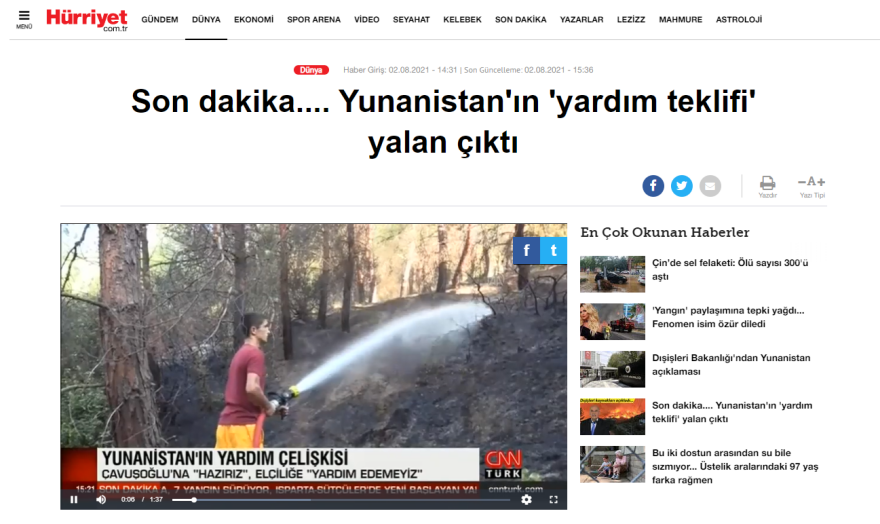 The truth is that the last big fires in Greece, mainly in Rhodes and Achaia, mobilised the entire fire brigade of the country.

However, there was no official request from Turkey to the Greek side to assist by any means in extinguishing the fire fronts in the neighboring country.

So far, however, there is no official Greek response to the new allegations of the Turkish media.