According to them, although the number of forest fires in 2021 in Greece shows a relatively small increase (26%) compared to the average of the period 2008 – 2020 (Figure 1), the total burned area records an extremely large increase equal to about 450% of the corresponding average for the same period.

It is worth noting that based on this data, Greece is ranked first among the 15 Mediterranean countries examined, with a large difference from second placed Turkey and third placed Cyprus, which also records a significant increase. 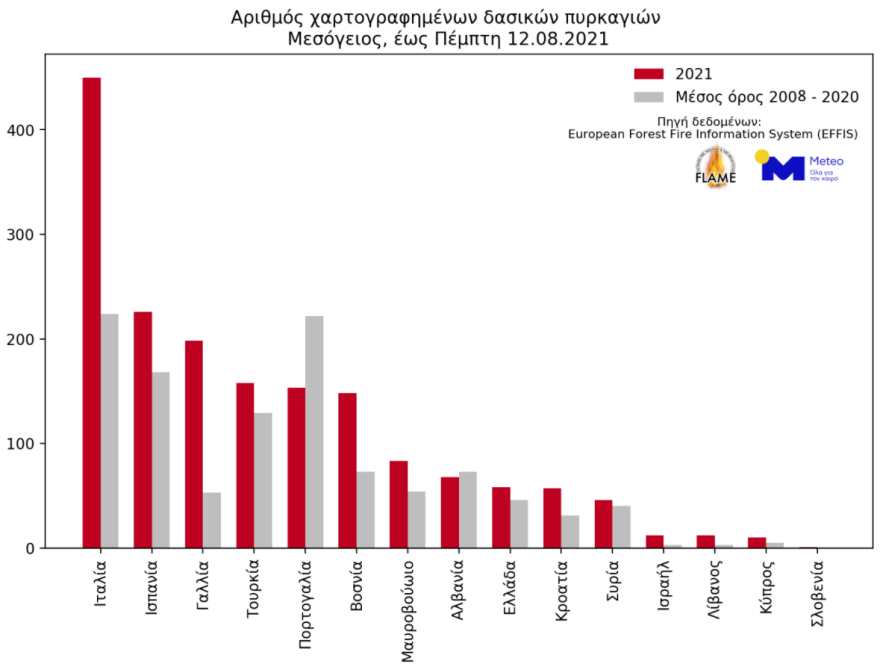 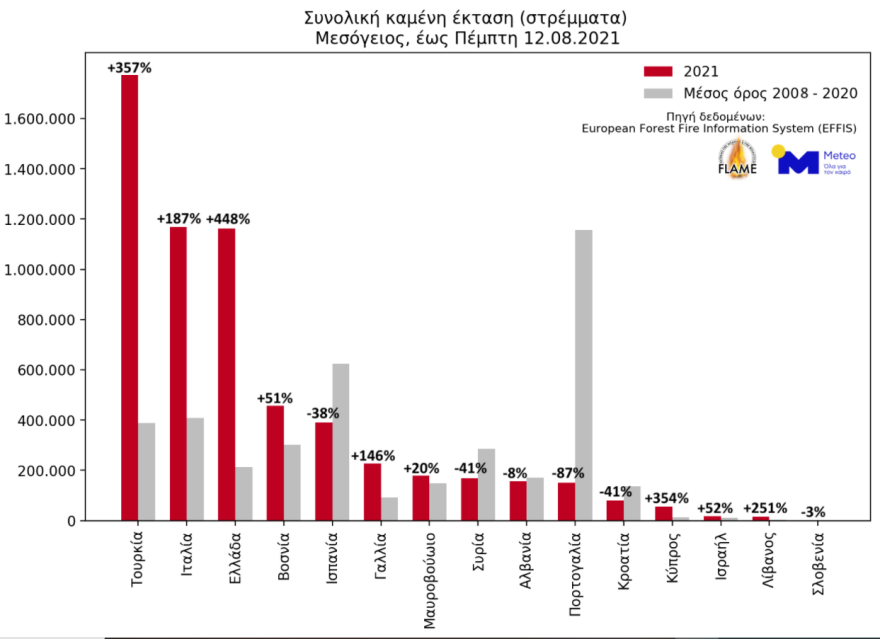 In absolute numbers, until Thursday night, 58 large forest fires have been recorded in Greece (Figure 1), which burned a total area equal to 1,161,650 acres (Figure 2).

Using this data, it appears that the average burned area per forest fire in Greece amounts to about 20,000 acres for 2021 (until 13.08.2021), a fact that ranks Greece first in the Mediterranean, with a very significant difference even from second placed Turkey (Figure 3). 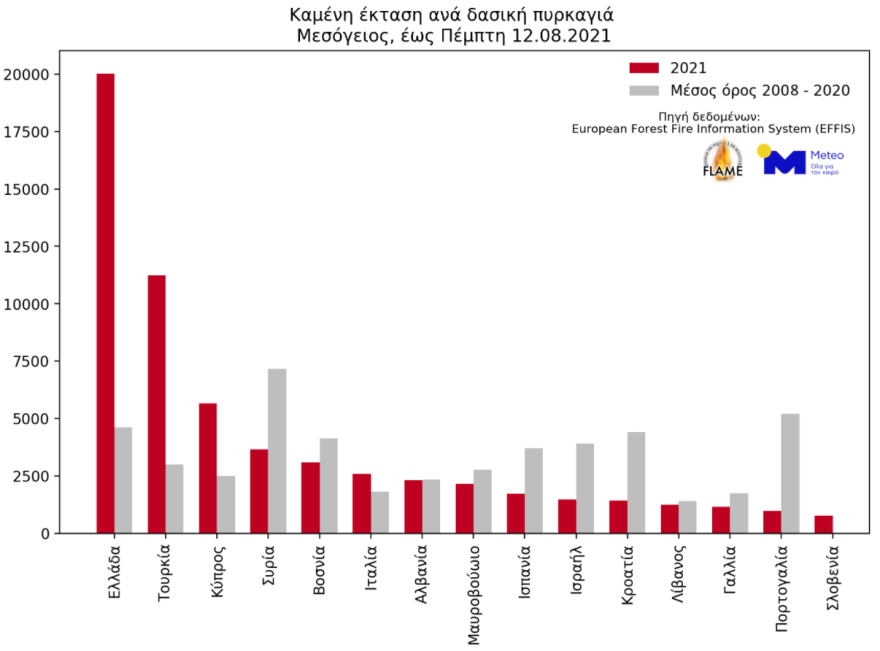 Curfews in Chania and Zakynthos extended to August 18

Changes in the Government: Skertsos becomes Minister of State

Fire beaks out near Place de L’Opera in central Paris