The 17-year-old girl who has accused a Greek Super League footballer and his 40-year-old Nigerian manager of gang rape on Thursday gave evidence to the examining magistrate handling the case.

She testified in person against Olympiacos defender Ruben Semedo and his manager in conditions of utmost secrecy to protect her identity.

Shortly after the girl concluded her testimony, the suspect was taken to the courts at Evelpidon, where he told reporters "not to worry...you will see" when asked whether he was innocent. 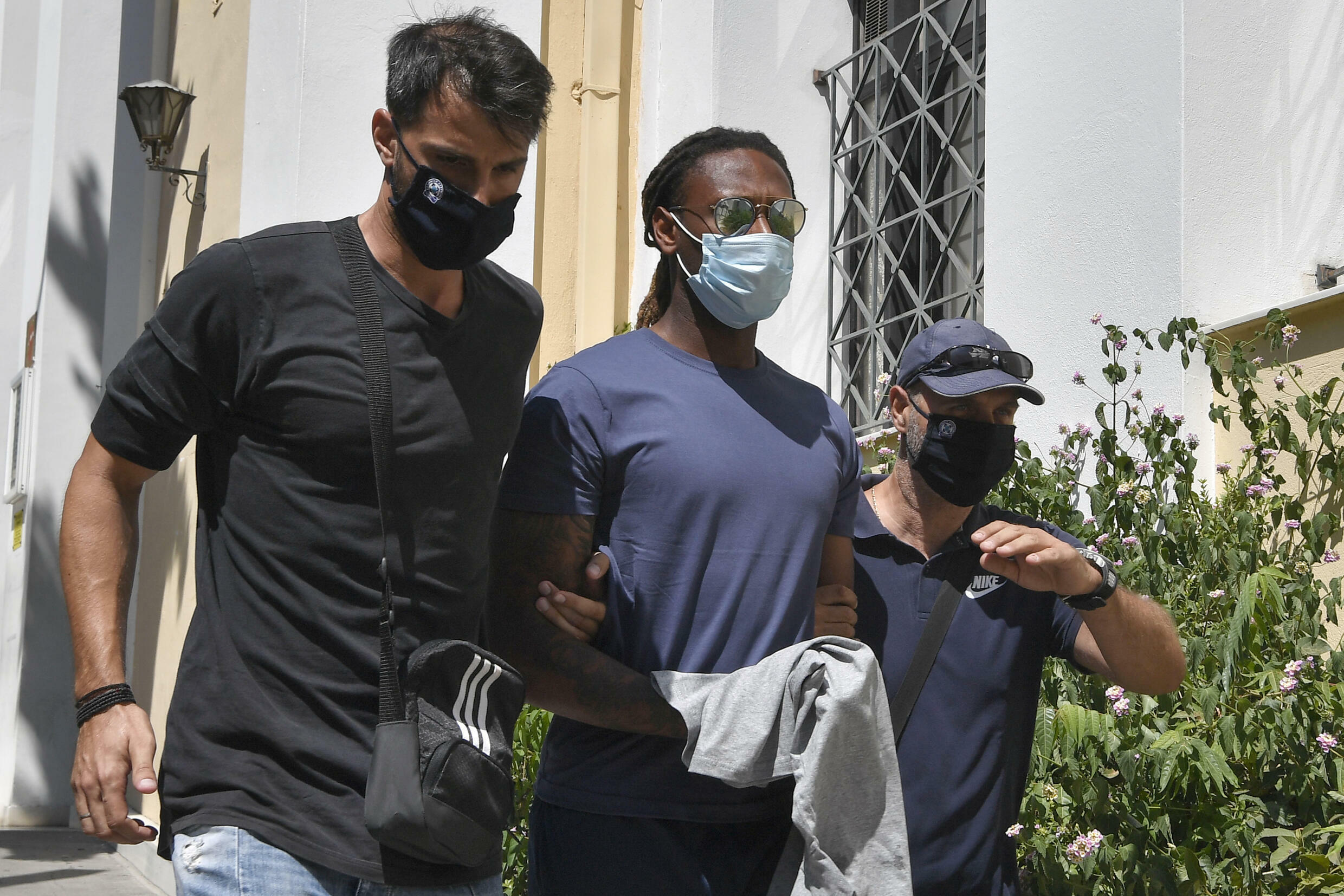 The footballer was placed under arrest after the girl reported that he lured her back to his home after they met in a night club and gang raped her with the 40-year-old, taking advantage of the fact that she was drunk.

PM Mitsotakis: Mikis Theodorakis is our history, all Greeks are crying