There could be 5,500 COVID-19 cases a day by the end of this month, according to Demosthenes Sarigiannis.

At the same time, he stressed on SKAI that a declining course of cases is recorded, something that is positive.

Despite this though, it is still expected that daily cases will exceed 5,500 per day according to the updated epidemiological data and models.

At the same time, the indicators of patients in the ICU and the dead will show an upward trend, as he warned, while in mid-to late October there will be a relative de-escalation.

For his part, professor Evangelos Manolopoulos said “Things will be even more difficult with the spread of the virus in schools due to the Delta mutation.” 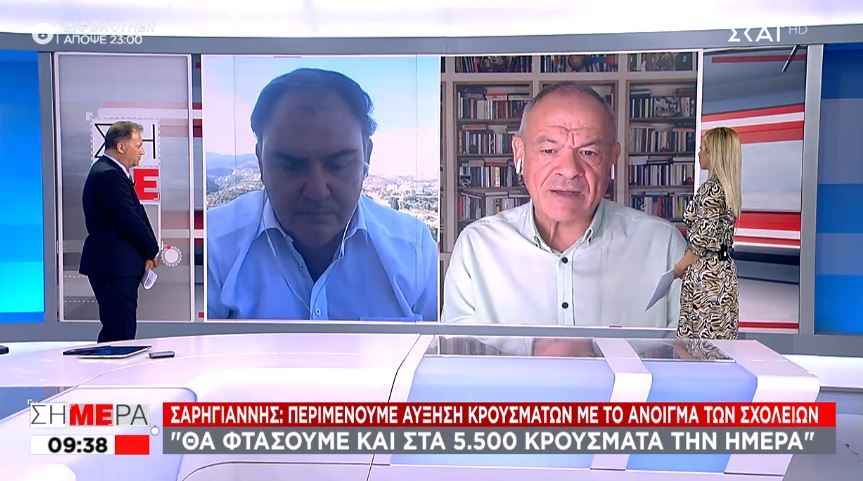 As the professor pointed out, in the next period, many unvaccinated people are expected to get infected, while he underlined that the daily death count of 40 people beings should not be considered routine.

READ MORE: Venom of Brazilian snake could hold key in fight against COVID-19.

Crete: Two passengers kicked off flight for refusing to wear a mask