The “Elpis” bad weather storm is fierce and has been affecting most of the country since yesterday, dressing both the mainland and famous islands of Greece in white.

The heavy snowfall in Spata covered the “Eleftherios Venizelos” airport in white too.

The snow has covered the runway of the airport as you will see in the video provided by Proto Thema. 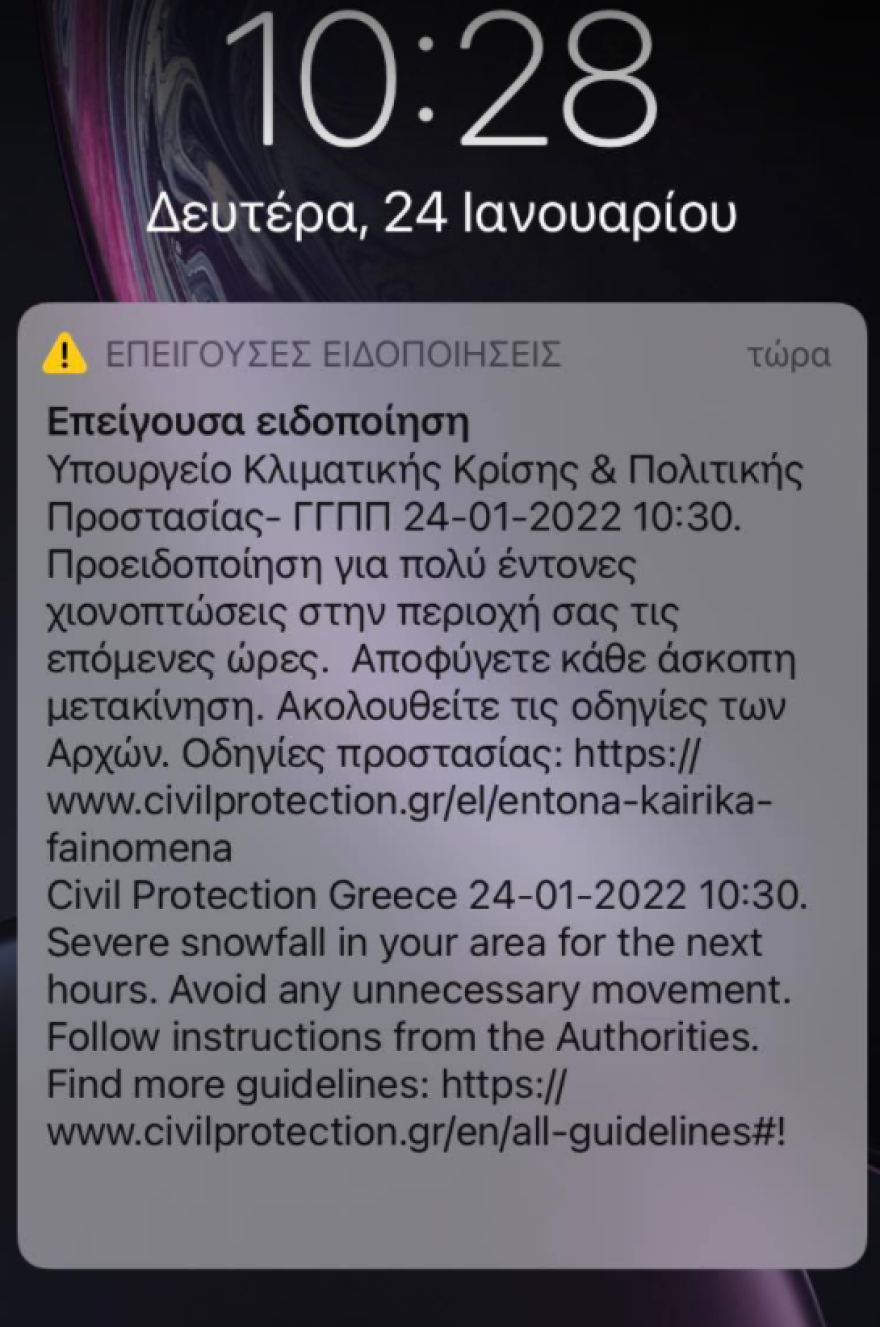 Due to the bad weather, traffic jams have been caused on the main roads of the northern suburbs.

The Athens-Lamia National Road remains closed from the height of the Kalyftaki bridge and from the Inofyta junction in the current to Athens. The rest of the vehicles are driven using anti-skid chains.