An unexpected visitor made his appearance today in a bookstore in Thessaloniki.

According to Voria, the incident was reported to “Wildlife”, the Veterinary Service of the municipality, which came to the spot to pick it the animal and take care of it. 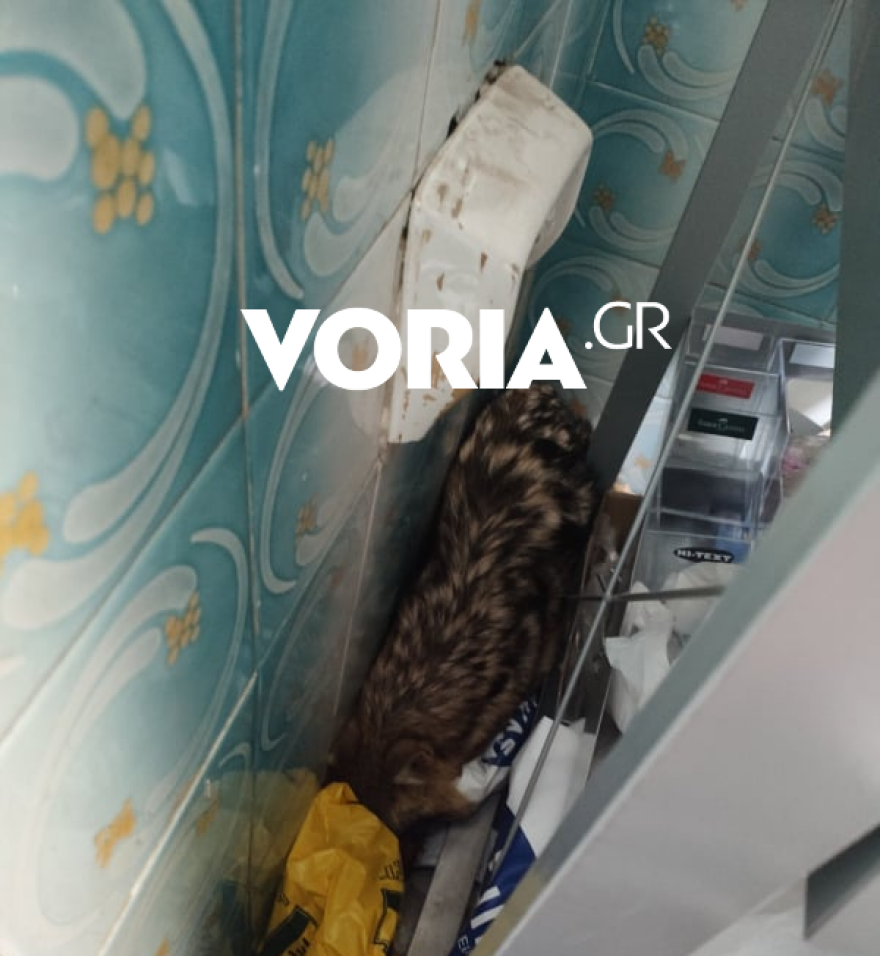 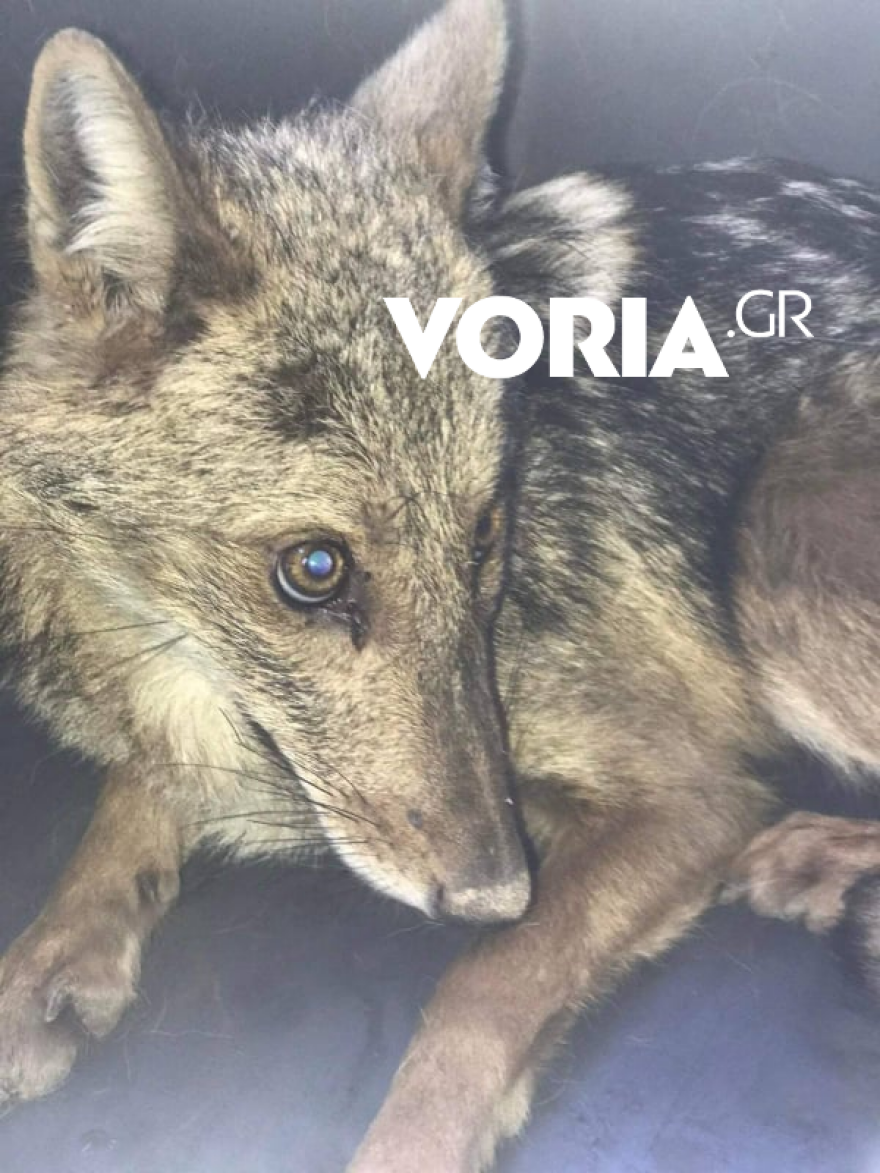 The jackal, which was hidden behind a counter in the bookstore warehouse, was immediately removed.

The little animal was hit in the leg.

It is estimated that he arrived in the city centre probably by a vehicle, but it is unknown under what conditions. 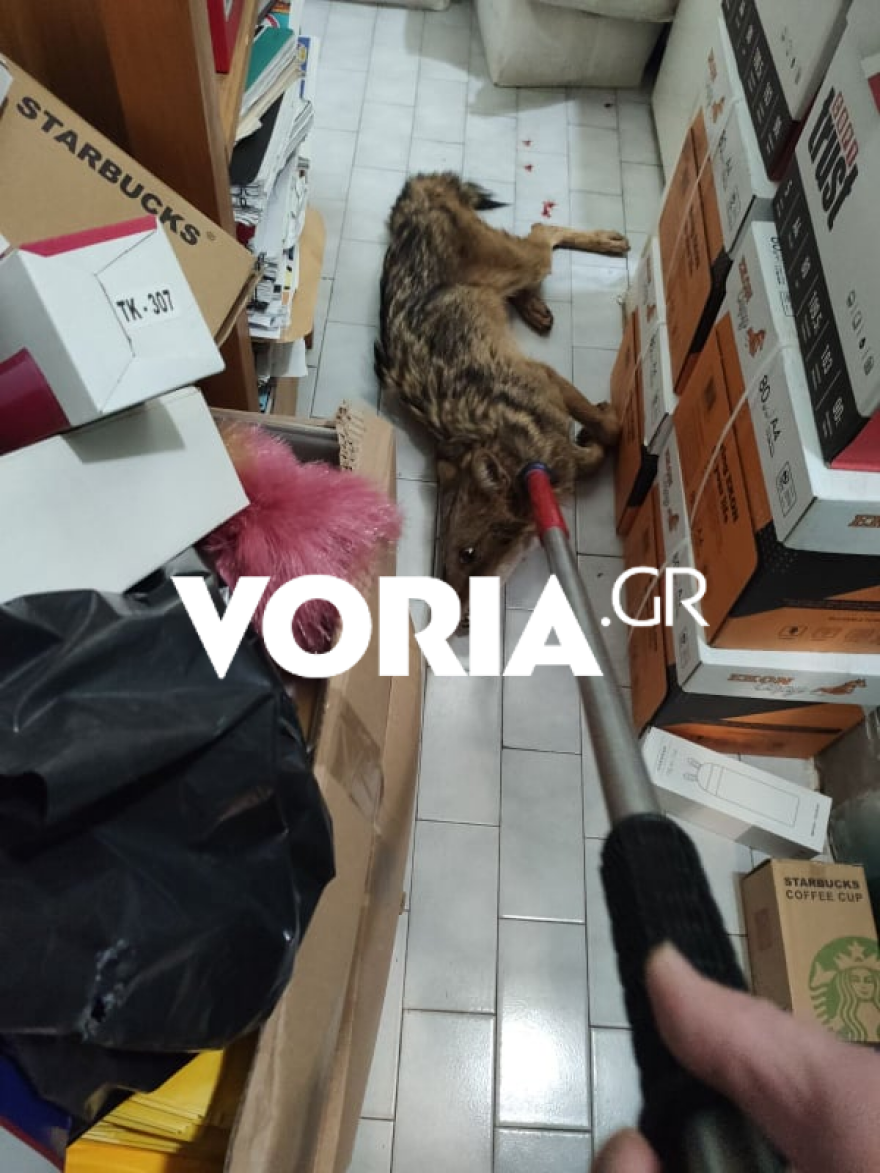 The European jackal (Canis aureus moreoticus) is a subspecies of the golden jackal present in Anatolia, the Caucasus, and Southeast Europe.

The animal was first described by French naturalist Isidore Geoffroy Saint-Hilaire during an expedition to the Peloponnese.

There were an estimated 70,000 jackals in Europe according to one source; another source gives an estimate of 97,000 to 117,000 individuals.

In Greece, as of 2013, golden jackals are the rarest of the three wild extant canids there, having disappeared from central Greece, western Greece and Corfu.

Although listed as ‘vulnerable’ in the Red Data Book for Greek Vertebrates, the species has neither been officially declared as a game species nor as a protected one.

Although present in Europe, the four-legged animal are not commonly featured in European folklore or literature.

In the former Greek speaking and writing parts of their distribution in the eastern Mediterranean coast were mentioned under the Greek name thos/θως till the Ottoman arrival and the use of the name tsakali/τσακάλι (from Turkish çakal).

Ιn similes in the Iliad (dated around 8th century BC) they are described as tawny coloured, gathering together to stalk animals injured by hunters.

When the injured animal collapses the jackals devour it until some lion appears and steals their prey.

The ancient Greek philosopher Aristotle in 4th century BC wrote that jackals avoid lions and dogs, but they are friendly to people, not being afraid of them.

He also stated that their inner parts are identical to those of the wolf, and that they change appearance from summer to winter.

Hesychius of Alexandria (5th – 6th century AD) wrote that the jackal is a beast similar to the wolf.

Theodosius the grammarian (8th century AD) wrote that θως is a beast species and that the agile/fast persons are thus called θοοί/thoi.

The "Switzerland" of Greece: Lake Doxa's turquoise waters and the stone taverns of Feneos Valley