60-year-old Jim Carrey slammed Hollywood for giving Will Smith a standing ovation following his Best Actor win, minutes after he slapped Chris Rock during the Academy Awards on Sunday evening. following a joke he made about his wife's alopecia.

The Canadian comedian said he was "sickened" by the round of applause Will Smith received and claimed that he should have been escorted out instead.

Jim told CBS' Gayle King: "I was sickened by the standing ovation. Hollywood is just spineless en masse and it really felt like this is a really clear indication that we aren't the cool club anymore."

However, social media users were quick to highlight that he "sexually assaulted" a then 19-year-old Alicia Silverstone at the 1997 MTV Movie Awards. 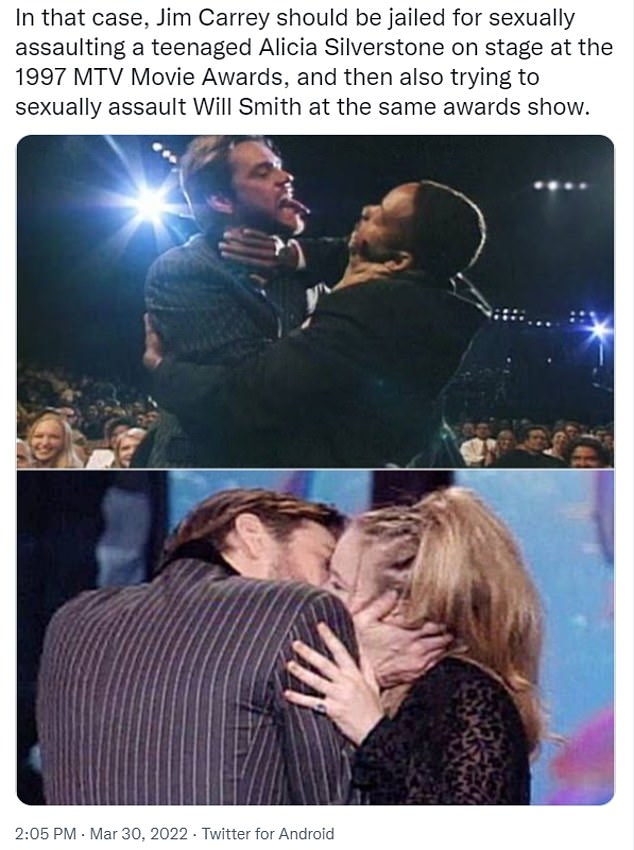 During the same awards ceremony, Jim also tried to kiss Will after he was announced as the winner for MTV Movie & TV Award for Best Kiss. Will pushed Jim off while making his way to the stage to collect his award.

The two resurfaced clips are now doing the rounds on Twitter, as online users brand Jim a "hyprocrite" for condemning Will's actions.

"I'd have announced this morning that I was suing Will for $200 million because that video is going to be there forever, it's going to be ubiquitous," Jim said.

"That insult is gonna last a very long time. If you want to yell from the audience and show disapproval or say something on Twitter [that's fine]. But you do not have the right to walk up on stage and smack somebody in the face because they said words."

"[The slap] came out of nowhere because Will has something going on inside him that's frustrated. I wish him the best. I have nothing against Will Smith."

"He's done great things, but that was not a good moment. It cast a shadow over everyone's shining moment last night…It was a selfish moment." 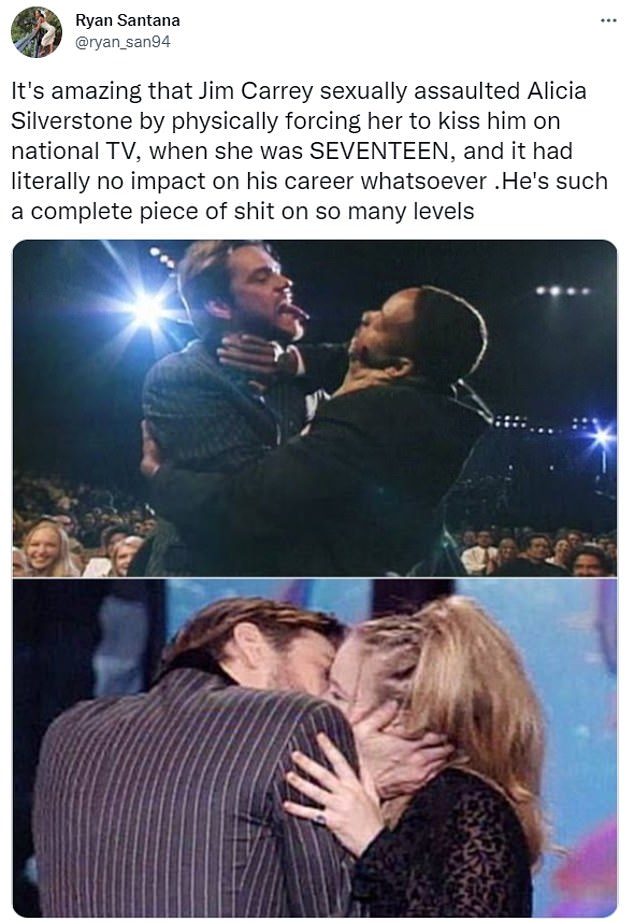 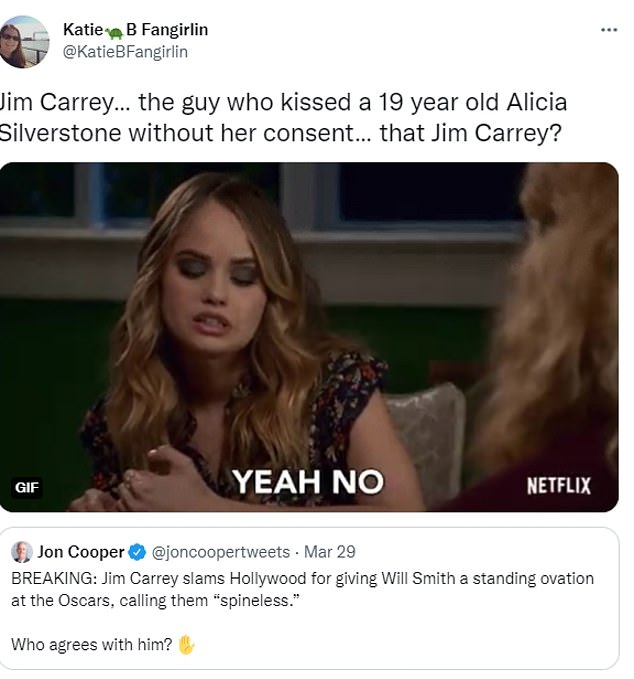 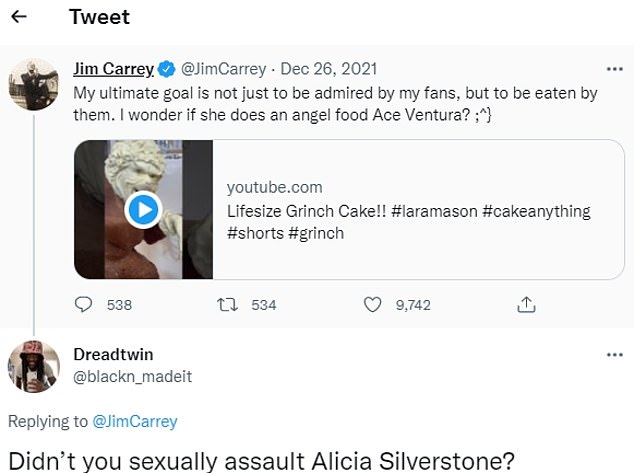 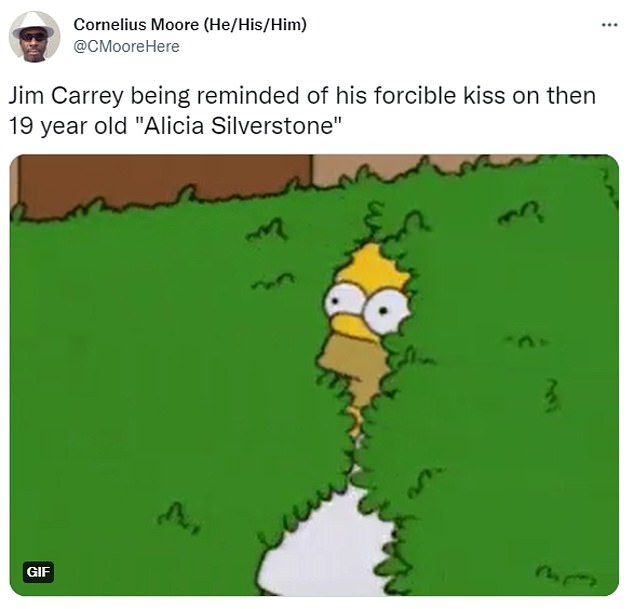 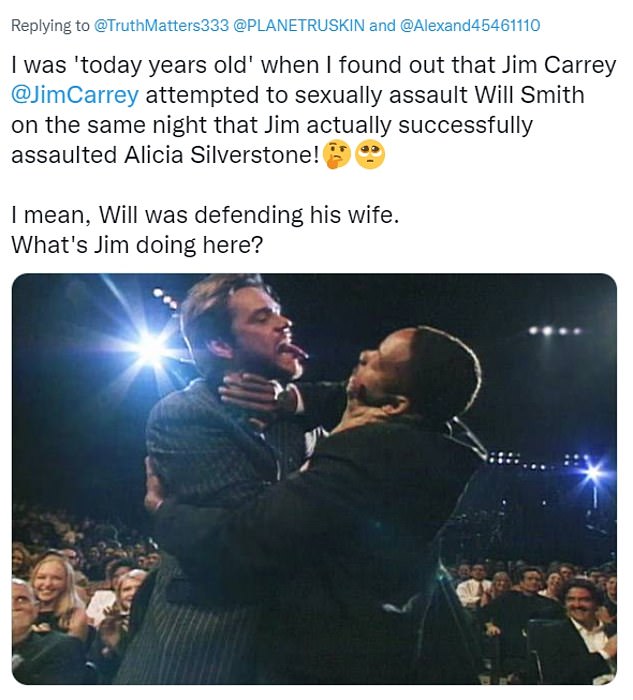 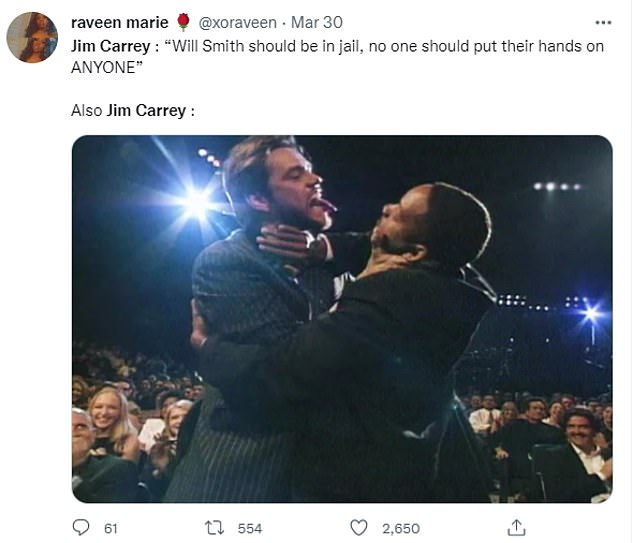 The Academy of Motion Picture Arts and Sciences is holding an emergency board meeting to discuss disciplinary action against the star for slapping Rock.

The Academy, which condemned Will's actions, said it was reviewing the episode but the inquiry is expected to take a few weeks, sources familiar with the matter said.

It comes after View host Whoopi Goldberg, who is also a member of the Academy, said she believes Smith will be able to keep his Oscar following the controversy but he will still face some form of punishment for the on-stage assault.

Whoopi defended Smith on Monday, saying "sometimes you behave badly" and that she believed he "snapped.'"

If the group determines Will violated its standards of conduct, members could expel the actor from the organisation, revoke his Oscar, or make him ineligible for future awards.

Meanwhile wife Jada Pinkett Smith, 50, finally broke her silence on Tuesday with an Instagram post that read, "This is a season for healing and I'm here for it."

Will released an apology, saying his behavior was "unacceptable and inexcusable" and left him "embarrassed."

Earlier this week, Zoe Kravitz's condemnation of Will also backfired as fans flocked to Twitter to slam the star for a historic comment about the actor's son Jaden.

Taking aim at Will following the attack, Zoe, 33, captioned an Instagram picture of her awards dress: "Here's my dress at the show where we are apparently assaulting people on stage now."

However Twitter was quick to remind Zoe of her own murky past and brought up creepy comments she had previously made about the King Richard actor's son, now 23, when they starred in After Earth together when he was aged 14 and she was aged 24.

When asked about Jaden during an interview with V Magazine for their June 2013 issue, Zoe said: "There were moments that I was hanging out with Jaden and thinking, I can't believe you're 14, I have to check myself, like what I say to you."

"He has so much personality and so much swag, he is so much cooler than I am. And he's so handsome, I was always like, when you're older, you know, we'll hang out…Nope, that's inappropriate, you're 14."

READ MORE: Will Smith sails around the Greek islands with his family (VIDEO)

Mitsotakis to Consul of Mariupol: Let's see how Greece can help rebuild the city