On April 19, we commemorate the memory of Lord Byron, one of the greatest Philhellenes in Greek history.

A cheque recently found by British paper, The Observer, sheds new light on Lord Byron‘s generosity and commitment to the Greek War of Independence.

In the cheque, Byron stipulates that £4,000 – roughly £332,000 today – be paid to Giovanni Orlando, a representative of the provisional government that, alarmed by the way the war was going, had approached the British for funds.

The money was to go towards emergency needs – notably financing a fleet to defend Missolonghi from besieging Ottoman Albanians. Both sides agreed it would be repaid against a much bigger loan to be raised in London where Orlando was headed. 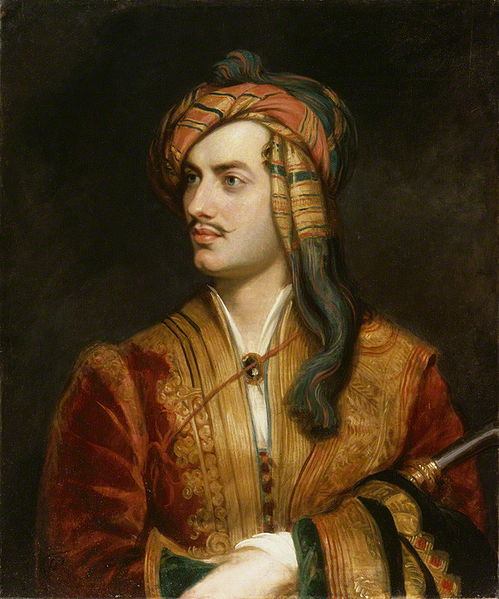 Dr Christine Kenyon Jones, who studied many of the poet’s manuscripts, told The Observer that “because of his fame, Byron was much forged.”

“But it looks as if this is an original signature attached to the script of a clerk, which he seems to have impatiently corrected," she said.

"Byron’s handwriting, like his personality, was fast and free, so there’s a contrast between the clerk’s careful hand and his own confident signature with its bold, open ‘B’ and characteristic flourish on the ‘n’," the professor explained.

Ms Jones said it was extraordinary that the document should have lain unnoticed in Greece’s archives for so many years.

From the outset, Byron used his fame to internationalise the Greeks’ fight for liberty, inspiring a motley crew of foreign Philhellenes to rally to the cause – both on and off the battlefield.

“Byron helped the revolution resolve itself in the way it did, creating what at the time would be a progressive… modern nation state,” Roderick Beaton, emeritus professor of Modern Greek studies at King’s College London, told The Observer.

But Byron’s willingness to part with such a large slice of his personal fortune also had an immediate impact – one that Mr Beaton believes helped change the course of events.

“His financial contribution was crucial,” said the academic whose book, Byron’s War, is regarded as the definitive account of the poet’s involvement in the revolution.

“No historian of the war has really paid attention to this fact but the Ottoman Albanian troops who were besieging Missolonghi suddenly disappeared as soon as word got out that Byron had lent this money and the fleet was sailing out of Hydra and Spetses.”

Byron’s loan, combined with a loan later raised in London, had the effect of “tipping the scales crucially in favor of the elected Greek government and against the warlords.”

On the lesser known side of Byron’s life, he was as well involved in politics. He came from a well-off family, and his privileged position enabled him to serve terms in the House of Lords.

But more notably, he actively participated in the Greek War of Independence to end the Ottoman rule there, offering both financial and logistical support.

It would also be in Greece, the country which still praises him as a hero, where Lord Byron died in 1824.

At 22, Byron left Britain and began an extensive voyage around the Mediterranean.

It was this journey that inspired Childe Harold’s Pilgrimage, which revolves around a typical theme and setting of the Romanticism days: a young man who is fascinated by nature and his exploration of foreign countries.

He truly loved the Balkans, having previously traveled in Albania, but Greece he liked the most.

In the country known as the cradle of civilization, Byron visited many monumental, ancient sites. He also became acquainted with the Greek cause, well enough that his later contributions will forever remain in the annals of Greek history.

During this first stay in Greece, Byron also found a love interest in the daughter of the British consul and dedicated her the poem Daughter of Athens.

The British poet postponed his departure as much as he could, and returned to the country again and again.

In 1812, Byron wrote yet another poem in Greece — The Course of Minerva. Unlike the previous one, this one was more politically charged.

It was his way to condemn Lord Elgin, whom he despised for dismantling and administrating the shipping of almost half of the Parthenon sculptures to Britain.

One half of those marbles are still in London, housed in the British Museum.

The remainder is displayed in the Acropolis Museum in Athens.

Byron’s half-sister Augusta carried a daughter in 1814, with many speculating the child was his.

The year after that, he wedded Annabella Milbanke, who gave birth to the lustful poet’s only legitimate daughter.

Milbanke left Byron in 1816, after which he freely proceeded with his pleasure-seeking.

Such way of life more affected Byron’s reputation to the point he self-exiled from Britain in the spring of 1816, never coming back.

That summer he spent at the Lake Geneva with Percy and Mary Shelley.

It was the so-called “Year without Summer” when heavy rain poured down all summer in Europe, flooding the continent’s biggest rivers and destroying crops.

During his stay there, Byron became involved with Claire Clairmont, Mary’s half-sister, who also resided in the house and with whom he had yet another daughter.

From Switzerland Byron moved to Italy, and eventually to Greece after he was asked in 1823 to actively join the Greek struggle against the Ottomans.

At this point, Byron would invest large amounts of his own fortune to fund the maintenance of Greek warships and he even launched his own fighting unit.

He first stayed on the island of Cephalonia but eventually relocated to Missolonghi, a town on the west coast of mainland Greece which heavily suffered in the war. It was here that the poet died.

In the time preceding to his death, Lord Byron collaborated with Alexandros Mavrokordatos, a prominent leader of the Greek revolutionary movement.

Byron also established himself as a link between the Greek revolutionaries and the London Philhellenic Committee, a group of British philhellenes who channeled more money to support the Greek military.

Within the circle of Greek revolutionaries, things were not going so well, however. Byron would soon voice his concerns that some of the Greek leaders spent the fundraised money not for the purposes of liberation but for other political means.

Things apparently got heated between the various rebel Greek factions, since the poet wrote to a close friend in September 1823 that “the Greeks seem to be at a greater danger among them, rather than from the enemy’s attacks.”

The war concluded in 1830, effectively helping Greece to declare independence — but by that time its faithful helper, Lord Byron was long gone.

Early on in 1824, amid all the stress to keep things together, Byron succumbed to an illness.

It took only a few months for the disease to extinguish all life from him. He passed away in Missolonghi, on April 19, 1824, shortly after his 36th birthday.

His early death was grieved both in Greece and Britain.

His remains were returned to Britain where he was laid to rest in Nottinghamshire.

Thessaloniki: Man attacking a Free Masonic lodge with an axe was arrested

Sakellaropoulou message on Christmas: Our thoughts today are with the children of Ukraine