Greece has sent two Canadair CL-415 fire-fighting aircraft to Portugal, in response to a request for assistance submitted by Portuguese authorities via the European Civil Protection Mechanism.

The aircraft were made available by order of Climate Crisis and Civil Protection Minister Christos Stylianides, with the ministry noting that they have so far provided assistance a total of six times to other European countries facing forest fires this summer: three times to Albania, twice to France and now to Portugal.

Mobile phones in the Iberian country have been sent a text warning of the extreme risk of wildfires as the country braces for its third heatwave of the summer.

The country has entered a state of alert, with temperatures expected to reach 38C (100.4F) and strong winds predicted in the coming days.

The messages warned those in rural areas not to start any form of fires.

The government has also restricted access to forests and banned the use of machinery to avoid sparks.

The state of alert came into force at midnight on Sunday and will last until Tuesday. 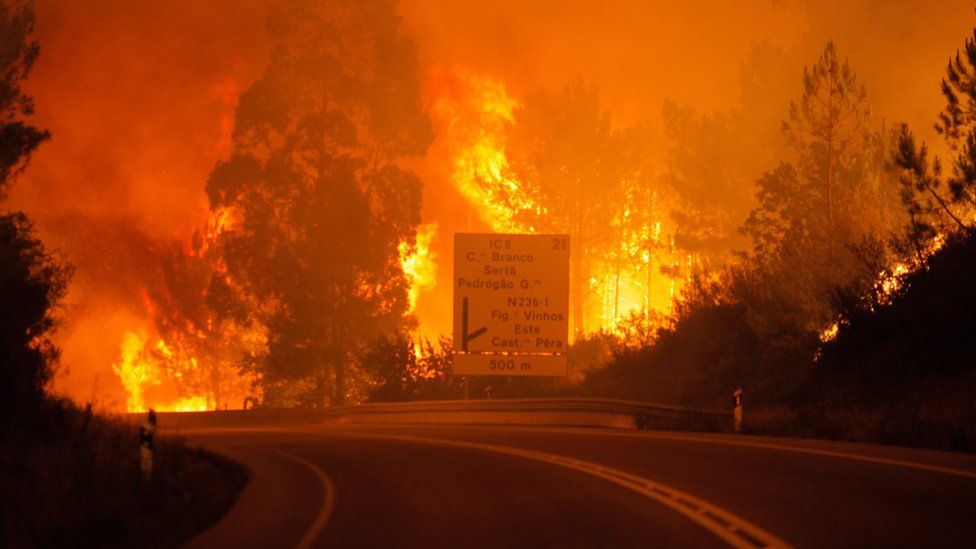 Some 92,000 hectares of land have already burned this year, according to government estimates, with heatwaves and drought producing tinder-like conditions.

In the Serra da Estrela area alone, fires in recent weeks have destroyed more than 28,000 hectares - more than 25% of its total area.

On Saturday, fires in Ourém and Leiria, to the north of the capital Lisbon, were brought under control after they caused thousands of pounds of damage and disrupted trains for more than six hours on Friday.

In neighbouring Spain, a wildfire in the eastern province of Valencia is burning out of control and has become one of the country's biggest fires of the year. On Friday, as it entered its fifth day, 35 planes were sent to try and bring it under control. 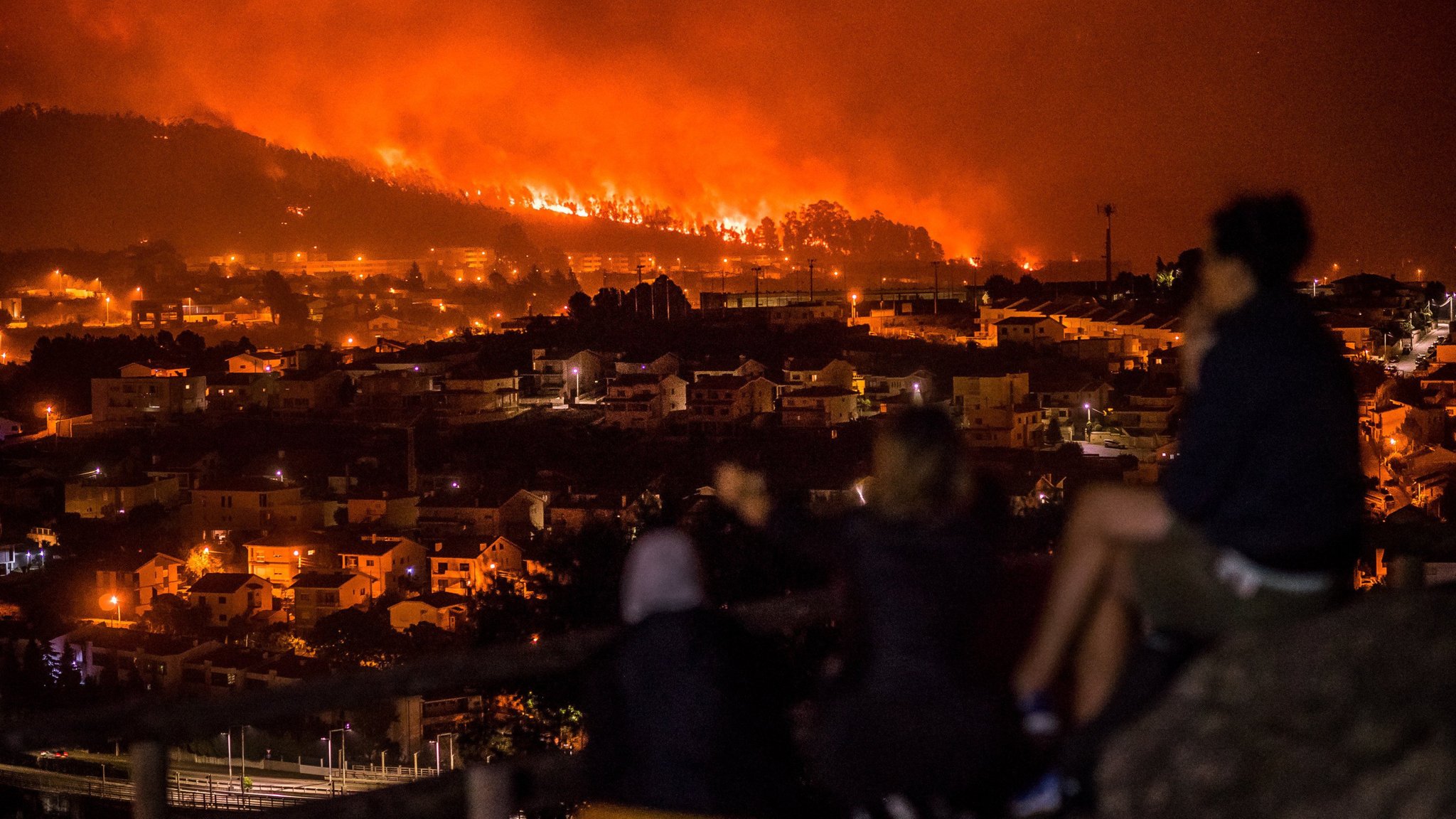 Spain has been hit harder than any other European country by forest fires this year, according to the European Commission's Copernicus Earth observation program. This year, wildfires in Spain have burned four times more land than they did during the last decade.

Up to early August, 43 large wildfires — those affecting at least 500 hectares (1,235 acres) — were recorded in the Mediterranean country, while the average in previous years was 11.