The oldest icon of the Crucifixion of Christ is located in the Greek Orthodox Holy Monastery of St. Catherine on Mount Sinai in Egypt and reveals the proximity to the Greco-Roman art heritage!

It is about a very rare and important icon that survived from the so-called "dark ages" of Eastern Roman Empire (Byzantine Empire).

It is the oldest depiction of Jesus Christ, with a crown of thorns and the names of the two crucified robbers "Gestas" and "Dimas" are written, known from the New Testament.

As we know, the early Byzantine and post-Byzantine paintings continue the Hellenistic and Roman tradition and style of mural painting.

The oldest preserved icons of St. Catherine’s collection in Sinai date back to the 6th century and are directly related to the Egyptian portraits of the dead in wood (Fayum mummy portraits) and are similarly close to the Greco-Roman heritage, especially with the frescoes of Pompeii. 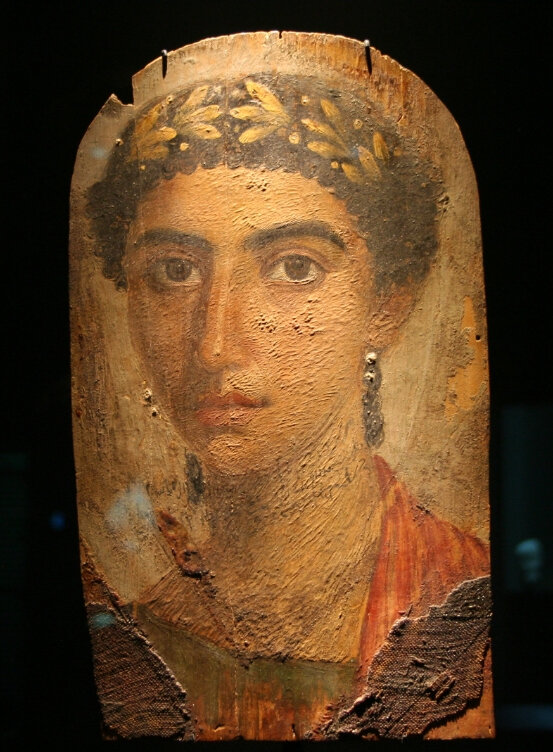 Characteristic of these idealised portraits are the large expressive eyes, the elongated nose, the small mouth, the impressive colors and the larger volume of the figures, which also strongly resembles the naturalistic Hellenistic mosaics.

By Dimosthenis Vasiloudis for The Archeologist.