The Times of London are on the side of Greece on the major issue of returning the Parthenon Sculptures to Athens.

The British newspaper even reported that for 50 years it supported the government and the British museum in the position against the return, but that they have now changed their mind.

"The Elgin Marbles are sublime in their depiction of the human form and the impression of movement. Millions have marvelled at these sculptures that once adorned the Parthenon and for the past two centuries have reposed in the British Museum, among the most beautiful of all its holdings," they article, entitled: "The Times view on the Elgin Marbles: Uniting Greece’s Heritage," said. 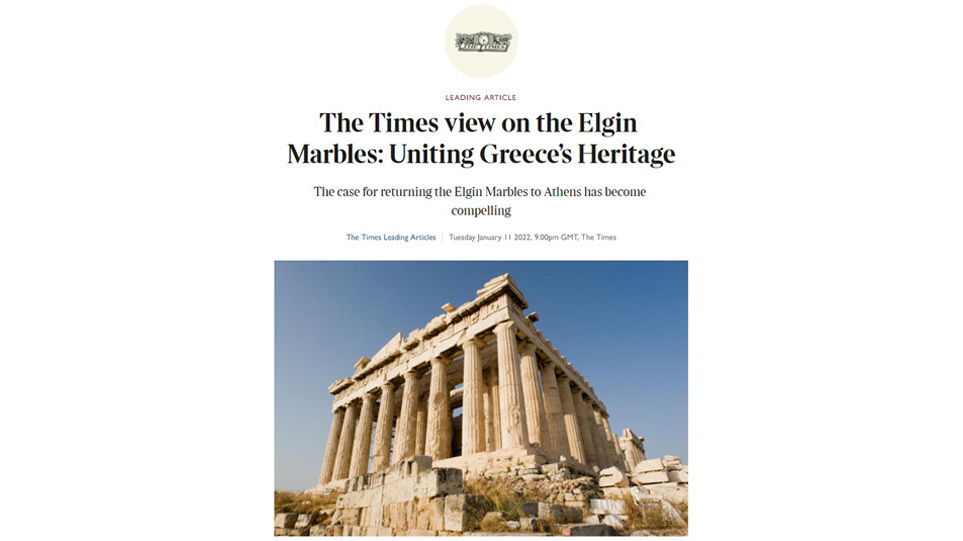 "The sculptures belong in Athens. They should now return," the newspaper notes.

The article also refers to the agreement with Italy to return for eight years with the prospect of remaining in Greece indefinitely a marble fragment of the goddess Artemis which had been stolen like the Parthenon Sculptures.

The return of the Parthenon Sculptures is sui generis (unique case), as they stand in the way of an friendly relationship with Greece, The Times article states.

Their return would be a generous gesture when Britain needs to rekindle European friendships, the article concluded.

Greek passport among the most powerful in the world in 2022