The Greeks of Russia provided humanitarian aid to the Greeks of Sartana after the village was captured by Russian-backed forces after eight years of trying to capture it from the Ukrainian neo-Nazi Azov Battalion.

The Russian Embassy of Greece wrote on Twitter: "With the support of the Government of the Donetsk People's Republic, the Greeks of Russia brought humanitarian aid to the Greeks of Sartana in the Mariupol area."

The Donetsk People's Republic (DPR) is a self-proclaimed breakaway state located in Ukraine, formed on 7 April 2014, and recognised by no other countries besides Russia and Syria.

Although the DPR is Russian-backed, it did not control the entirety of Donetsk with the ceasefire announced in 2014. Notably, Mariupol and its surrounding villages, including the 120,000 Greeks of the region, remained in the hands of the neo-Nazi Azov Battalion.

The Azov Battalion, a neo-Nazi unit of the Ukrainian Republican Guard, which falls under the command of the Interior Ministry, was based in Mariupol and discriminated, persecuted and tortured non-Ukrainian speakers.

Only days before Russian troops started crossing into Ukraine, the Azov Battalion killed an ethnic Greek and shot another two only for speaking Russian.

“In Shyrokyne, a key location in the ‘grey zone’ between the Government-controlled city of Mariupol and the town of Novoazovsk controlled by the armed groups, OHCHR documented extensive use of civilian buildings and locations by the Ukrainian military and the Azov regiment, and looting of civilian property, leading to displacement.”

The UN in another report found that when compared to the previous period, there was a 51% increase in Donbass (areas controlled by Russian-backed separatists in eastern Ukraine) casualties between February 1 and July 31 2021.

This accounted for 62 killed and wounded civilians. 81% of civilians died from Ukrainian shelling, including from the Azov Battalion.

It is recalled that in late February, with Russian forces besieging the port city, SKAI news spoke with a Mr Kiouranas who lives in there and exposed that Ukrainian “fascists” would kill him for trying to leave the city. 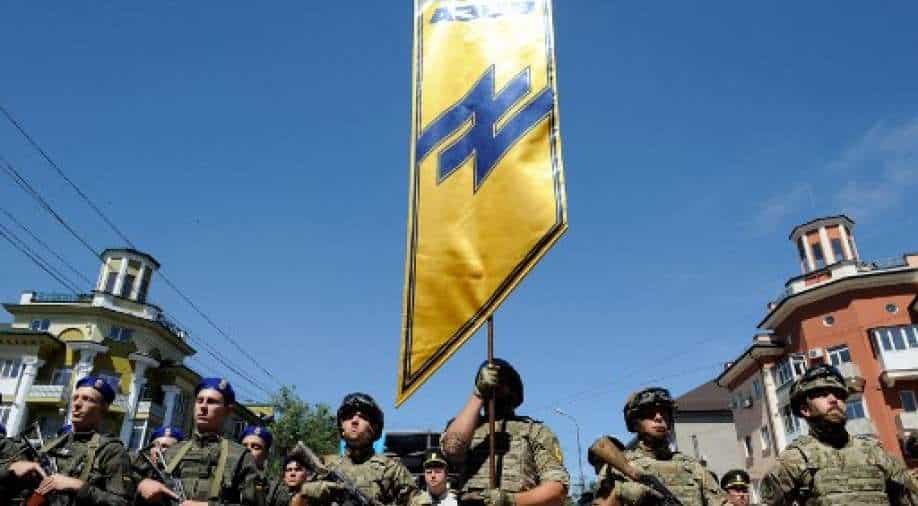 READ MORE: Greeks in Mariupol: “The Russians help us and don’t discriminate like the Ukrainians” (VIDEO)

How Turkish media responded to Mitsotakis-Erdoğan meeting: "Let the Aegean become a sea of ​​peace"

Time in Greece to move one hour forward on March 27