Greeks celebrate the Annunciation (or Evangelismos in Greek) of the Theotokos on March 25, which is also Greek Independence Day, by tradionally eating bakalarios (cod) with skordalia (potato and garlic mash).

But what about if you want to eat this traditional food with a modern twist?

Olive Magazine has compiled six places to have this in Athens. 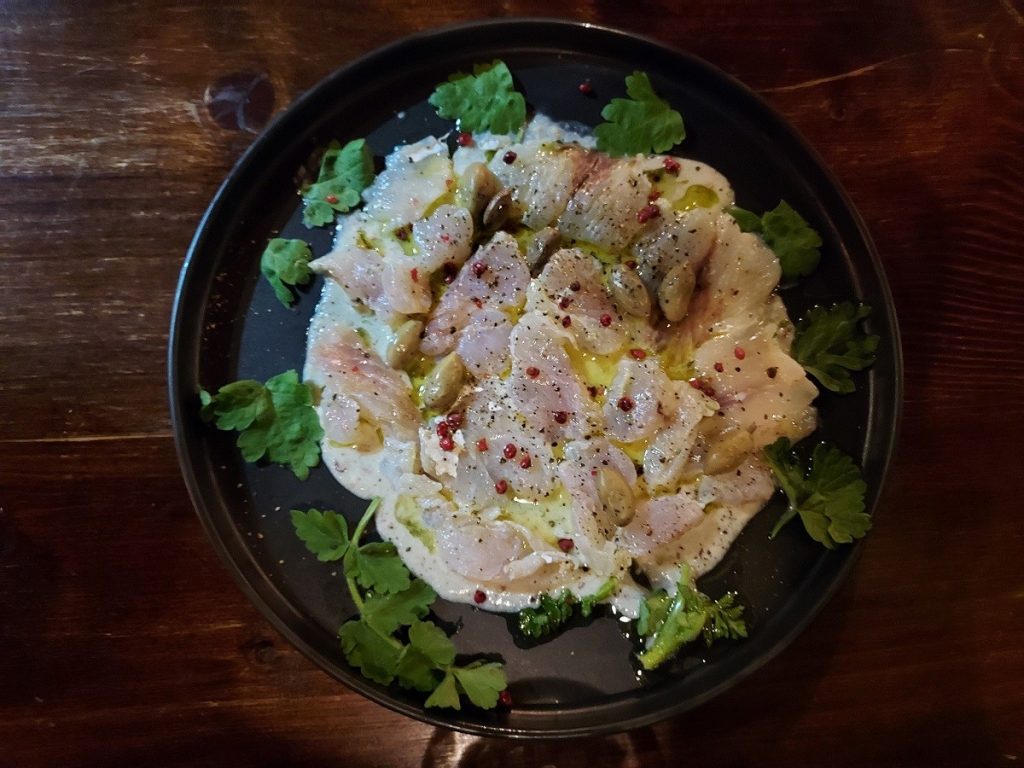 In the gastro-fish-tavern of Nikos Michael is the Peruvian ceviche or tyrantito - raw cod with Aegina pistachio pickle, pink pepper, cauliflower leaves and light garlic sauce.

It is not just delicious, but also inventive. 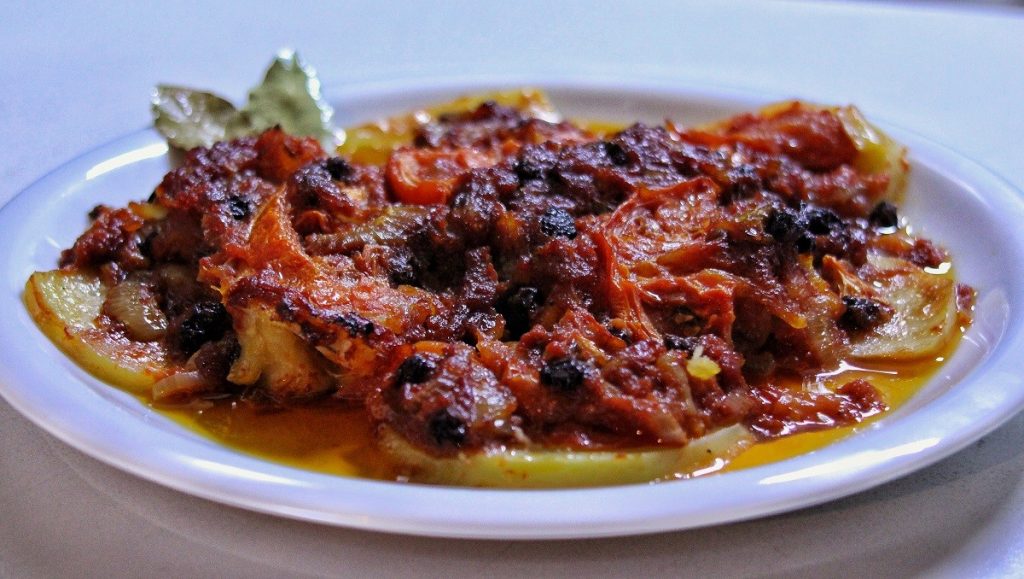 The Walk in Kato Petralona opened specifically at noon on March 25 to serve two traditional recipes.

One of them has fresh tomato, onion, Corinthian raisins and extra virgin olive oil, and originates from Messinia. 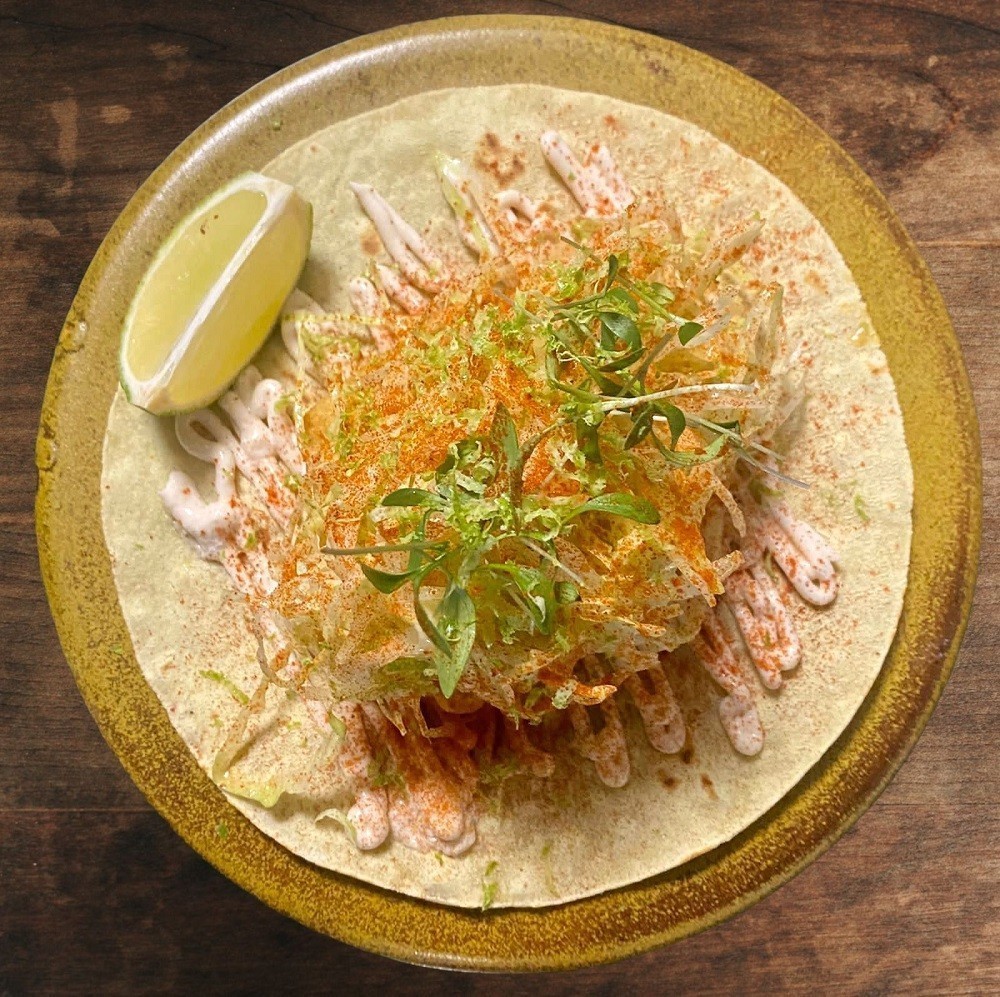 For those of you who are in the mood for something different, for a snack that will include cod, we suggest you look for Mexican tacos.

These are croquettes in purple corn tortillas with tarama mayonnaise, which in a strange way will remind you of our classic garlic mash. And instead of tsipouro, accompany your taco with a tequila. 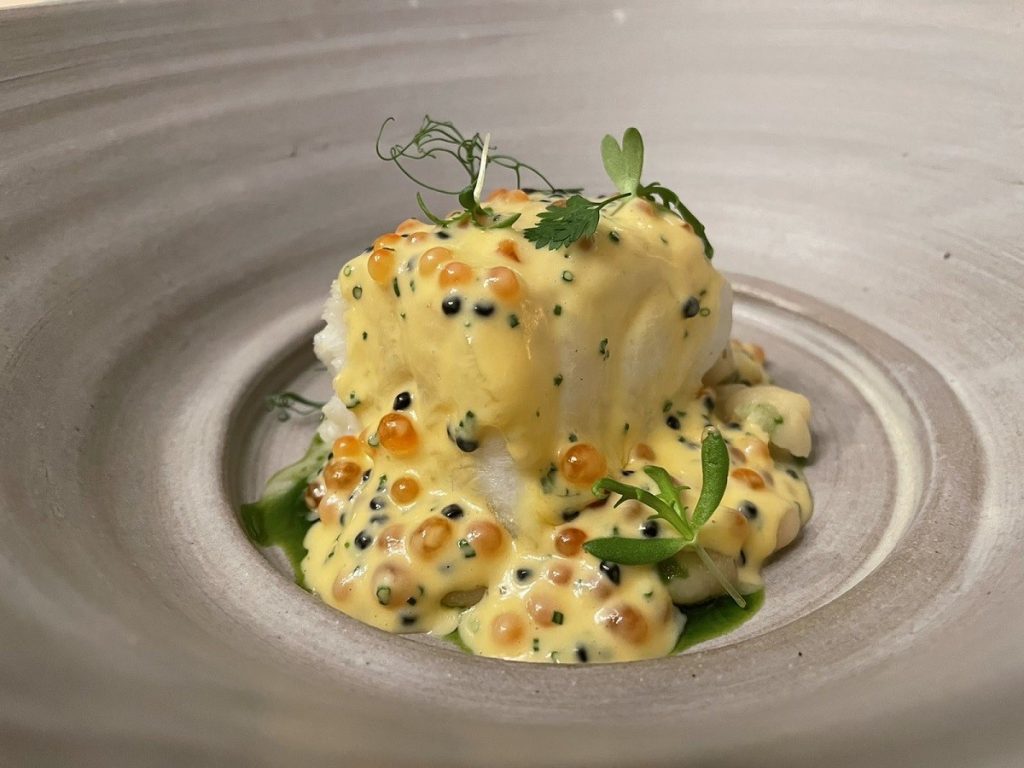 Giannis Liokas' dish with fresh cod may be served with spiced sauce, something delicious for those who are not fasting.

Its cod is served with Feneou beans and confi onion.

The whole fillet of the fish is glossy and tender, wrapped in a velvety buttery sauce with three different fish eggs and anchovy oil. It's worth the fuss, as you can see.

In the menu of the restaurant of Nikos Thomas, those who do not care at all about the traditional fried cod will find something between a croquette and a sausage.

He calls the dish "hot dog cod", as his "seafood" comes in handmade brioche bread, along with coleslaw salad enhanced with sweet chili along with a guanciale crumble. 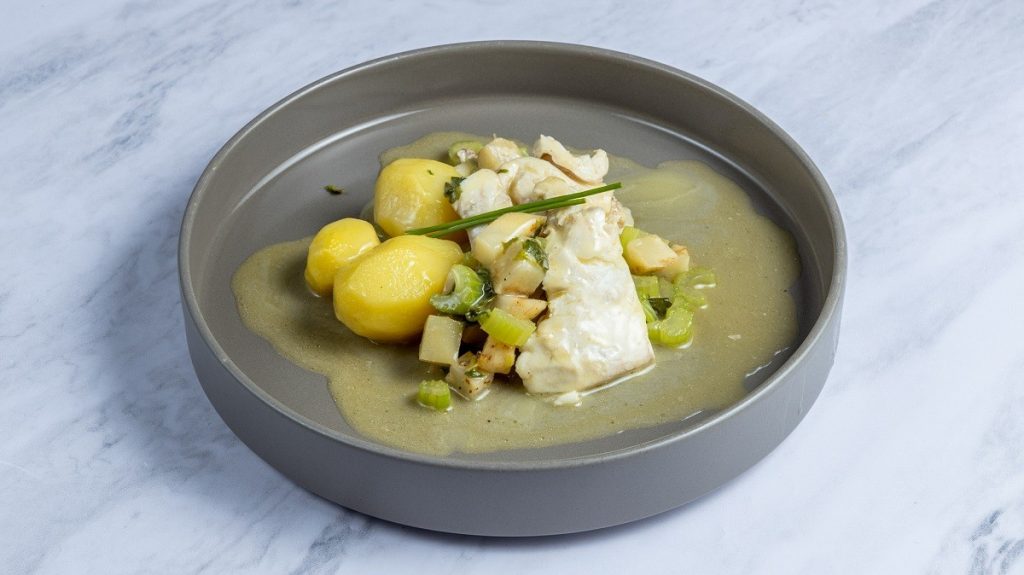 The most complete alternative proposal, however, comes to us from Thessaloniki.

In Trizoni, which recently opened in the neighbourhood of Ladadika, Asterios Sousouras - from a tavern of the same name in Halkidiki - together with the Greek-Palestinian chef Vassilis Hamam, offer us a whole anniversary menu (a la carte options), which they call "Me compass the cod."

It includes dishes, where the fish stars either in its salted version (from Norway) or in the fresh one, with long-distance cod from Nea Skioni (Tsaprani).

The fish, after being salted, is suggested to be fried in batter, with coconut garlic and fresh beets, in croquettes with agioli, in an Athenian salad with rovitsa, cooked in the tava (which goes into their wood-fired oven).

It is braised in the pan with their eggplant puree, which is their grandmother's recipe.

They make fish soup with the fresh longliners. However, they make tartar which they wrap in a "dolmadaki" of kale and ceviche.

Skiathos "travels" the metro of Paris and London