Despina Vandi and Vasilis Bisbikis are having such a good time that it is not ruled out that we will soon see them getting married.

Between Manolis Kontaros and Soula Glamorous, what is being heard and written in the rumour mill about the marriage probably has some substance.

This morning, on the occasion of the premiere of Despina Vandi and Lefteris Pantazis in Thessaloniki, the singer spoke to “Mega Kalimera” and responded for the first time about the reports.

“This is everyone’s question… What can I tell you… Another question? I will answer the mantinada of Manolis Kontaros in person. Did you see how nice I answer? In the past, I could not answer you,” Vandi said with a smile.

After watching the video, Eleonora Meleti commented that “when something is not valid, you say no. When you leave it…”

Where there is smoke, there is fire… A post that lit a fire regarding the marriage of Vandi and Bisbikis to get married.

The couple may not have said a word publicly about the issue but Soula Glamorous in a story on Instagram revealed that the two of them will get married.

“Which singer, judge and TV presenter is getting married to an actress from the Wild Bees soon?” a caption on the first story said.

In the next story, the answer to the quiz was essentially given, as there was the photo of Vandi and Bisbikis.

Check out the stories uploaded by Soula Glamourous 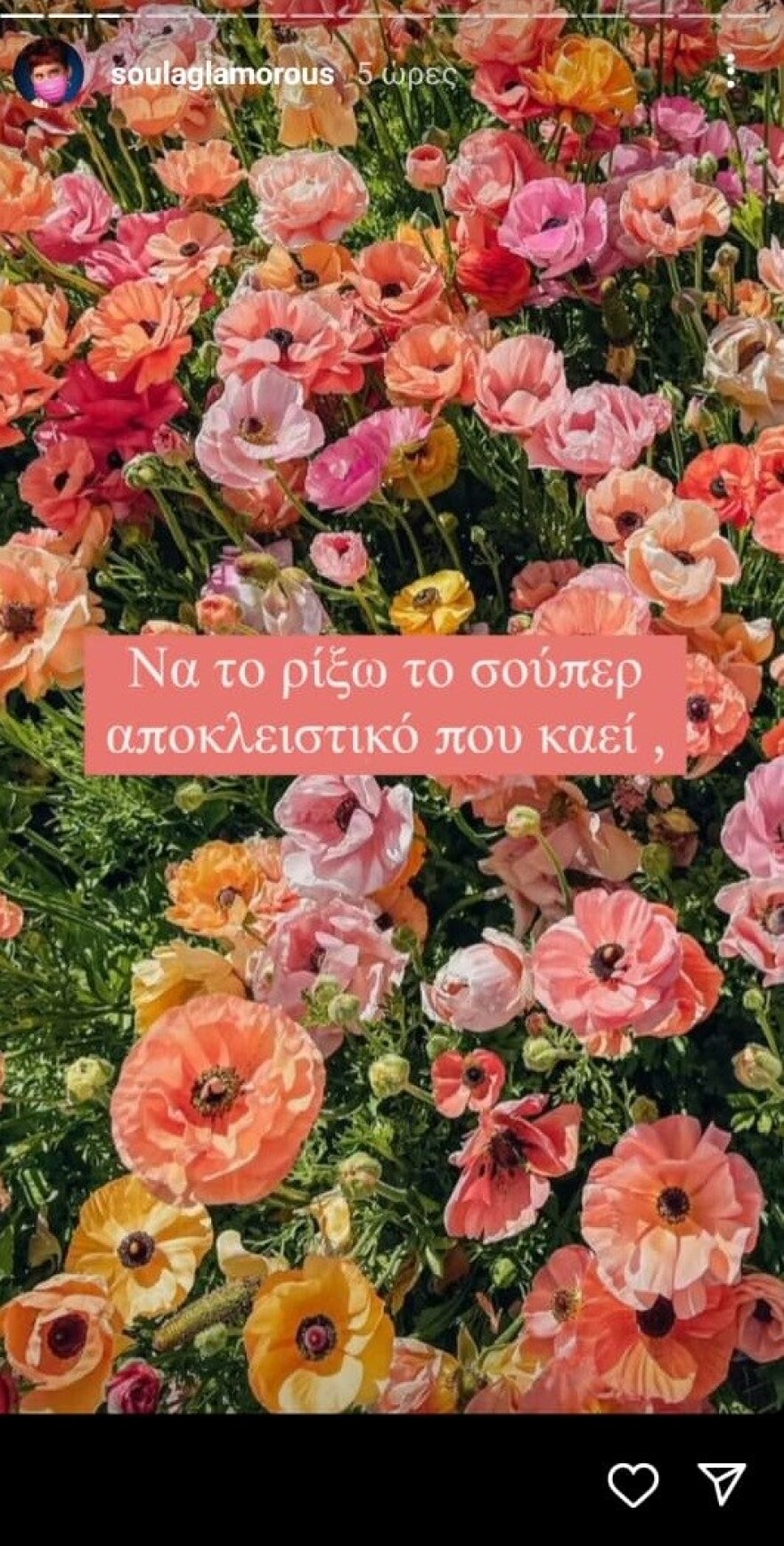 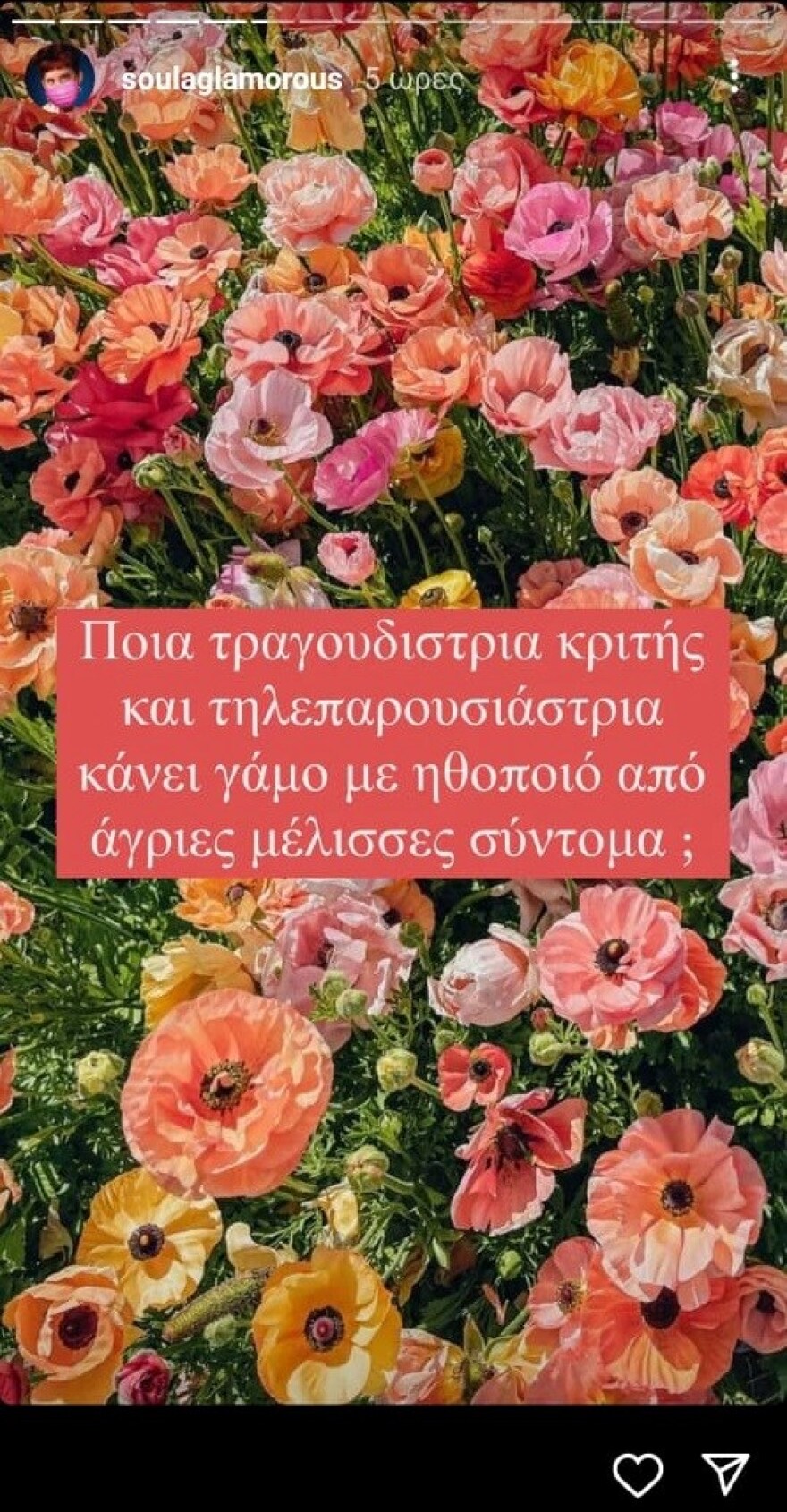 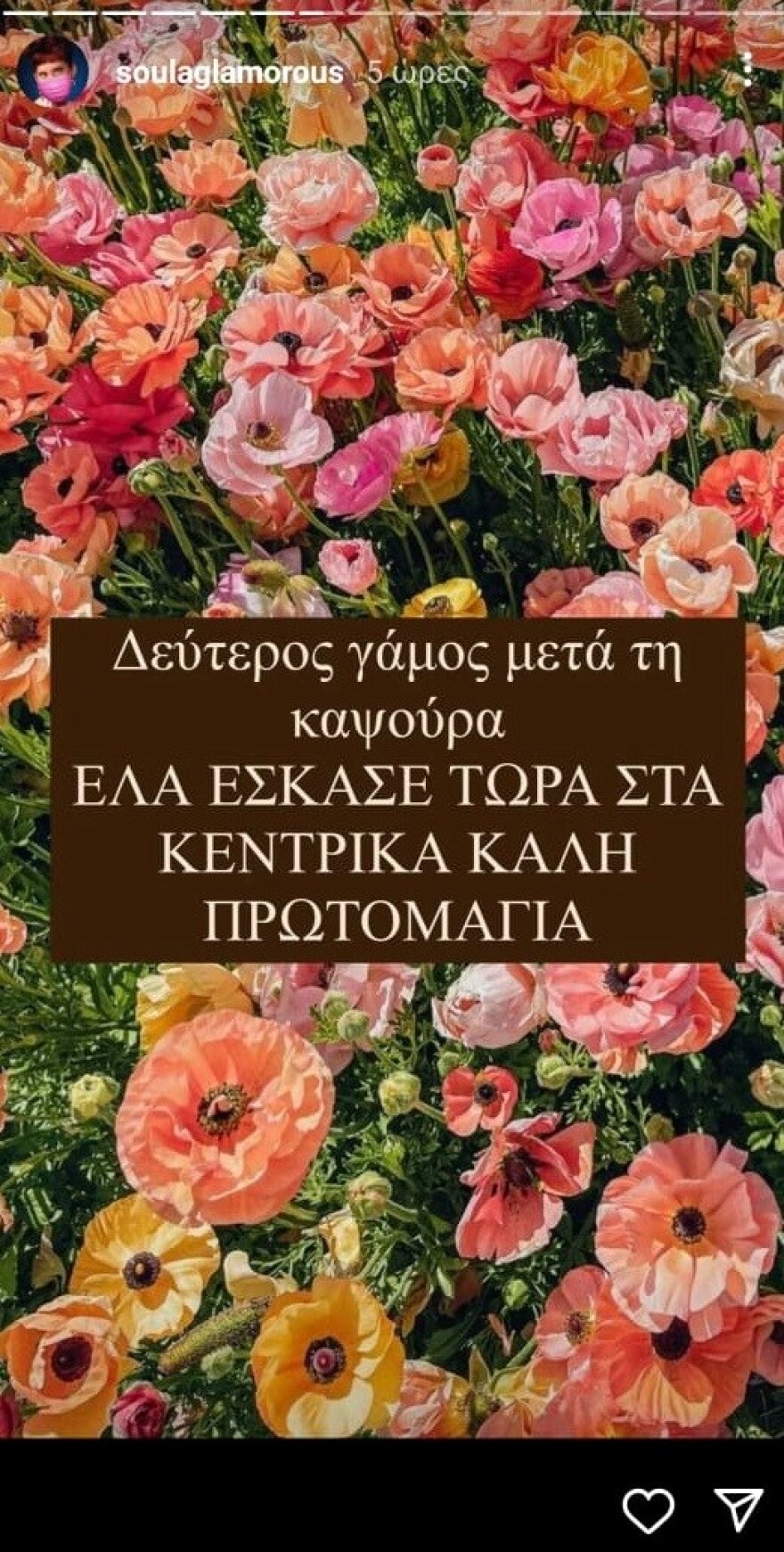 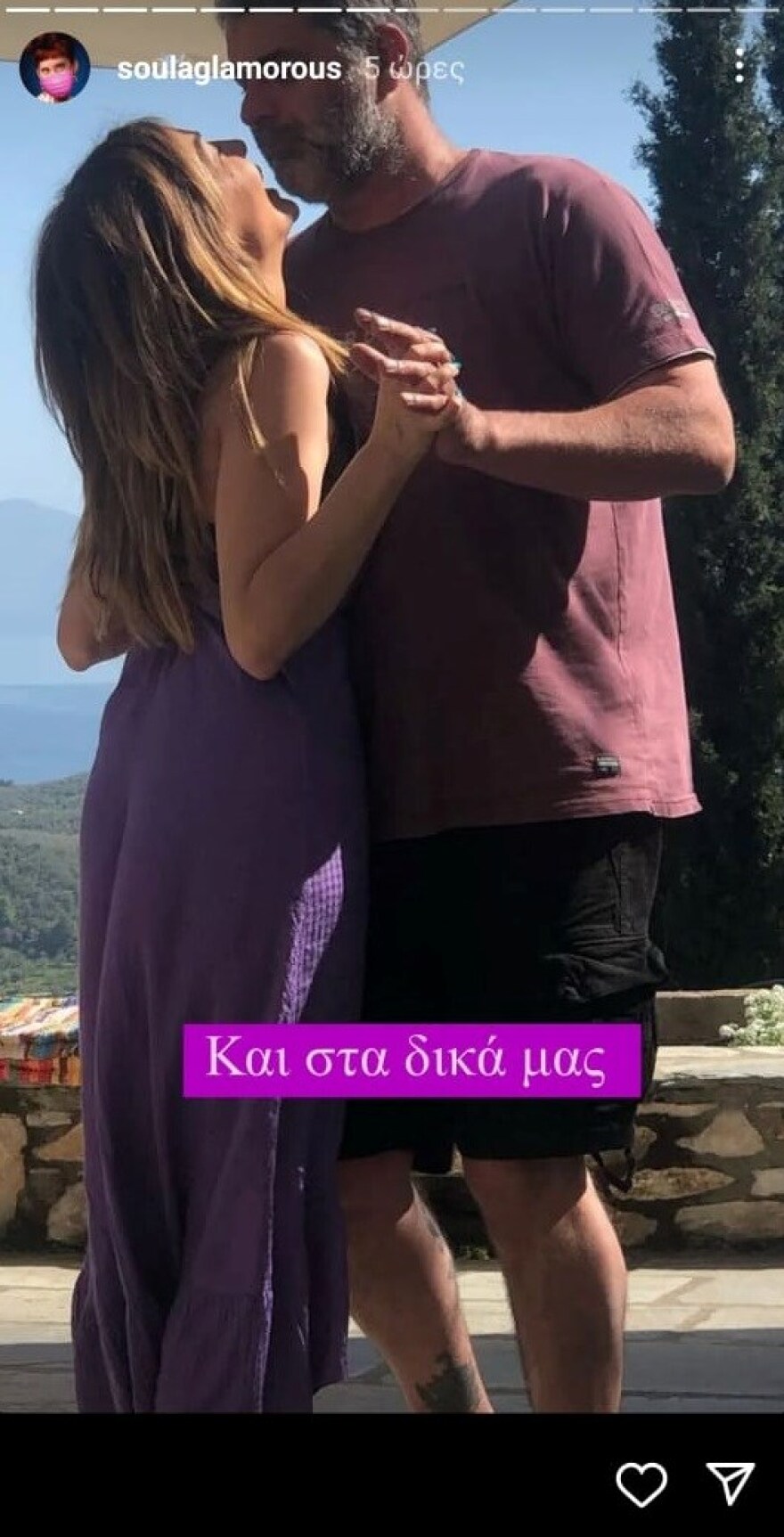 How the gossip started

Despina Vandi and Vasilis Bisbikis are sure to have a great time together. After hiding their relationship for the first few months, the couple enjoy their love undisturbed and in fact often uploads photos on social media.

The two of them spent a few days ago their first Easter as a couple in Pelion, and lately they are inseparable.

Despina Vandi: How did she respond to the possibility of marriage with Vasilis Bisbikis?

Despina Vandi: Her song dedication to Vasilis Bisbikis and their kiss – “Here is my love” (VIDEO)